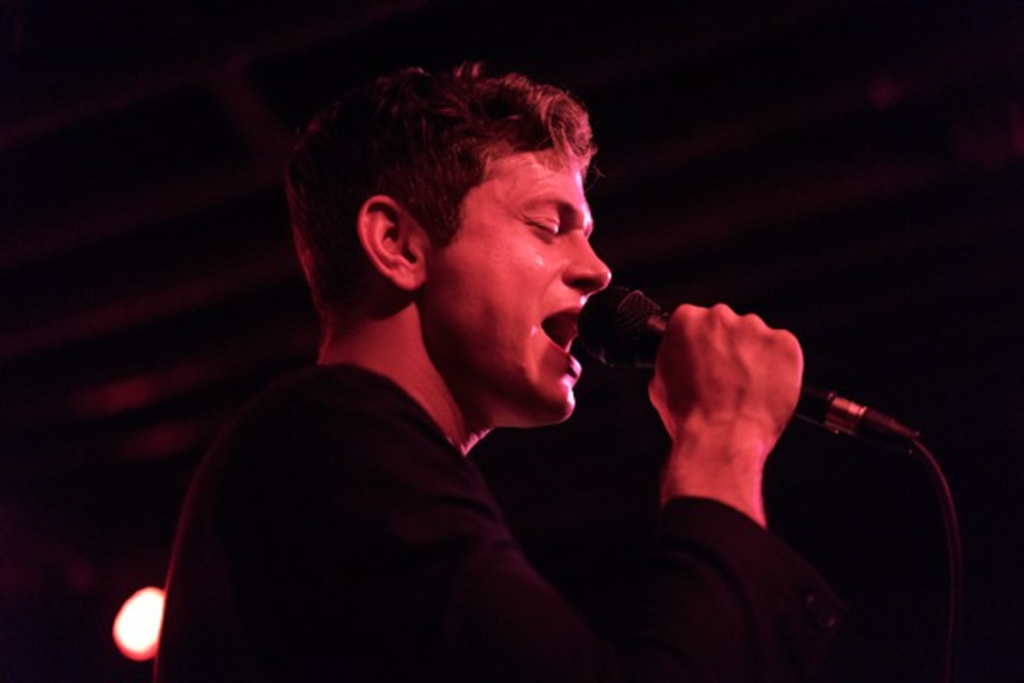 Mike Hadreas – who performs as Perfume Genius – didn’t talk much between songs at his Riot Room show last night. When he did, his banter was a little strident, a little self-conscious – as though he was afraid to really speak directly to the audience. It makes sense: Since the release of Hadreas’ debut full-length, Learning, in 2010, the artist has become widely known for his delicate, deeply personal songwriting. It’s not the kind of performing that comes naturally to anyone.

But if he was a little awkward in between, the songs themselves – all 20 Hadreas performed last night in his hour-long set – were flawlessly presented. Wearing a black long-sleeved onesie pantsuit and bright red nails, Hadreas opened his show with the ominous “My Body,” off his latest album, Too Bright, released last week. Hadreas is a surprising vocalist, and it’s wonderful to see him matching his on-record tricks in a live setting; in “My Body” alone, he began with a low, haunting baritone and pushed through high-pitched, screeching licks. And at “Take Me Home,” the elegant melody was enough to break your heart in half. 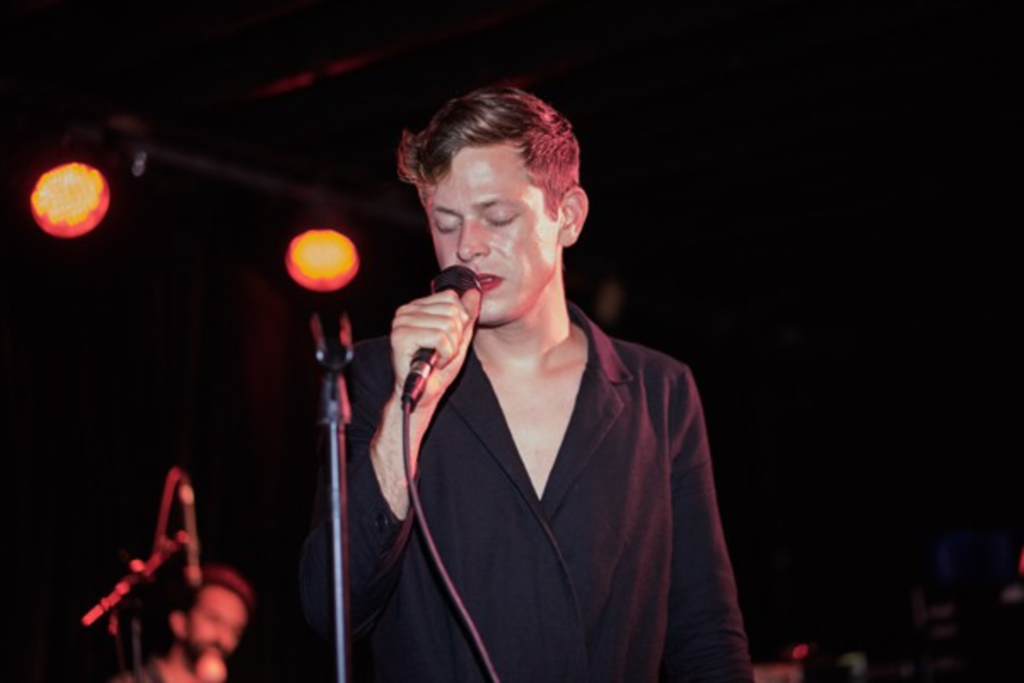 One of the highlights came with “Grid,” a particularly violent-sounding song off Too Bright. Hadreas had an almost Elvis-like swagger in his voice, and the song slowly built to a horror score-like squeal – it was impossible to tell if it was from a guitar or pre-recorded vocals, until Hadreas let out a terrifying scream himself. It was visceral and even a little alarming.

“I’ve been working on that scream,” Hadreas shyly told the audience a few moments later, taking a seat at his keyboard centerstage. “I wanted it to be not, like, melodic, just like, I need help.” He laughed gently into the microphone as the audience laughed with him.

For the most part, the small Monday night audience was rapt – the quiet construction of Hadreas’ songs necessitates this, and listeners seemed too afraid to miss any of the subtle nuances of his performance to be obnoxious. Notable exceptions to this include the one dumbass who insisted on taking flash photos with his Android throughout the entire show and the two girls behind me, who were loudly giggling and cooing over Hadreas like he was a koala at a zoo. 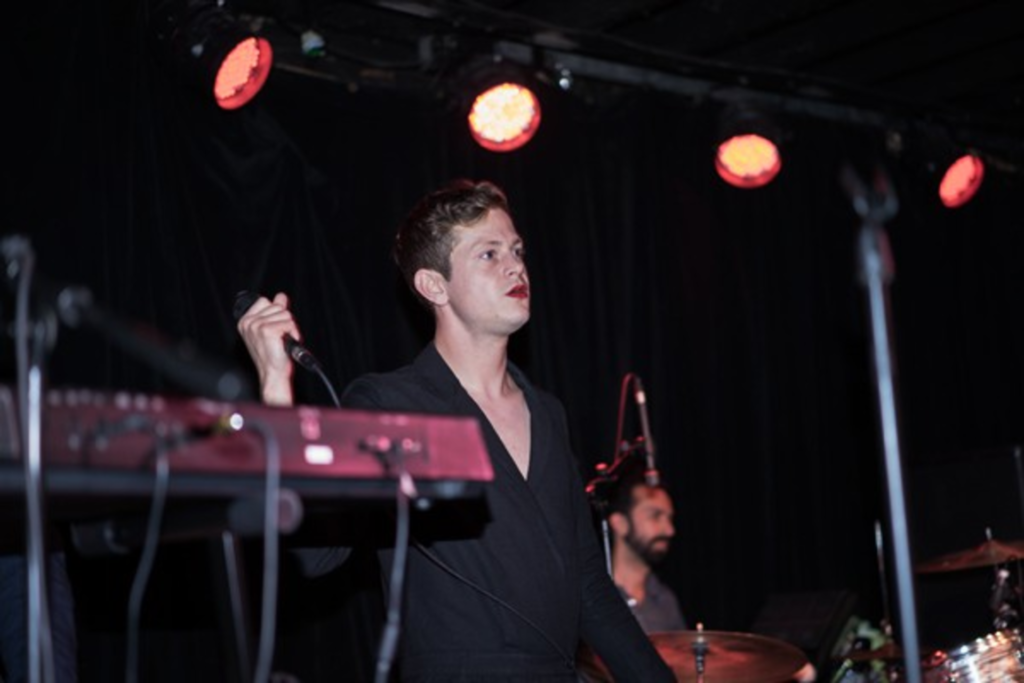 Throughout the evening, Hadreas went back and forth between performing standing with mic – twisting and wrapping the cords around his hands – and sitting at his keys. When it came time for “Learning,” Hadreas’ boyfriend and co-keyboardist Andrew Wyffels sat next to him for a duet. It was a stunning interaction, and Wyffels mouthed the lyrics as Hadreas sung them.

The two presumably straight (and hopefully drunk) girls behind me were beside themselves at this exchange, and exclaimed to one another variations of “He is the cutest thing,” “How cute are they,” etc. That they didn’t realize the inherent flaw in their sentiment – that they were essentially trivializing Hadreas’ sexuality and the beauty of his work – was especially disappointing, given the themes Hadreas explores in his music and the stance he takes on Too Bright.

Still, if Hadreas heard these girls – and he was sure to at least on a few occasions – he was a good sport about it all. Hadreas has, after all, heard much worse. As he introduced “Queen,” the lead single from Too Bright, he addressed the audience more directly than he had all night. 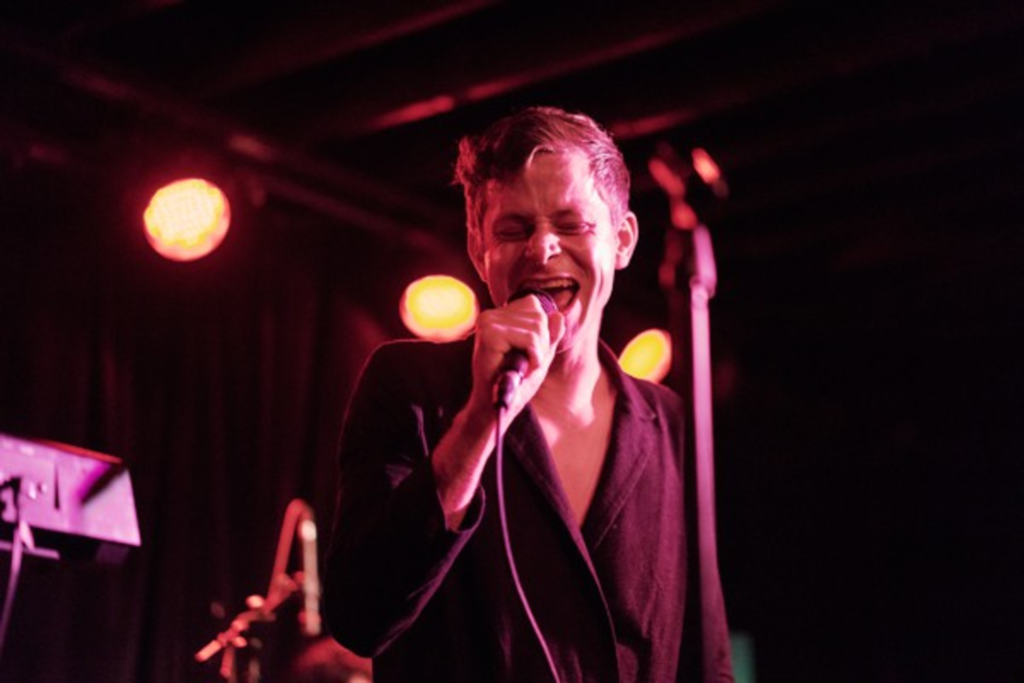 “We made the video for this next song here in Kansas City, and a lot of the people that helped on it are here tonight,” Hadreas said. “Thank you all again very much.”

He rose from his keyboard and poured every last bit of himself into the lyrics. Don’t you know your queen, he asked, grimacing into the microphone, No family is safe when I sashay. For the first time, the crowd sang along with him. As soon as the final chorus left his lips, Hadreas saluted the audience and stepped offstage into the crowd while his band continued playing. There were four more songs listed on the setlist as an encore, and Hadreas didn’t return for them. He didn’t need to. 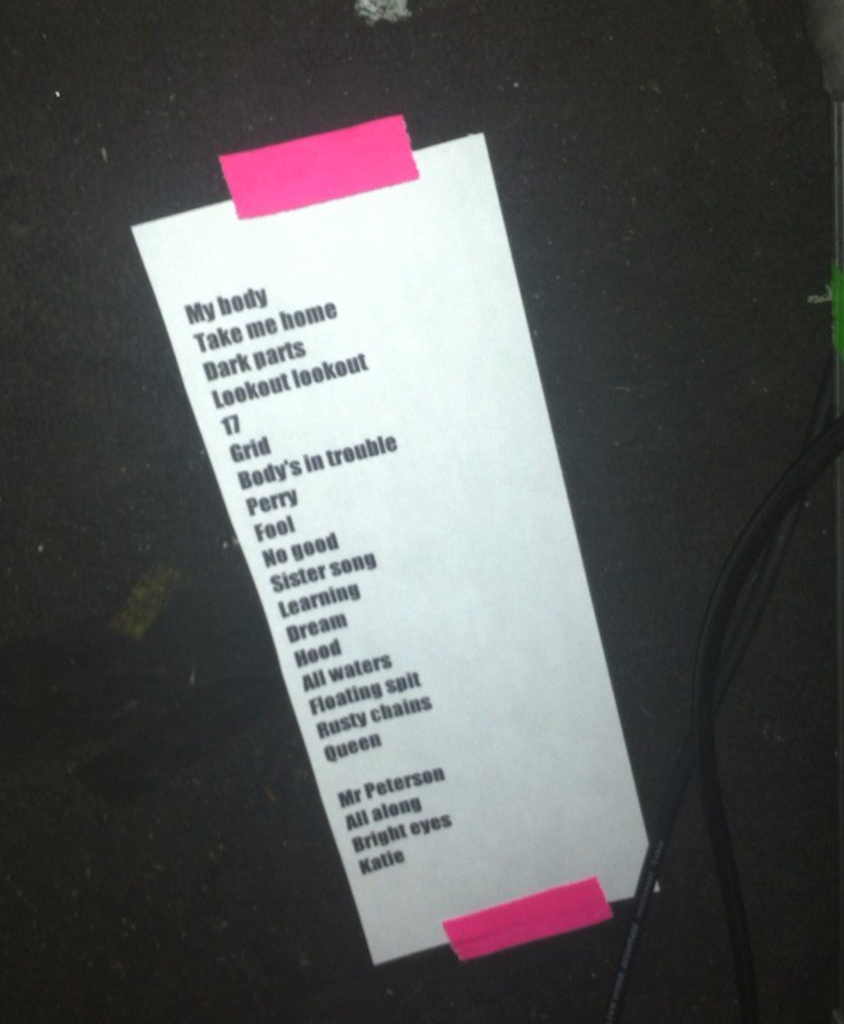