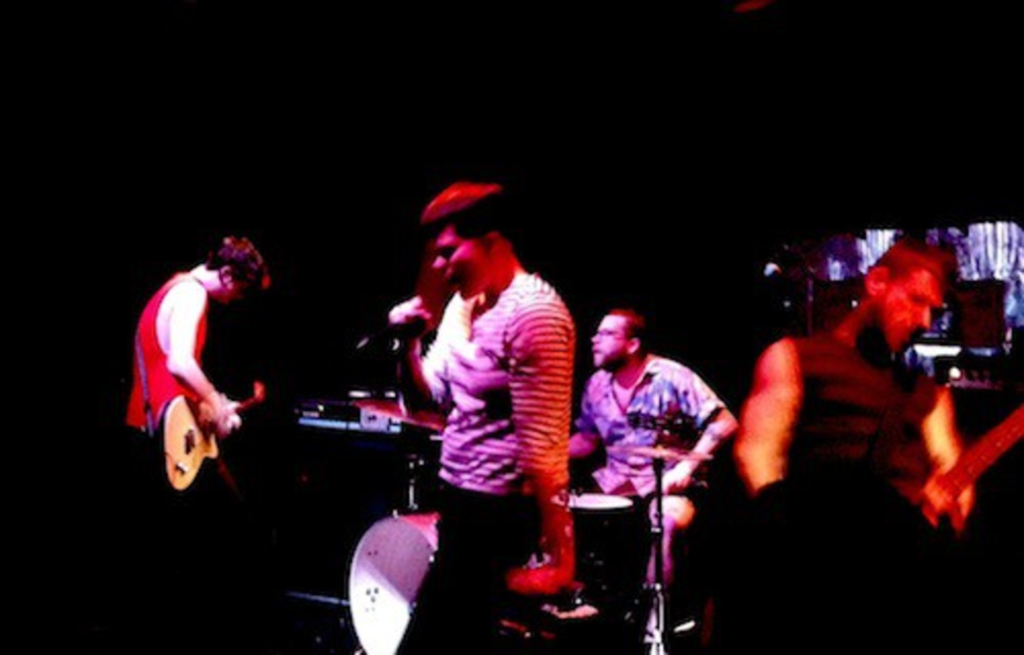 Perfect Pussy opened nice and wide for KC on Friday. The punk band has been setting the Internet on fire since the release of its debut four-song demo EP, I Have Lost All Desire for Feeling, back in April, and Czar was filled with an eager audience.

See also: A conversation with Perfect Pussy’s Meredith Graves ahead of the band’s show at Czar Bar this Friday

Opening band RLT, a playful twosome, had a charming, childlike demeanor. Too afraid to talk into their microphones or engage with the crowd, the duo’s self-sustained interaction drew viewers in and stimulated voyeuristic sensibilities. It was as if you were watching a shy El Ten Eleven in Nikes and colorful pants to fit the skinniest of adolescent legs. They were the perfect low-key warm-up to the abrasive ear-pounding that Perfect Pussy would deliver later.

Perfect Pussy came together in 2010 as a fake band filming the indie flick Adult World, starring John Cusack and Emma Roberts. The foursome casually played until two years later, when they pursued Pussy seriously. Lead singer Meredith Graves has talked openly about the drive behind Perfect Pussy’s music, in which her lyrics frankly address the abuse she suffered from a previous relationship.

When the band’s I Have Lost All Desire for Feeling EP came out on Bandcamp, hipster taste-making machine Pitchfork proudly proclaimed Perfect Pussy as “one of the year’s boldest new rock bands.” Since then, Perfect Pussy has enjoyed perhaps more popularity than it would have otherwise – not that the band doesn’t deserve it.

“Check, one, two. Check, one, two,” reverberated through the speakers as the sound check left the red-stained lips of the Parisian-outfitted frontwoman. The doll-like Meredith Graves was reminiscent of a 1960s’ punk Jean Seberg circa Jean Luc Godard’s Breathless. She laughed quietly through the scattered check and opened her eyes wide: “Failure is always an option,” she purred. 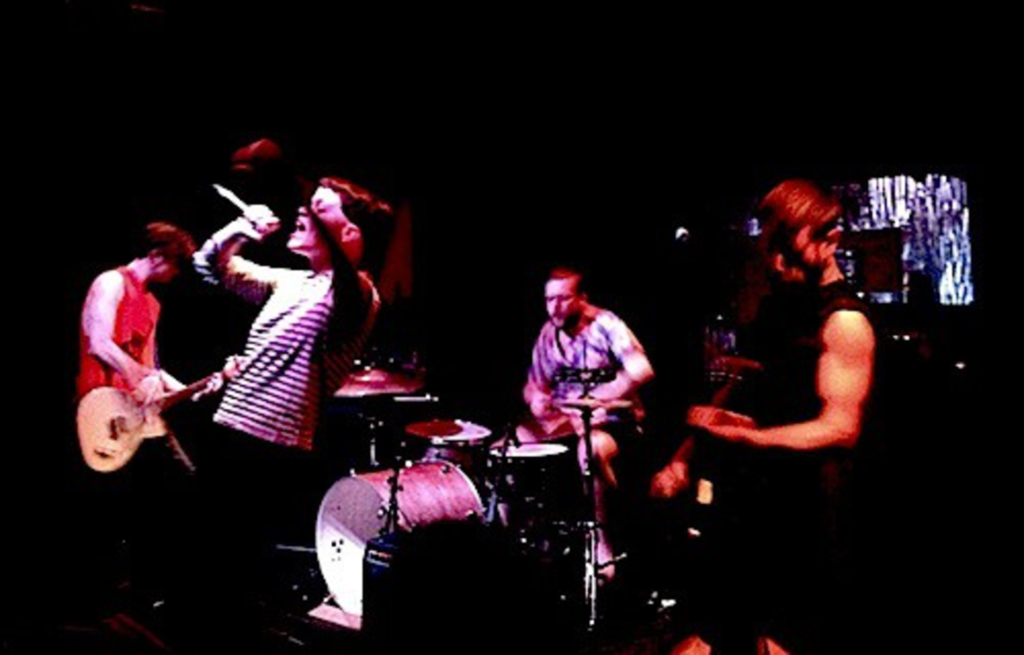 Perfect Pussy’s playful percussionist bounced his top knot side to side while the palm trees of his pink Hawaiian bowling shirt moved like the hips of a Hula Girl bobble head glued to your dashboard. His light-hearted poise was a perfect backdrop to juxtapose the palpable tragedy in Graves’ bold statements. This may or may not have been the reason that the Friday-night crowd responded so well to such depressing songs.

The crowd was restless, like a gathering of hungry children waiting for a hot soup-kitchen dinner. Audience members gathered closer to the Syracuse band as Perfect Pussy began its set. Sounds began to meld as Perfect Pussy pummeled the crowd with its furious sounds. The doe-eyed Graves teased the crowd with four tracks from the band’s debut mixtape, and the thrashed-out noise punk exploded briefly and beautifully, evocative of a dark basement bar show, rank with fresh sweat and stale PBR.

Graves stated in an interview with The Pitch that her musical focus wrestles with pain: “Lots of personal pain, and trying a lot of different outlets to deal with stuff that’s happened and not finding one for a long time.”

Pain certainly came through in Graves’ songs on Friday night. Despite her shouting, Graves’ lyrics were mostly mired by a fog of noise, though there was an occasional phrase that made it into the crowd: “I am here and I have died,” she exclaimed from the song “II,” her eyes pinched closed.

The lowered volume on Graves’ vocals might have been due to the fact that she was sick, as she told the crowd before the band’s final song. No matter. Perfect Pussy’s set lasted for barely 25 minutes, but there was hardly anything missing.