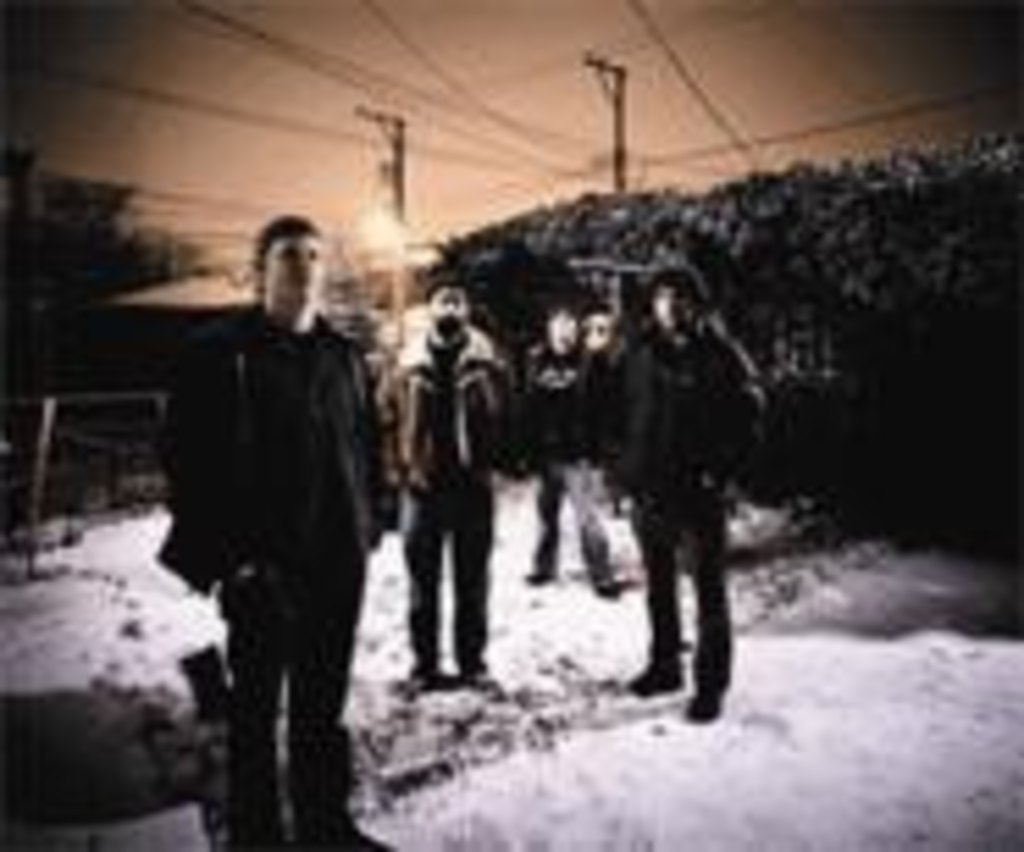 Winemakers must really be onto something.

While the rest of the world tries to evaluate every micro-success and mini-failure in life by the day, the hour and the minute, vintners have known for centuries that the perfect measure of quality is calculated by the year.

Any more than 365 days, and you begin to lose perspective. Any less, and you’re just guessing.

If the Appleseed Cast were a bottle of wine, 2004 would’ve been a very bad year. A bitter harvest for a band that had seen so much success from its previous vintages.

Just a few years earlier, the Southern California-turned-Lawrence four-piece was at the top of its game. After releasing two volumes titled Low Level Owl in the latter half of 2001, Chris Crisci (vocals, guitar), Aaron Pillar (guitar), Marc Young (bass) and Josh Baruth (drums) were introduced to a whole new set of fans and critics, all of whom raved over the band’s newfound love for the experimental.

Before 2001, Appleseed Cast was an emo band from California. After relocating to the Midwest and releasing the Owl albums, it was “America’s answer to Radiohead” — or at least that’s what a handful of critics said.

To capitalize on their successes, the band members quickly fulfilled their five-album contract with Deep Elm Records by releasing Lost Songs in 2002. Early the next year, the band signed to Tiger Style records, an up-and-comer at the time, and released Two Conversations.

That’s when everything started to sour.

Unlike the band’s previous albums, Conversations wasn’t the smash hit that it was expected to be. Some even said the album lost much of the creative ground that its predecessors had gained. But worst of all, Tiger Style dropped the band from its roster, citing financial problems.

“It was a money thing with Tiger Style,” says Pillar on his cell phone from a tour stop in Portland, Oregon. “I think it just wasn’t really financially viable for them to keep putting out records. Initially, it wasn’t that big of a deal because we were like, ‘OK, we’ll keep going,’ but it was pretty bad timing because we’d had a pretty depressing tour.”

Without any help from the label — and with some nasty issues with women and alcohol bubbling just below the surface — Pillar says the band lost its momentum.

“There was really no support, and I also had some really wacky personal stuff going on, and I couldn’t really concentrate on the band at all,” he says. “We just sort of ended up taking eight months off, which is really not a great idea to do when you’re in a band.”

While Pillar was working through his demons at home, another problem was brewing within the band’s ranks. Baruth, for what Pillar and Crisci describe as “undisclosed personal reasons,” quit the band.

“It just wasn’t working out,” Pillar says. “Between the four of us, the band was very dysfunctional. Personally, I just don’t think we were really clicking.”

If life were an After School Special, this would have been the rock-bottom moment in Appleseed Cast’s history. In a way, Pillar says, it was, but it also gave the band a jumping-off point.

“It sucked to have that kind of period of time off, but I think in some respects, it was sort of a rebirth for all of us,” he says.

Drummer Nathan Richardson — formerly of Coalesce and the Casket Lottery — replaced Baruth, which gave the band the heavier edge that Crisci says it had been seeking.

“For a while, especially while writing Two Conversations, we wanted to bring out a little more intensity than we were able to, and Nate really facilitates that,” Crisci says.

With Richardson onboard, the band members hooked up with producer John Congleton (Modest Mouse, Explosions in the Sky), packed their bags and headed for Pachyderm Studios in Cannon Falls, Minnesota. The sessions marked the band’s first in a studio outside of Lawrence since its debut album, The End of the Ring Wars, which it made while still in California.

“We really wanted to get away to record, too — to go somewhere and not be distracted by everything at home,” Crisci says.

“Before, we’d go home and go out to the bar or something, and this way, it was like we just had to work,” Pillar adds. “We’d never actually stayed at a studio — we’d always been in Lawrence, so we could drive home at night.”

Congleton also forced the band members to record the album together at the same time, something they had never before tried.

“We recorded everything live, and for me, it’s funny that we had ever done it the other way before,” Pillar says.

The result is Peregrine, which hit stores on March 21. Although there are a few traces of the band’s early work, a haunting, ethereal feel permeates the album.

“I think it may have come out a little more surreal than we were anticipating,” Crisci says. “When we came out with the first roughs, it was a lot more spooky than I thought it was going to be.”

“We actually wrote a lot more songs than we normally have completed before we go to the studio,” Pillar adds. “I think it just kind of became more of an album, as opposed to maybe an album based around a couple of strong songs.”

But will Peregrine be enough to get the band back on track?

“My fingers are crossed,” Pillar says. “I think it’s the best-recorded, most-together record we’ve put out, so I think it’s got a lot of things going for it. I think the label is doing things a little different than we’ve had in the past, so everybody feels really optimistic about it.”

It’s still too early to tell, but with a new bandmate, a 50-city tour and an impressive album on the shelves, 2006 could be the year that the Appleseed Cast finally makes it to the top shelf.