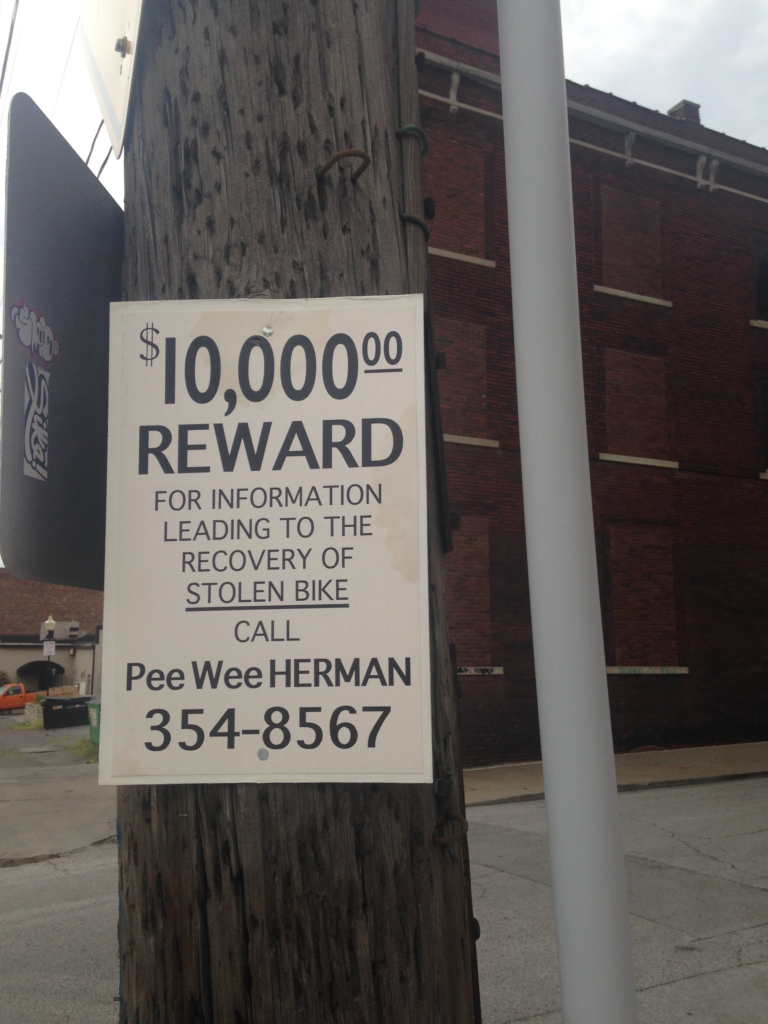 Something awful has happened to Pee-wee Herman: His beloved bike has been stolen. Again.

While walking my dog, “The American Dream” Dusty Rhodes, through the Crossroads earlier today, I stumbled across an ’80s flashback of a reward sign posted on a telephone pole along 17th Street between Walnut and Main behind the Mainmark building.

Unfortunately, the number listed has been disconnected — after 30 years. Has anyone checked with Warner Bros. to see if they have it?

Of course, Pee-Wee has been here before.

Last year, Pee-wee’s original beach cruiser sold on eBay for $36,600. The seller claimed to have purchased it for $10,000 … although, how can we really be sure of the authenticity of those claims? As we all know, Pee-Wee wouldn’t sell his “bike for all the money in the world. Not for a hundred million, trillion, billion dollars!”

If you need a refresher what Pee-wee’s bike looks like, here’s a pic. 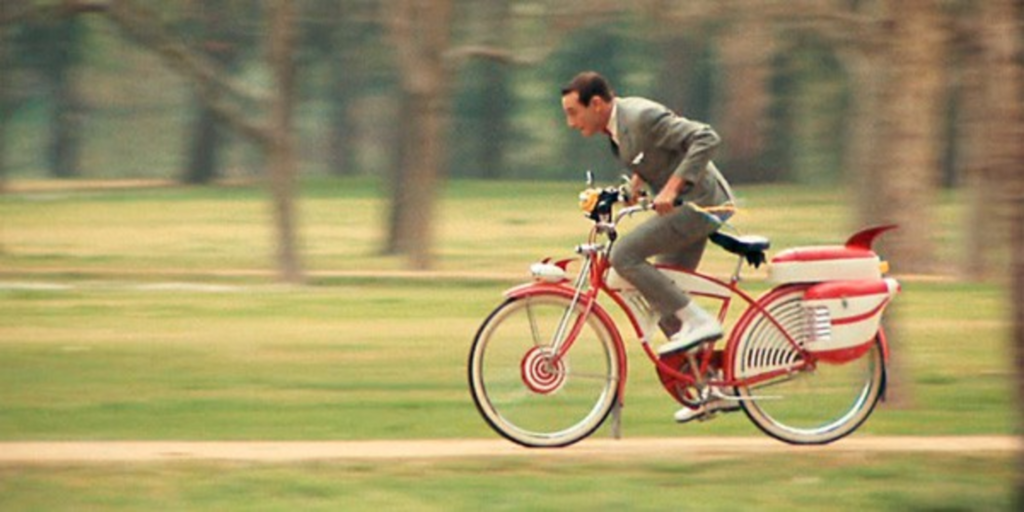 Keep us posted if you’ve seen it.