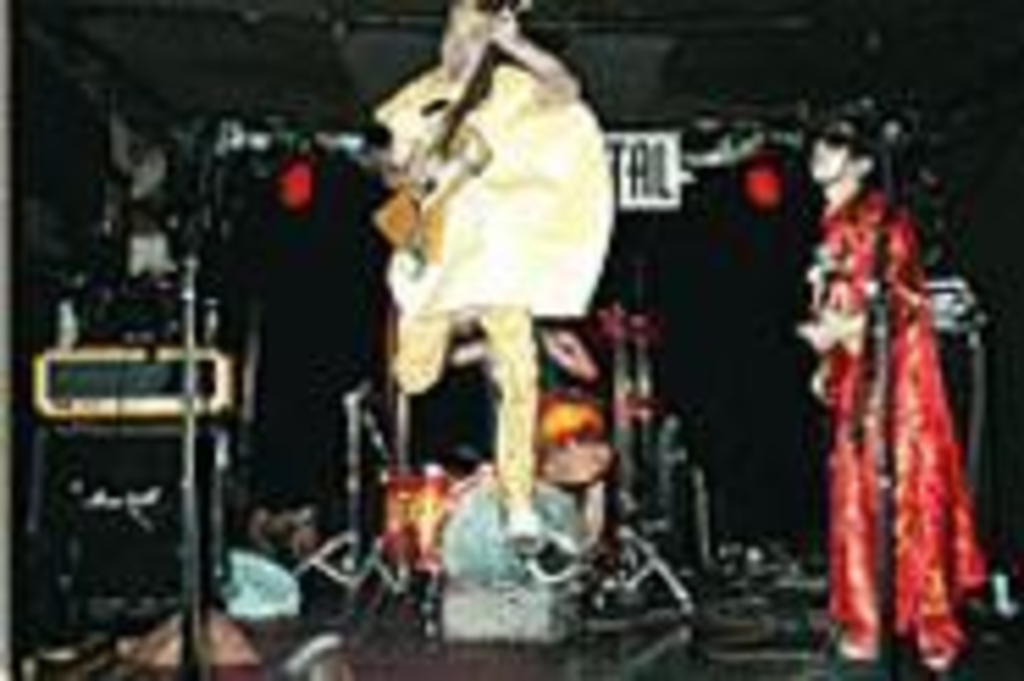 You know a North American music trend has gone completely mainstream once it hits Japan. During the ’80s, the SoCal spandex scene produced a Far East counterpart called Loudness; in the ’90s, Shonen Knife turned heads with lo-fi quirkpop. Now Peelander-z, a self-described “Japanese Noodle Samurai punk band,” threatens to do for pop-punk what Honda did for gas mileage. But this is not your average Stussy-and-shorts mallrat music-making. With Crayola-colored plastic hair à la Kool Keith, funky fly shades that would make Bono drool and memorable tunes that stick around long after they’re finished, the New-York-by-way-of-Tokyo trio has more than a few tricks up its sleeve. In concert, Peelander-z comes across like Devo after 57 shots of espresso, cranking out hilariously precise two-minute “Japunk” ditties that pack sting and punch into every bite.