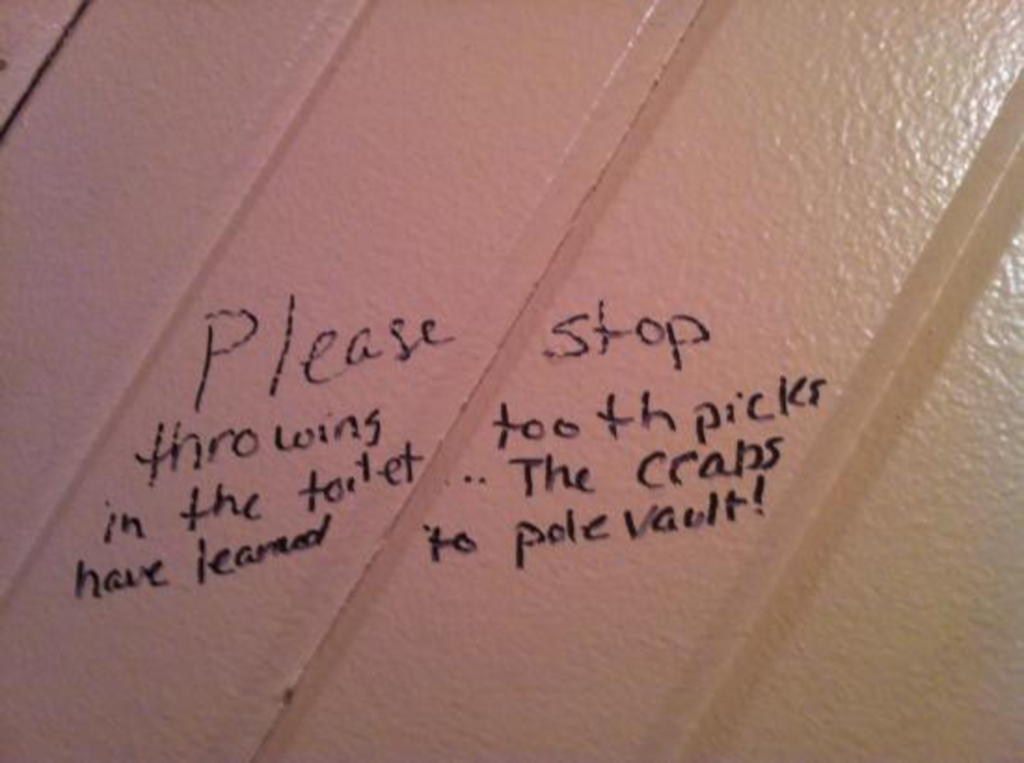 Pee Party is a regular column where we investigate bar restrooms.

My friend turned 30 last Thursday. We went out for dinner, and afterward, about 10 of us piled into a conversion van and drove out to the Red Balloon, a bar just west of Switzer on 75th Street that offers karaoke every night of the week. You might think the mood at such a place would be festive and friendly. This is not, generally speaking, the case at the Red Balloon. Every time I’ve been there, the regulars eye my party with suspicion, and the bartenders check our IDs way too carefully. It’s kind of a dark scene. There are also some dead-serious karaoke singers who hang out there, who do not think it is funny when people like me and my friends waltz in all drunk and perform fake-dead-serious, deeply condescending versions of songs like “Hero” by Chad Kroeger of Nickelback. At one point, a bald man who apparently serves some kind of managerial role there, got up to sing some dumb song and stopped a third of the way through, citing issues with the sound mix. He just stood on the stage fuming and staring at the words on the screen until the song was over. Then he went over and got in the emcee/sound guy’s face. He was pretty fired up. Then he stormed off to the bar and ordered a shot. It was all pretty weird.