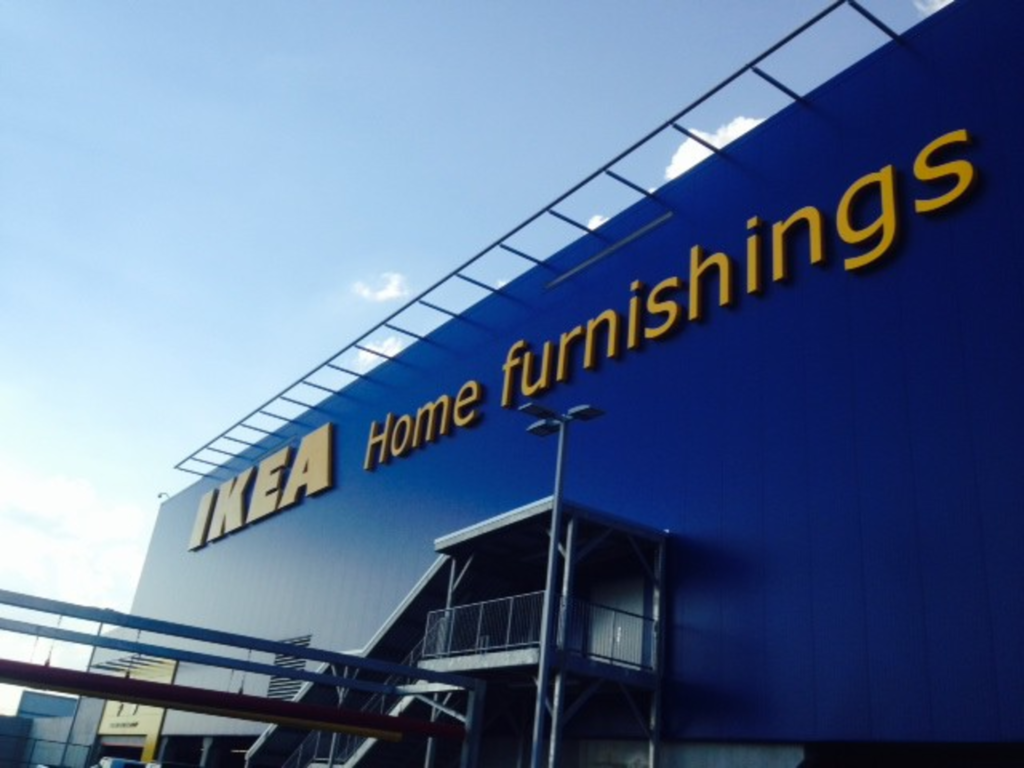 The new Merriam IKEA is conveniently located near a highway exit, off Interstate 35. But IKEA is not a place to quickly stop in and relieve oneself during a road trip. Last Sunday, there seemed to be about as many parking attendants directing weekend traffic at the Merriam IKEA as there are at a midseason Royals game. It was about 15 minutes between the time I pulled off the highway and when I actually stepped foot inside the store. Time is among the prices Americans are willing to pay for aesthetically pleasant Swedish home furnishings.

Why was I at IKEA? I don’t remember. I didn’t buy anything. I think I wanted some shelving. But all I did was wander around the weird IKEA shopping path for a half-hour, in a daze, then walk out to my car and drive home, confused. The only proof I have of my time at IKEA is these pictures I took of the restrooms, which are vaguely European. 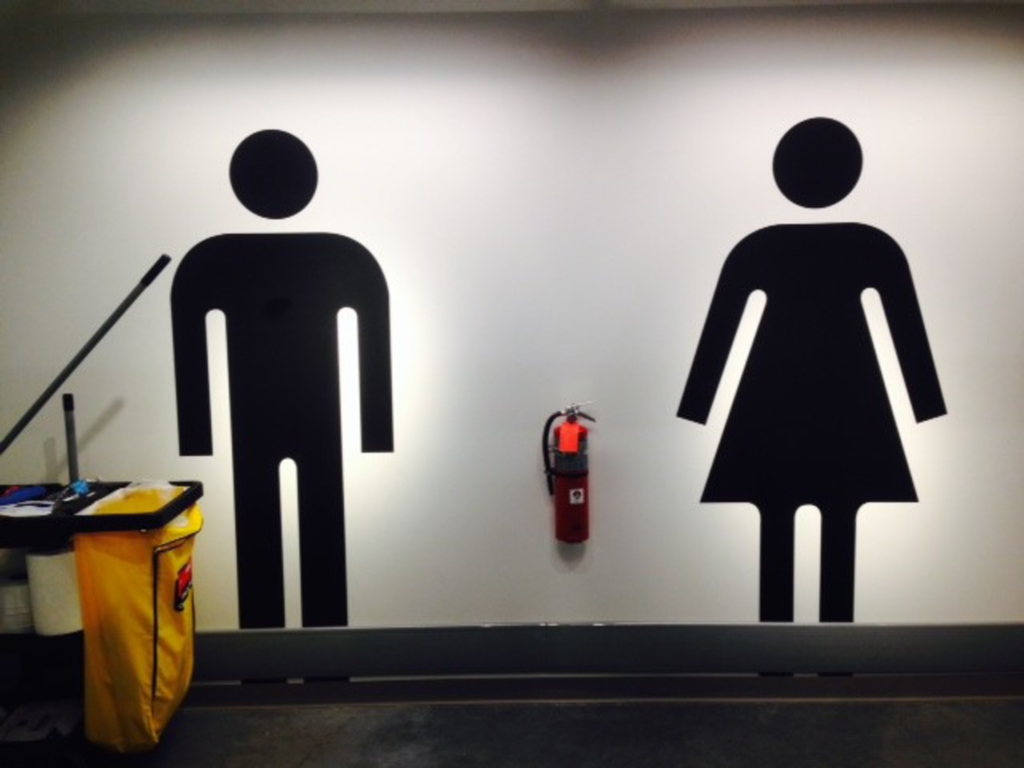 I’m a fan of the way IKEA uses the universal restroom symbols. These are the restrooms near the cafeteria, which was serving large slices of chocolate cake for something like $3. 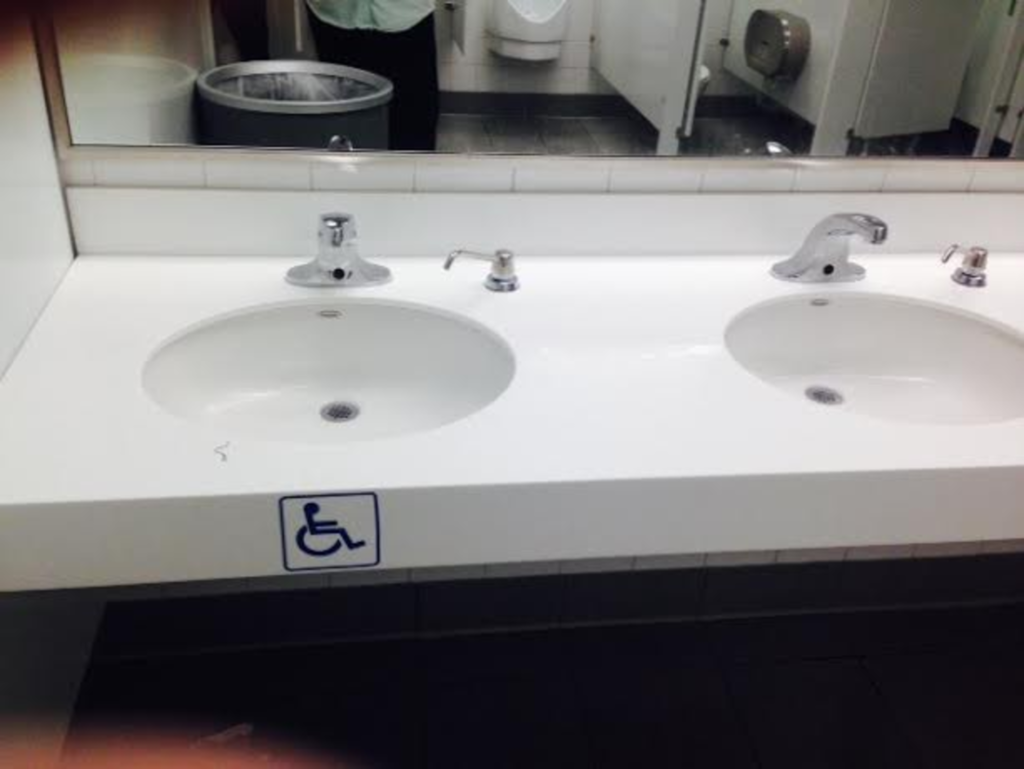 IKEA is very sensitive to the needs of its disabled customers, which I think we can all applaud. 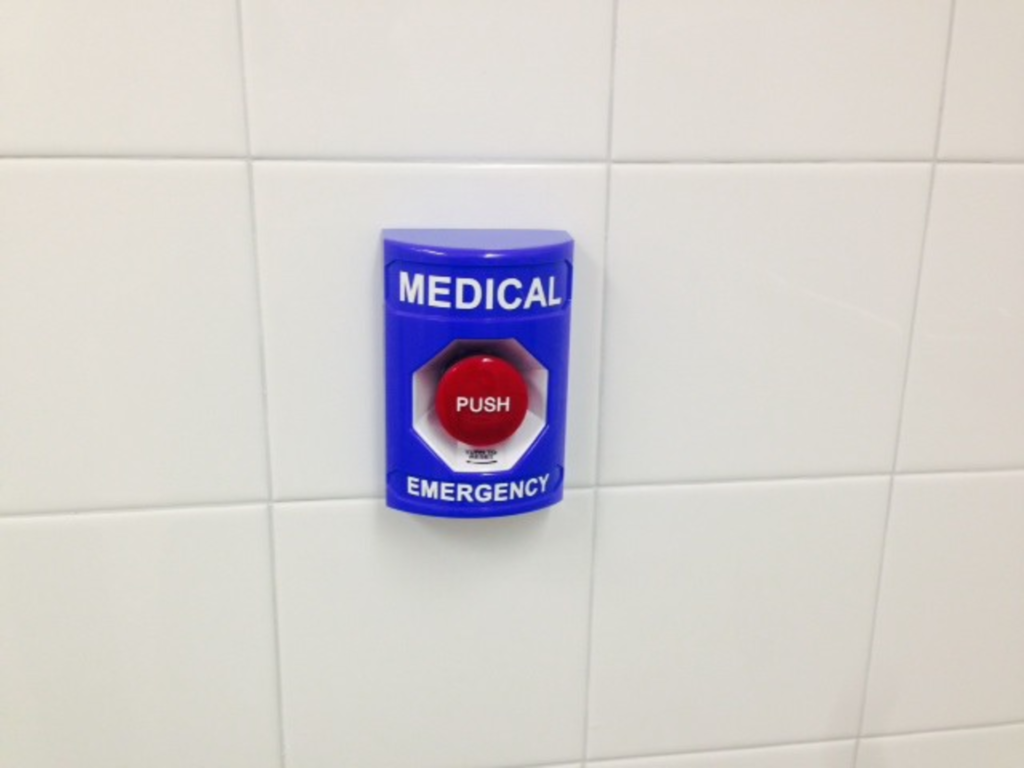 There’s also this button in the disabled restroom stall, which looks like the button that the President pushes when he decides to bomb the U.S.S.R. 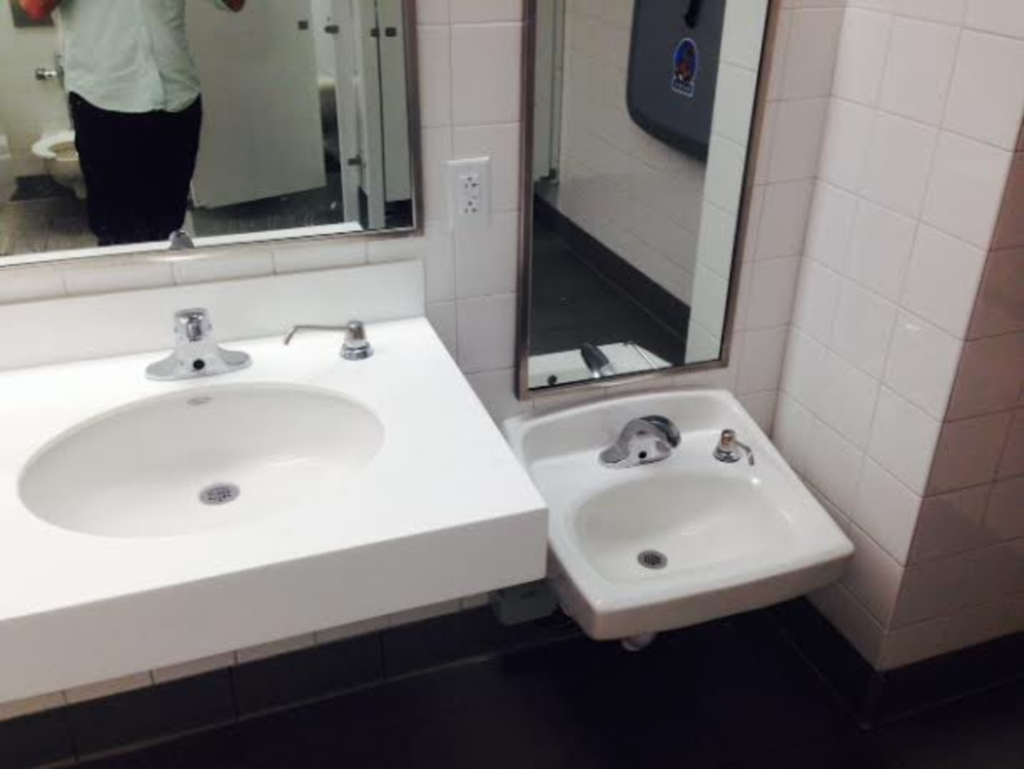 That sink on the right is for children, I think? 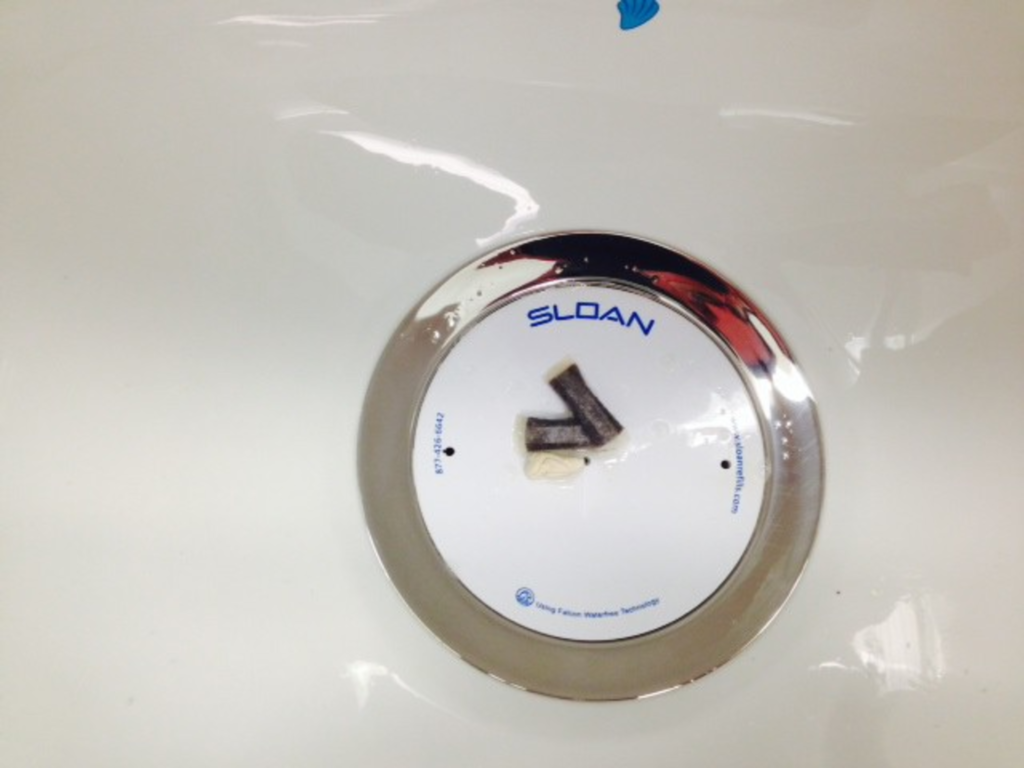 IKEA provides eco-friendly, water-free urinals for its customers, which is also commendable. This particular urinal contained two discarded chewing-tobacco pouches, or snus. Like IKEA, snus were invented in Sweden. I don’t know what Swedes do when they’re done chewing their snus, but in America we spit them out in urinals, and we don’t care if they’re the fancy type of urinals that don’t flush.

This has been Pee Party. See you next time.