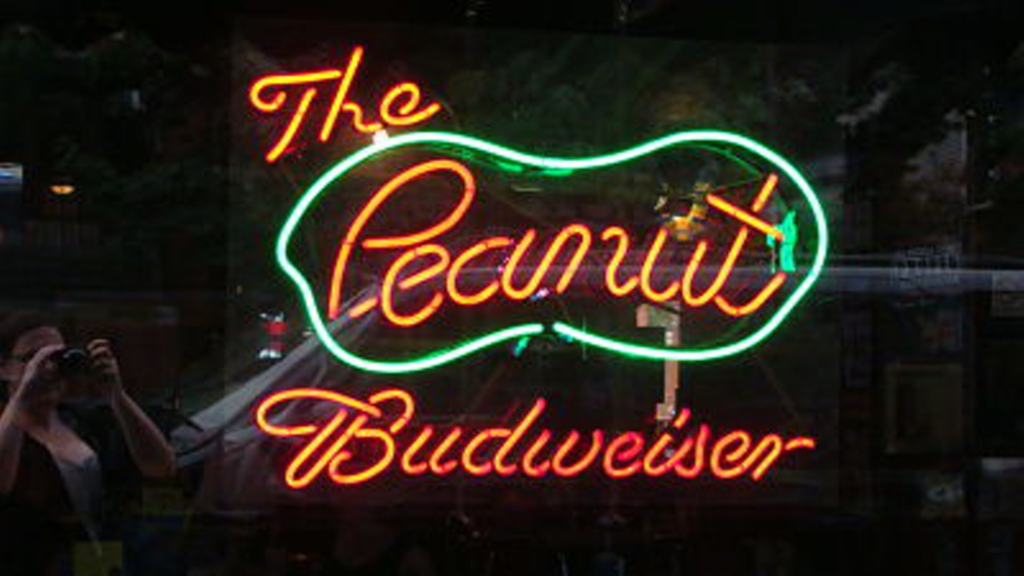 There was a time in my life when I was calling in orders of the Peanut’s delicious hot wings on a very regular basis —at least biweekly, maybe every week. There were certain days when simply nothing else would do. One day, I was sitting inside waiting for my wingies to cook, and a man bellied up to the bar and said to the bartender, “Can I get a half-dozen?” He meant a half-dozen wings — my same order. I liked the shorthand lingo, and ever since that day I order the same way. It makes me feel cool and clubby to drop the word “wings” from my order. That’s my main story about the Peanut. I also like the BLT. And sometimes I get a grilled cheese and add bacon to it.

I’ve imbibed at the downtown location of the Peanut (418 W Ninth St.) a few times in the last month. One afternoon, as I was walking to the men’s room, a guy hopped off his barstool ahead of me and beat me to the punch. As I waited outside for my turn, a woman exited the women’s room. There were only a few other people in the bar. So I did my business in the women’s room, and photographed the interior. Later, I photographed the men’s room. Both sides, now. 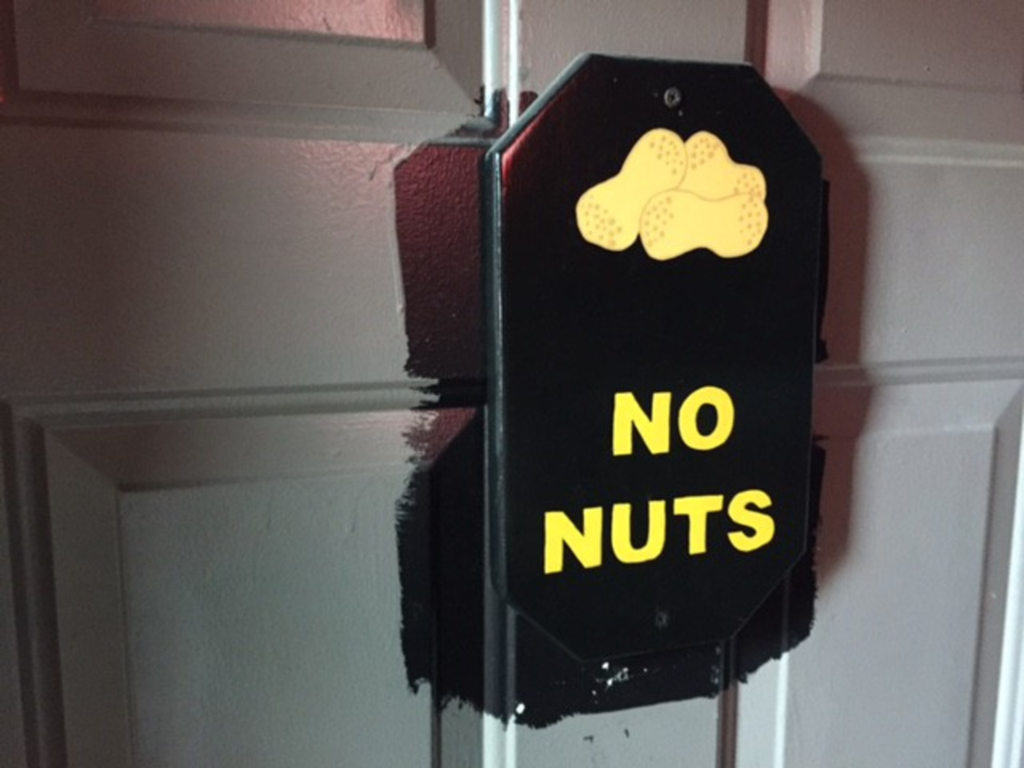 NO NUTS = Women. NUTS = Men. Nuts being slang for testicles. 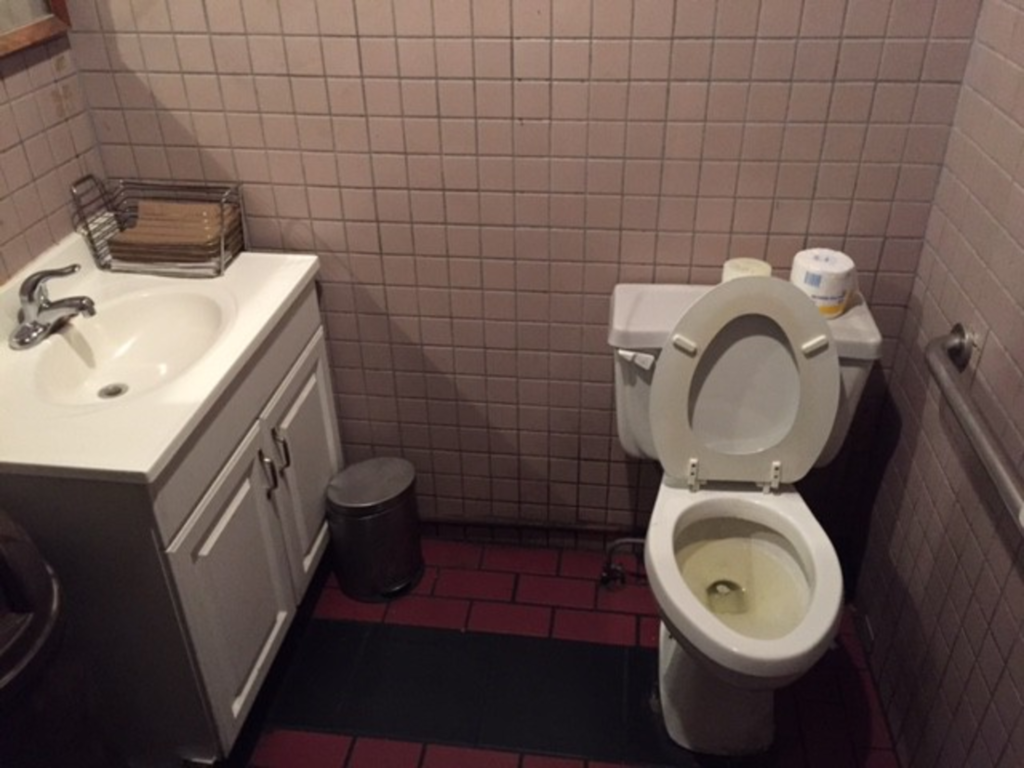 In addition to usually being cleaner, women’s rooms are often more interesting than men’s rooms — sometimes there are chairs or couches in there, or artwork. The downtown Peanut women’s room is not noticeably nicer than the men’s, and it is also more boring. That is not my urine. 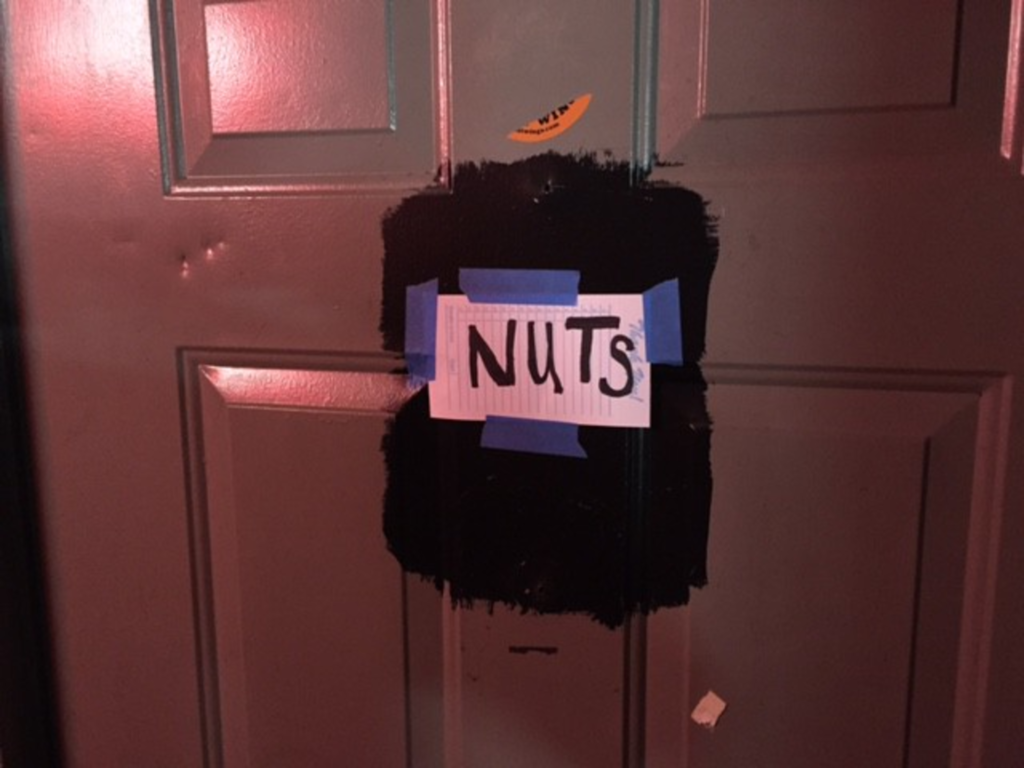 Something happened to the old “NUTS” sign — graffiti maybe? — and so the new “NUTS” sign was written in Sharpie on an order pad and slapped onto the door with blue painter’s tape. 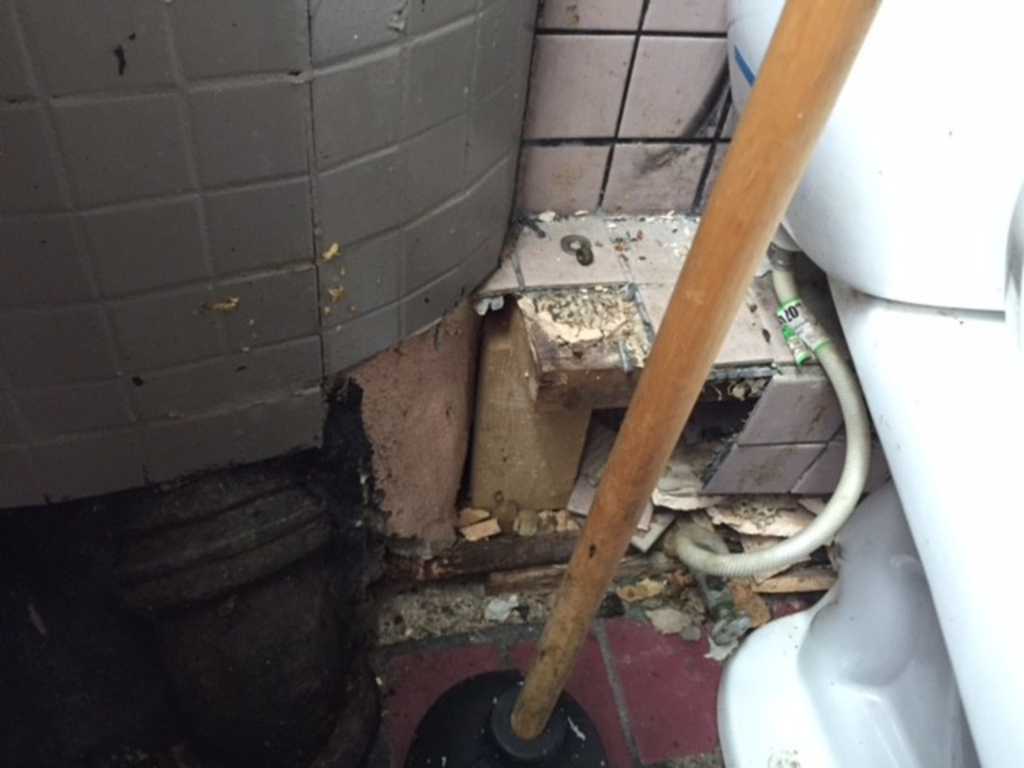 Some repair work needed below the men’s toilet, probably. None of my business! 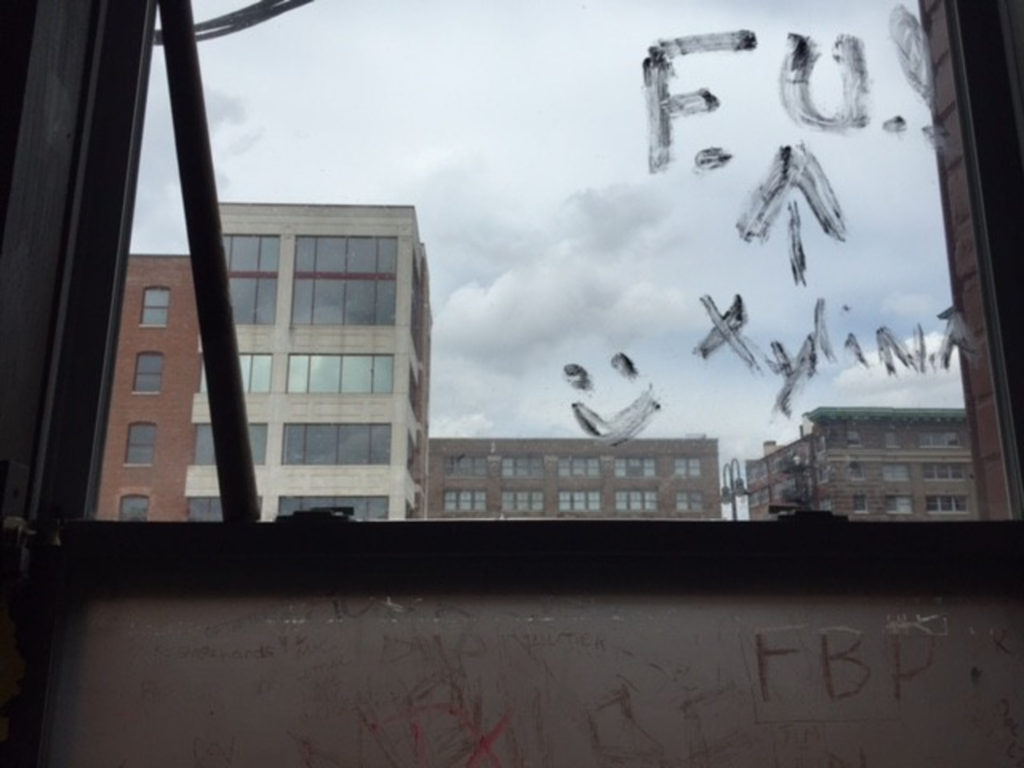 My favorite thing about the downtown Peanut men’s room is the window, which offers views of these old downtown buildings. At night, when the light is on the bathroom, the people up in those buildings can see right in and watch as you relieve yourself. I welcome the scrutiny.

This has been Pee Party. See you next time.