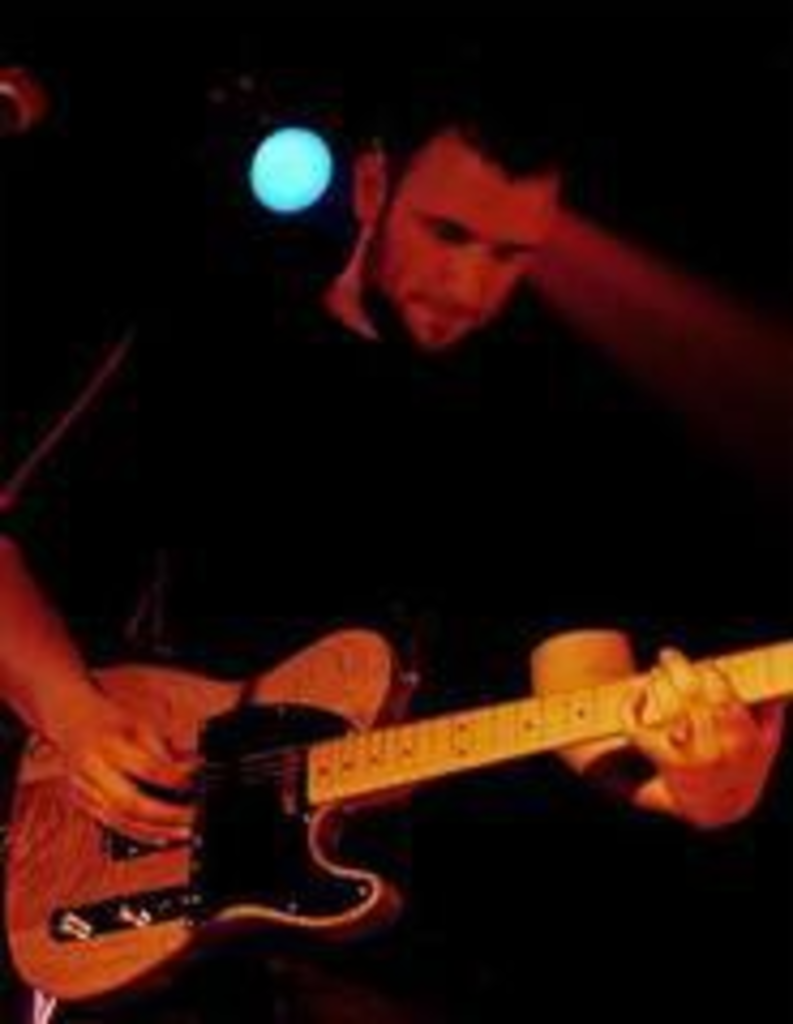 As I entered The Bottleneck, I looked around and, for the first time in quite a while, didn’t recognize most of the faces that gazed back at me. Whether this was testament to my own growing old or to the crowd that Pedro the Lion and the other low-key Christian acts on the bill draw, I’m not sure.

Lawrence’s Appleseed Cast opened the show with a set that, while it wasn’t the band’s finest, was certainly nothing of which to be ashamed. After a month on the road, the band was excited to be back in front of a hometown crowd, though apparently not stoked enough to engage in banter or any other form of dialogue with the audience. A bit of that excitement apparently caused the band to rush things a bit, with Josh Baruth’s amazingly technical drums shifting tempos and giving the songs a more forced feel than on Appleseed Cast’s latest record, Mare Vitalis. Occasional rifts in pacing aside, the band members were convincing in their delivery, focusing on their instruments and creating intricate compositions. The members of Appleseed Cast play their dark yet uplifting epic rock for no one but themselves, but even without much of an effort to initiate audience interactions, the group proved that sometimes witnessing excellence in motion can be a satisfying spectator sport on its own merits.

TW Walsh sat down before the mic next and immediately launched into his acoustic attack. A sole man and his guitar can create some wonderful things (see Elliott Smith, Neil Young, etc.). Unfortunately, TW offered the crowd only some painfully out-of-range songs about being on the road and loves lost. After playing four or five solo songs, the other Pedro The Lion members joined Walsh on stage to form a trio, and an audible gasp went through the numb crowd, which asked “Could this be rock?” The answer came in the form of a cover of Tom Petty’s “Mary Jane’s Last Dance,” which featured new lyrics from Walsh and a slightly different arrangement. After Walsh performed several more watered-down rockers, the beast that is Pedro The Lion reared its head.

Pedro the Lion is David Bazan, a man and a guitar. However, he was joined on stage by Walsh on bass and a drummer. Starting off with the first track from the new PTL CD, Winners Never Quit, Pedro the Lion was a much more stageworthy creature than those who preceded it, although a bit shy and, in keeping with the night’s vibe, not too chatty with the crowd. Bazan’s guitarwork and voice go together better than peanut butter and chocolate for creating a sweet, smooth, and sometimes crunchy taste sensation. The doe-eyed crowd stood in rapt attention as Bazan spun off tales of salvation, falling from grace, and the absurdities of everyday life. When it was all said and done, a look at the smiles on the kids’ faces, however unfamiliar, proved that Pedro had done his job right and that all seemed to be right with the world.