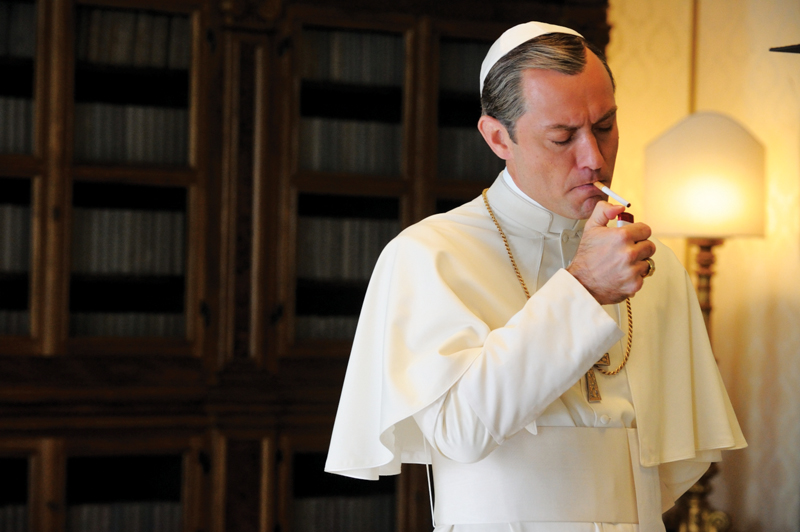 Last year’s Café Society, starring Jesse Eisenberg and Kristen Stewart as young lovers in the 1930s, is minor Woody Allen. But Eisenberg is still the best modern-day Allen stand-in, Stewart is radiant in a movie that gorgeously re-creates Hollywood’s classic era, and Steve Carell turns in a more subdued performance than usual, playing the studio magnate who comes between the couple.

But the real stars are the sumptuous production design and the costumes, which had me wishing I had my own working hot-tub time machine. No, this isn’t a classic, but it’s now streaming on Amazon Prime, and there are worse ways to spend 90 minutes.

If you’ve ever seen a movie by Spanish auteur Pedro Almodóvar, you know to expect strong female characters, a vivid color palette, and smart melodrama that never panders. His latest movie, Julieta, opening today at the Tivoli, features all of the above, tracing the events that lead one woman to become paralyzed by anxiety at the thought of seeing her estranged daughter again. Adapting three related short stories from Alice Munro’s Runaway, Almodóvar keeps a tight focus on the themes of guilt and fate, bolstered by strong turns by Emma Suárez and Adriana Ugarte, who play the title character at different ages.

Netflix was trying to be all coy with early sneak peeks of its new, single-camera comedy, Santa Clarita Diet, starring Drew Barrymore and Timothy Olyphant as suburban realtors. But now the secret’s out — it’s people. Do you hear me? The Santa Clarita Diet is people! Yes, the story has Barrymore navigating the everyday work-life challenges that most comedies cover, but she’ll be doing so while also craving human flesh. The show was created by Victor Fresco (Andy Richter Controls the Universe, Better Off Ted) and is betting on the fact that its high-concept premise will be fertile ground for laughs. If it’s anywhere near as creative as NBC’s stellar The Good Place (which just ended it’s first season with an unexpected, world-altering, very satisfying twist), then Santa Clarita Diet should land solidly near the top of the current comedy heap.

I suppose its been just about enough time to recover from the heartbreaking Chiefs playoff loss. I’ve come to finally accept that there are other teams playing in Super Bowl LI on Fox tonight. If, however, the Patriots open up an insurmountable early lead on the Falcons, it’s comforting to know that Puppy Bowl XIII and Kitten Bowl IV will be airing concurrently, on Animal Planet and Hallmark, respectively. When the whole thing is over, the inevitable reboot of the long-running and long-ridiculous 24 will premiere, sans Kiefer Sutherland. 24: Legacy is another terrorist-themed real-time actioner, and stars Corey Hawkins (Dr. Dre in Straight Outta Compton) as an ex–Army Ranger, plus several old 24 cast members in recurring roles. It remains to be seen whether it will revel in silly subplots and repeated torture, in the mode of its predecessor.

Are you watching HBO’s The Young Pope yet? If not, you should be. There’s nothing like it on TV right now. Oscar-winning director Paolo Sorrentino had no idea when he wrote this provocative series that Donald Trump would become the next president of the United States. When he devised the story about a new, strong-willed pope (Jude Law) who embraces fear tactics and wants to roll back social progress to the 19th century, he didn’t expect it would have such shocking relevancy to the current political climate. Beyond that, each episode is like a mini-movie, filmed with widescreen cinematic bravura and a devilish sense of humor. Episode 8 airs tonight. Catch up with it on HBO Go before the show concludes, next Sunday and Monday.

On March 31, Scarlett Johansson squeezes into a skintight cybernetic bodysuit (amid accusations of whitewashing) to head up a live-action remake of the 1995 anime classic Ghost in the Shell. Tonight at 7, at the Alamo Drafthouse, you have your one chance before then to see the original animated Japanese version on the big screen, with subtitles and its original soundtrack. (If the English-dubbed version is your thing, come back tomorrow, same time, same bat channel.) Although overtly sexualized from an image point of view, the 1995 Ghost in the Shell — in which conscious beings jump from cyborg body to cyborg body — is also flush with gender-identity complications. And because the movie deals with artificial intelligence and features an inversion of traditional gender roles, it couldn’t be more timely.

There’s one reason I’m so unreasonably excited for tonight’s premiere of FX’s Legion, a new program that’s connected to the expanding X-Men universe: the show’s creator and executive producer, Noah Hawley. With the stellar first two seasons of Fargo, Hawley did the impossible, adapting the feel and setting of the Coen brothers’ classic film while moving distinctively beyond the original work. He says he’s taking the same approach to the story of David Haller (Downton Abbey’s Dan Stevens), a schizophrenic mutant with multiple psychic powers, who happens to be the son of Professor X. Producer Lauren Shuler Donner, who has overseen both the best and the worst of the X-Men movies, said in one interview that Hawley reconceived the direction of the show, deciding it should be “more Eternal Sunshine of the Spotless Mind, Terrence Malick, more whimsy, more impressionistic.” Big talk. Hope it delivers.