Pears and the economics of punk-rock touring 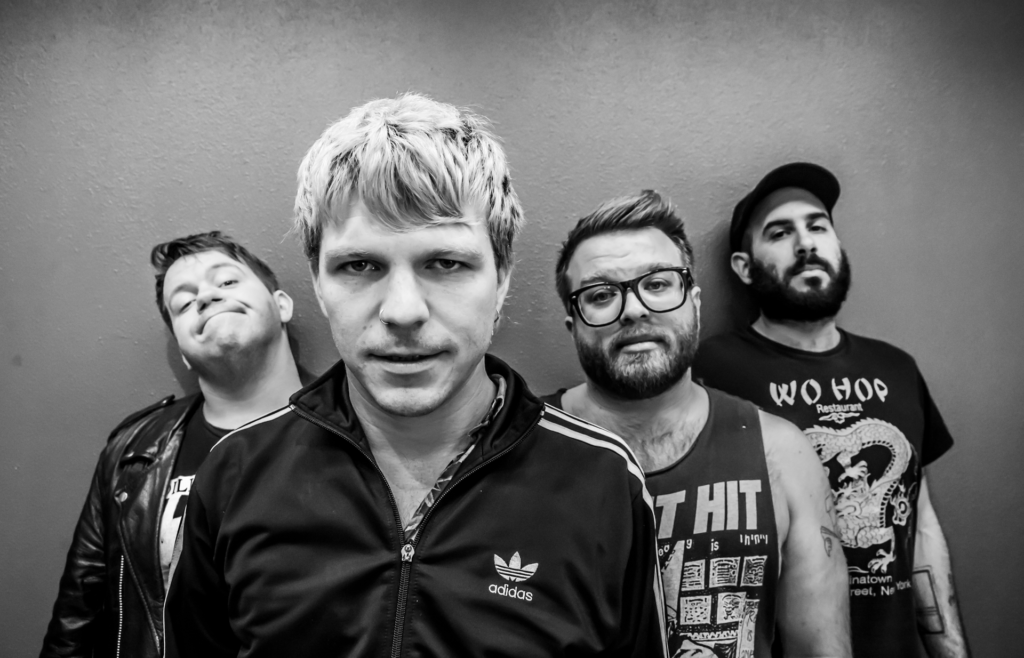 The idea of musicians touring the country in a massive bus, replete with bunks and bathrooms, has been dispelled, to a certain extent, by movies like the recent Green Room. The reality is that most touring bands playing, say, the Bottleneck or the Riot Room, are sleeping on floors and in their van. Touring is, in most ways, an unpleasant grind, and the amount of money bands receive along the way determines how unpleasant that grind is. Talking about money is also unpleasant, particularly in the world of punks. Zach Quinn, singer for the New Orleans punk band Pears, thinks people should be talking about this kind of thing more often.

“Nothing happens without the money,” Quinn says, “and I feel like the people who act like it does aren’t really doing it.”

The members of Pears, for example, have to drive north for a few hundred miles before they reach another major city. It’s a major logistical burden.

“We’re in the least-prime location ever,” Quinn says. “The major tour circuits are all far away from us: we’ve either got to trek through the desert, or head up through the mountains. There’s always something in the way.”

The shows in smaller towns, on the way to the bigger cities, are fun, Quinn says, but you have to find people who are trustworthy and dependable in order to make things happen in a particular area. For example, Pears is playing the Bottleneck on this particular jaunt through the area, but things haven’t always been so nice for the band up here.

“We played a barn the first time we were there,” Quinn says, with a laugh. “There were, like, five people there. The show was a blast, but at the end of the show they gave us $6.”

A pittance like that isn’t going to allow a band like Pears to continue as a functional enterprise in the long term. That means finding a new venue and new people familiar with Pears who can get the word out the next time they’re out on the road. Or maybe you just skip that town altogether next tour. Making these decisions is not necessarily part of the skill set of most musicians. Pears has booked its own tours in the past, and Quinn doesn’t have any fond memories of the process.

“It’s just the worst,” he says. “I fucking hated doing that. I’m a musician, not a planner. I’m terrible about planning anything, so it was really trying.”

Somebody like Brian Gorsegner, of Wired Booking, can help with this. But it’s still kind of a crapshoot.

Still, Gorsegner and Wired Booking offer a lot of experience and a wide network of contacts acquired from playing shows for the better part of the last 20 years. In a scene where the desirable venues change every couple of years — as do the local characters with the most earnest interest in putting on good shows — it’s valuable to have boots on the ground, so to speak.

“That’s the most important thing that I can bring to the table,” Gorsegner explains. “I have trustworthy friends from years of playing in punk bands that are in L.A., and Chicago, and Austin. When it comes time to book a tour, before getting in contact with venues, I get in contact with them and say, ‘What’s happening? Where’s the best spot? Who is the best to take them on?’ The last thing you want is that a band announces all of their dates, and everybody is super-bummed: ‘This is where they’re playing? Nobody likes that place.’”

Sure, Gorsegner says, anybody in a band who wants to book their own tour can do so with Google and Facebook, but he offers a bit of clarification.

“Until you’re in the position where you need to be paying someone to do this service, you should be doing it yourself,” he says. “For the education and longevity of any band, I think it’s important to do that stuff yourself as long as you can.”

“You’re bound to make some mistakes along the way and that shit sucks,” Gorsegner continues, but when a band is playing for $200 a night, it’s essentially playing for gas and van repairs. Paying out a cut of that money to someone else doesn’t really make much sense.

Pears, though, has moved beyond that early stage.

“I feel like your efforts and energies are really divided if you try to do everything on your own,” says Quinn. “The whole point of the thing — you lose it. Tour becomes less about playing music and more about desperately making it from show to show. Find somebody you trust, and it allows you to focus on being a musician.”

For this particular tour, the person Pears trusts is Maura Weaver, the band’s tour manager. While new to the tour-managing game — she first did the gig for Pears during its US tour last — Weaver is also a musician in Ogikubo Station and before that, pop-punkers Mixtapes. She has a pretty good idea of what touring musicians need while on the road.

For a band like Pears, who are a punk band of a stripe to where they’re equally at home in bars or DIY venues, a tour manager who can advance the shows and figure out things like parking, dinner, and the like, makes a big difference. Tackling parking means there’s not money being blown on tickets. If dinner plans are known in advance, the band can eat somewhere that fits its budget. It all runs toward making that onstage performance the best it can be.

“I understand that saying ‘maximizing profits’ sounds weird, but y’know, sometimes people don’t look into those little tiny aspects of how they’re spending money and their time,” Weaver says. “I think those things go together more than people think, sometimes. If you get that shit figured out beforehand, paying for things up front, it gives everybody time and energy to think about other shit.”

For a couple of years at the band’s start, Pears didn’t stop touring, approaching it as a full-time job, and made a lot of decisions early on that were, essentially, financially based. The members had to compromise where they wanted to play and who they wanted to play with to make sure they could make it from city to city and pay whatever expenses they had at home. Inevitably, though, somewhere along the line, they kind of burned out.

“We were making enough money — marginally — to take care of ourselves, but we weren’t having nearly as much fun as I know we could be having on tour,” Quinn recalls. “We came to the conclusion that touring round-the-clock sucks. [Now] we want to tour less and make those tours count.”

He goes on: “If you have a choice between playing a bar gig or a fucking ripping all-ages show, where people are so stoked that you’re there — if we’re not trying to pay bills with Pears, that’s the kind of choice we can make. It’s balance. In the beginning, we wanted to make enough money to live by doing what we love, but it eventually became clear that’s not really how it works, unfortunately. You either have to be okay with not doing what you love and make money, or do what you love and find another way to make money, and I feel like we’ve landed on the latter.”

Pears play the Bottleneck on Wednesday, May 30, with High, Red Kate, and Hipshot Killer. Details on that show here.