Pearl Jam at the Sprint Center 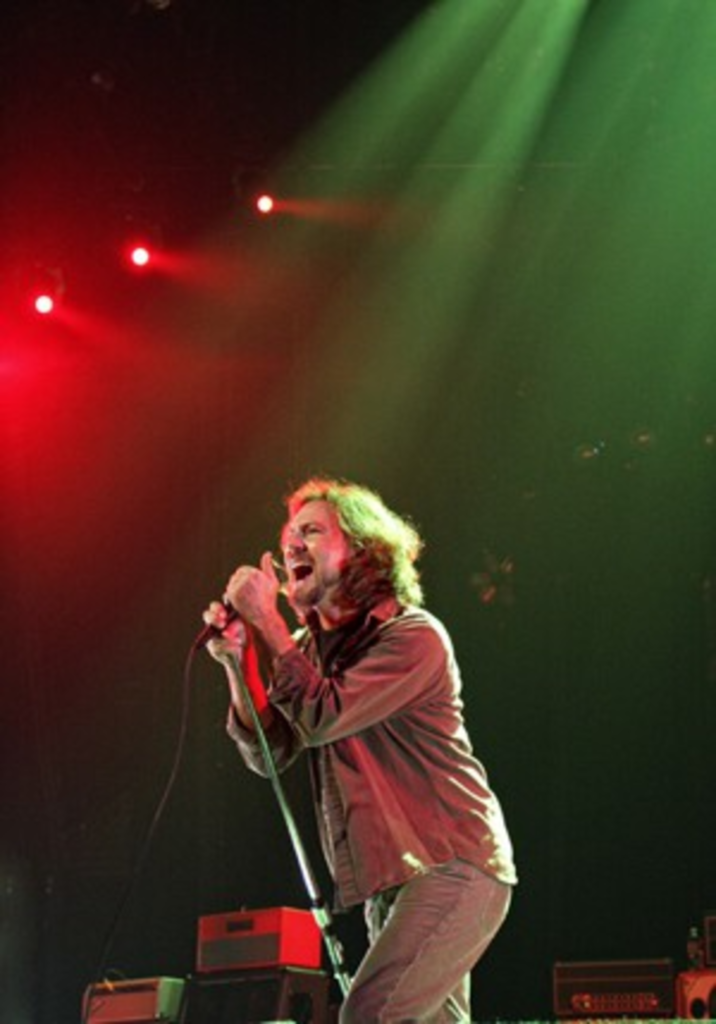 Forgive me, Vedder, for I have sinned.

It’s been more than a decade since my last idol worship. In my mid-teens, I lived and breathed Eddie Vedder and Pearl Jam, and I had the bootlegs and Monkeywrench Radio recordings to prove it. But somewhere between the Ticketmaster debacle and the occasionally maddening musical shift that accompanied the No Code and Yield years, I just lost interest.

After the band’s barnburner Monday night at the Sprint Center, however, I might consider coming back to the fold.

“We put this song on the setlist just so you could warm up your voices,” Vedder announced early in the night, right before launching into the singalong-friendly “Elderly Woman Behind the Counter in a Small Town.” “We’re gonna be here for quite awhile tonight, so I suggest you warm up,” he said. He wasn’t exaggerating.