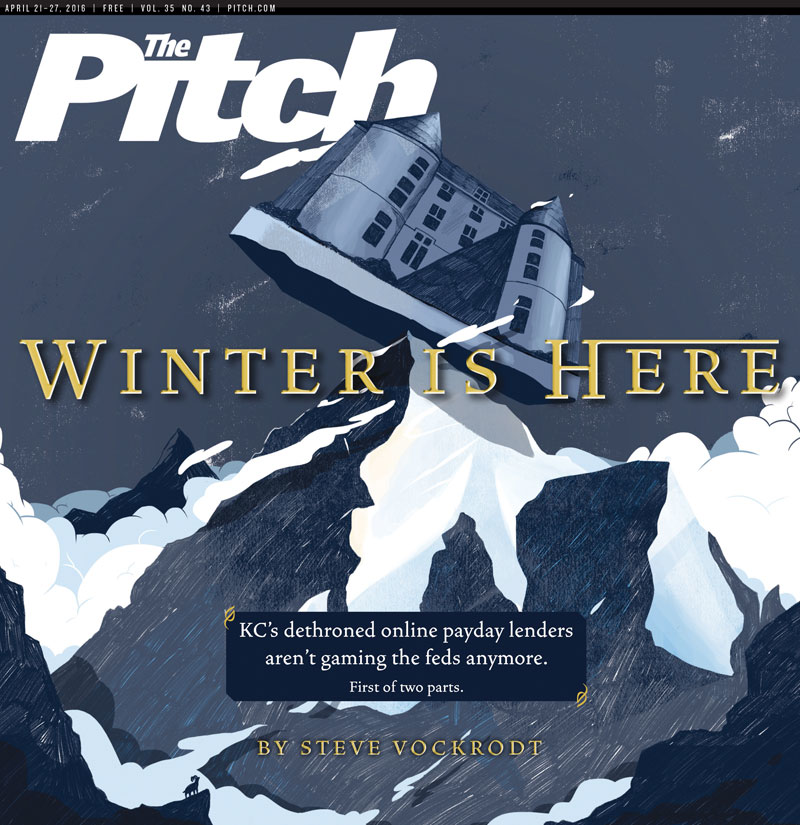 Growing debts and few assets forced Johnny James and Diane Balderaz to do what nearly a million Americans did in 2015 — seek bankruptcy protection from their creditors. On August 14, 2015, the two walked into a federal court in Houston, Texas, and filed a Chapter 13 case.

Under Chapter 13, debtors don’t liquidate their debts but rather arrange to repay them over time, in amounts that are easier to handle. James and Balderaz’s bankruptcy should have been a fairly straightforward proceeding, its named creditors familiar to any court that has dealt with 21st-century American financial desperation: debt collectors, pawn shops and the like.

Before the end of the year, however, an obscure debt-collection company called Porania LLC started filing claims against the the couple. Porania, based in Seattle, claimed that James and Balderaz owed two separate claims, one for $510 and the other worth $390.

By then, two bankruptcy judges in the U.S. Bankruptcy Court for the Southern District of Texas had noticed that Porania — along with two other companies: Atlas Acquisitions LLC and JH Portfolio Debt Equities — had filed a number of claims in other bankruptcy cases, also without proving that the debts were valid. In most cases, the three companies’ claims were for $390 — an almost generic figure in payday-loan debts, denoting a $300 loan and 30 percent interest on it ($90).

On February 5, U.S. Bankruptcy Judge Marvin Isgur ordered the three companies to show up in court with their attorneys on March 7 to explain themselves.

Before that hearing could take place, attorneys for the three companies pinned the blame for their sloppy bankruptcy claims on a payday-loan magnate from Kansas City.

In Porania’s response to Isgur’s order, the company said it had purchased a bundle of debts — 10,000 debts, each worth $390 — from a Delray Beach, Florida, company called First Source Data LLC. At the time Porania bought the debt portfolio from First Source Data, the latter company’s principal, Jeffrey Brooks, told Porania that the debts had originated from payday loans extended by a company called Castle Peak. Porania and other companies say they’ve sought documentation from Castle Peak but haven’t yet received any. 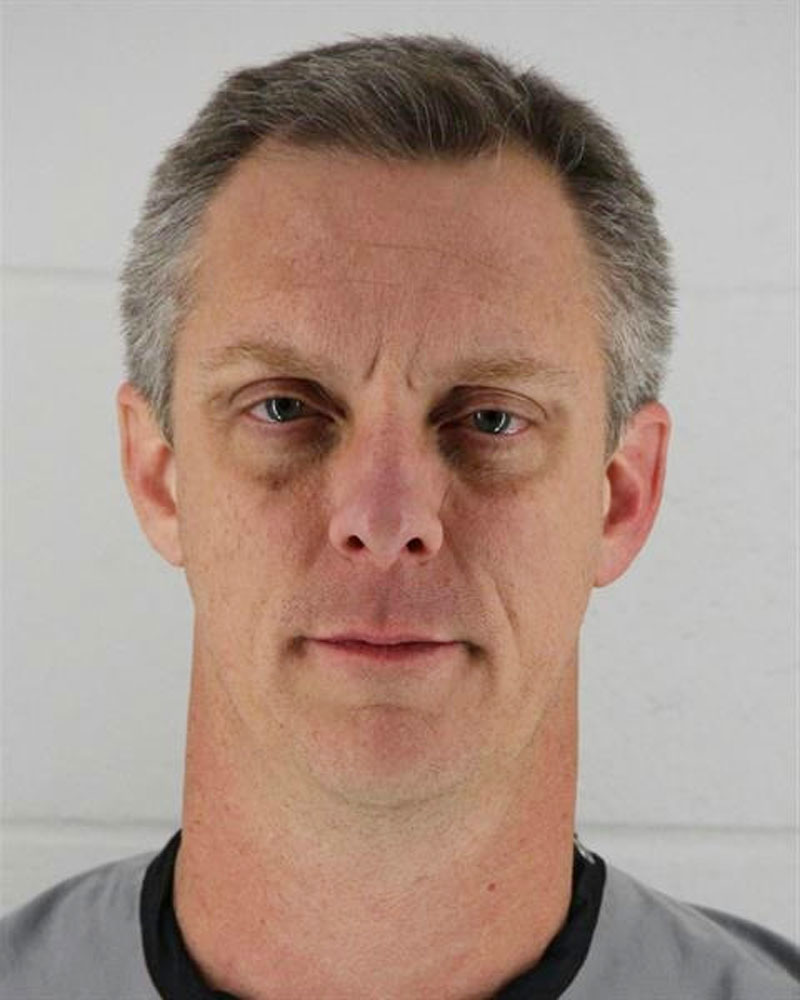 Castle Peak is run by Joel Tucker — who, according to court records, has a residence in Prairie Village and another in Boulder, Colorado. He is the brother of Scott Tucker, who makes his home in Leawood and, as readers of this publication well know, is one of the godfathers of online payday lending. Over the past 15 years, Scott Tucker has amassed immense wealth from predatory payday-loan enterprises and used the money to fund a variety of personal investments, an international auto-racing team and an $8 million home in Aspen, Colorado.

Payday lending has been a Tucker family business, with Scott’s brothers Joel and Blaine Tucker involved. But things have soured. Scott Tucker is under federal criminal indictment in New York in connection to his payday-loan business. Blaine Tucker, who had found himself under the FTC’s microscope, committed suicide in 2014. And Joel Tucker faces problems on several fronts; U.S. Marshals had issued an arrest warrant for him.
Authorities wanted Joel Tucker in custody for his failure to provide documentation to support the payday-loan debt portfolios he sold to debt-collection agencies in the Houston bankruptcy cases.

Tucker knows the drill. U.S. Marshals arrested him on April 4, after he failed to appear at a March 28 hearing in U.S. Bankruptcy Court for the Southern District of Texas, as ordered by a judge there. He was supposed to have brought information related to his payday-loan portfolios. Court records indicate that Tucker said he’d suffered an unexpected illness on March 28 and that he’d also been trying to retain counsel.

Tucker was briefly in jail before an attorney representing Porania asked a judge to release him so that he could travel to Colorado and Overland Park, where much of the documentation for his loan portfolios is believed to exist. Tucker was released from custody, on the condition that he meet several deadlines to produce this information.

The first of those was 5 p.m. April 8. Attorneys for the debt-collection companies under scrutiny in Houston were unimpressed by what Tucker delivered to meet that deadline. Tom Kirkendall, a Houston lawyer representing Porania, told Joel Tucker’s attorneys in an e-mail on April 8 that Tucker had not “come close” to delivering what Kirkendall had expected.

Tucker did not respond to an e-mail from The Pitch seeking comment.

Kirkendall added that he would take his concerns to the bankruptcy judge. Meanwhile, Porania, perhaps recognizing that it wouldn’t be able to support its request for more than $1,000 in the James bankruptcy, withdrew its claims.

Joel Tucker also faces problems outside the Lone Star State. The Federal Trade Commission may be on Tucker’s heels for similarly sketchy sales of debt portfolios to other collection agencies. The FTC on April 4 convinced a federal judge in Chicago to shut down several debt-collection agencies there, including Ashton Asset Management — which, the FTC believes, tried to collect phony payday-loan debts from consumers.

In a separate case, the FTC wants to recover $29.9 million from Joel Tucker, an amount that Tucker was paid by other KC-area payday-loan magnates.

The IRS is also after Tucker. That agency has issued a summons through the U.S. Attorney’s Office for the District of Kansas. An IRS officer says in court records that the agency is investigating Tucker’s tax liability for the years 2007-14. Joel Tucker was served with the IRS summons at a residence in Prairie Village but did not show up to a February 24 hearing.

Tucker’s predicament is similar in many ways to what has befallen other key figures who helped Kansas City become the online-payday-lending capital of the United States.

For most of the past two decades, payday lending was a lucrative business that drew staggering margins on the backs of destitute Americans who felt they had no alternative means to get by. In Kansas City, a tight, interconnected circle of businessmen owned or invested in operations that charged consumers well beyond statutory limits on interest rates for short-term loans, took money from consumers who hadn’t authorized the receipt of a payday loan, or facilitated those endeavors. Those persons spun a web of corporate entities that concealed their direct involvement in the industry, frustrating authorities as far back as 2004, when the Colorado Attorney General began suspecting that the Kansas City area was a nexus for these businesses. 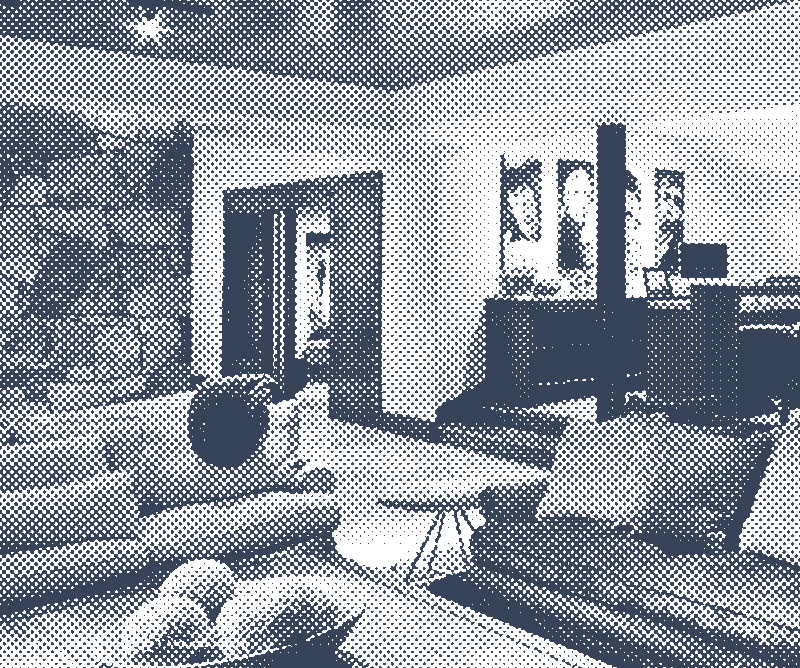 Tony enclaves such as Mission Hills and Leawood are dotted with people who worked in or benefited from this shadowy industry, their stately homes, multi-acre lots and manicured lawns paid for by payday-loan consumers trapped in a cycle of debt and financial despair. Some of these high-net-worth locals have tied up their investment cash in the predatory payday-loan industry, opting for easy, exceptionally high returns, rather than staking riskier but more ethically defensible enterprises (tech startups, say).

Now the web is coming apart.

As authorities over the last year have closed in on central figures of payday lending, the people who made Kansas City the payday-lending capital of North America find themselves in a pinch and looking for a way out.

According to a personal financial statement obtained by The Pitch, Kimball at that time claimed $65.7 million in total assets. That included $7.7 million in real estate — mainly two houses in Mission Hills worth a combined $6.9 million.

Today, Kimball is in bankruptcy. He, along with business partner Sam Furseth, co-owned a former Kansas City company called LTS Management. It extended payday loans to consumers, many of whom ended up paying back twice what they’d borrowed due to interest rates that effectively were 100 percent.

People who take out payday loans or subprime mortgages are often criticized. They lack financial sophistication, borrow more money than they can afford. This phenomenon doesn’t afflict only the poor.

When federal regulators cracked down on banks that processed payments to internet lending companies — Missouri Bank was one such bank — companies like LTS Management and its subsidiaries suddenly found their business model unsustainable. Kimball says in court records that LTS employed 200 people and had $20 million worth of loans in place at the company’s “highest point,” in 2013. By early 2014, Kimball states, nearly all of the employees had been fired and lawsuits had begun to pile up.

Kimball did not choose to go into bankruptcy. He was put there by companies that did business with LTS Management and saw no other way to obtain money they believed Kimball and LTS owed them.

Kimball’s bankruptcy has been messy. The trustee managing it, Janice Stanton, complained in March of this year to the judge handling the case that Kimball has continually failed to accurately disclose details of his financial affairs — including contracts with his payday-lending investors, what he did with $406,000 in proceeds from taking out a second mortgage a year ago, and what has become of a number of assets (George Brett photos, three Rolex Presidential watches, a Ronnie Wood painting of his Rolling Stones bandmate Keith Richards). Somewhat mysteriously, Kimball does report having been in possession of a DeWitt watch owned by a Moscow man named Igor Provkia, appraised at $190,000.

Kimball made his latest attempt to clear up his finances for the bankruptcy court on April 14. His filing that day lists various sales of personal assets: several Rolex watches (valued between $2,800 and $8,000 apiece), his 2008 Porsche (which went for $75,000), a condo in Chicago (which fetched $750,159). Kimball has also sold a house in Breckenridge, Colorado, for $2.5 million, even as he remains on the hook for several legal judgments, including $13.6 million from a lawsuit filed by eData Solutions in Johnson County District Court.

Coppinger owned a Mission company called CWB Services. Its offices were raided by federal and local law enforcement in 2014, after authorities came to believe that CWB was collecting debts out of bank accounts belonging to people who had never requested a payday loan. His assets were frozen on the day CWB’s offices were raided.

Coppinger’s involvement in payday lending is one example of the interconnectedness of the industry’s local leaders. The FTC believes that Coppinger’s company bought customer leads and loan-management software from eData Solutions, the company that Joel Tucker started.

While Coppinger’s assets were frozen, the businessman had to submit a bill of personal expenses to a federal judge. He said he needed $1,200 a month for groceries and $475 for gas and auto insurance.

He needed payments for parochial schools that his children attended. There was also the $5,128 mortgage payment due each month on his Mission Hills residence, on West 70th Terrace.

The FTC settled with Coppinger, which gave federal authorities $520,000 from his personal bank accounts and the $137,000 in proceeds from the sale of his Lake Lotawana residence. Hanging over his head is a much stiffer $32 million penalty if the feds ever find out that Coppinger has again involved himself in payday lending.

According to court records, Coppinger says he works for Impact LLC, an office supply company that his brother, Steve Coppinger, operates. Impact LLC’s offices are a floor above where CWB did business, at 6700 Squibb in Mission.

Coppinger’s wife, a real estate agent, is the listing agent for the couple’s Mission Hills home. The six-bedroom, five-bathroom residence went on the market for $1,369,000 earlier this year. The price has since come down $20,000. If it sells near that price, the typical commission of 6 percent will earn the Coppingers $80,940.