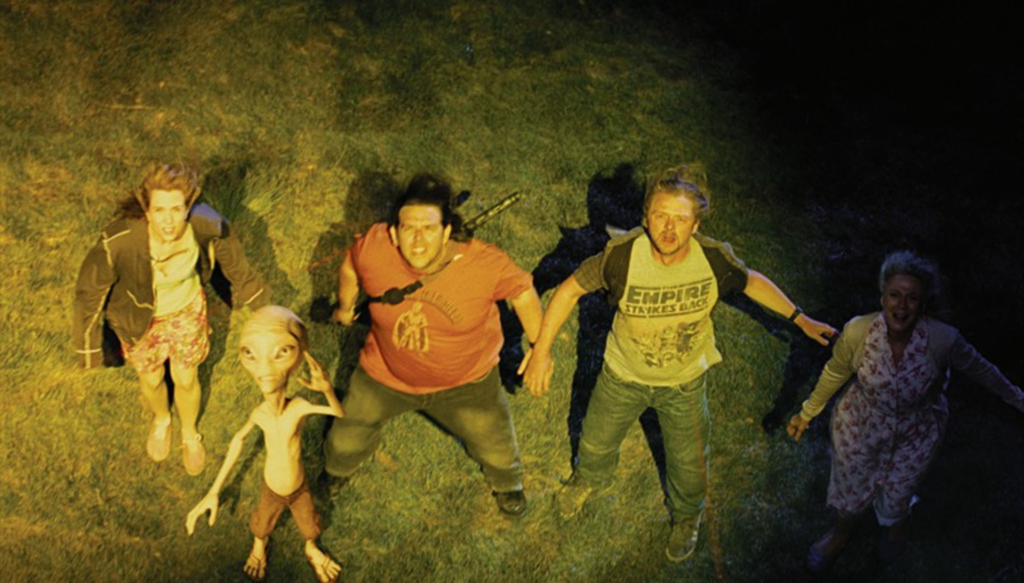 This isn’t the third installment in the so-called Blood and Ice Cream Trilogy featuring Simon Pegg and Nick Frost. Note the missing element: Edgar Wright, who directed and co-wrote with Pegg both the 2004 zom-com Shaun of the Dead and 2007’s Hot Fuzz, in which Pegg and Frost re-enacted at least one scene from every buddy-cop movie ever made.

The film plods in places, but Paul is a simple pleasure — half of its dialogue consists of lines lifted from every sci-fi comfort-food staple fed to growing fanboys in the 1970s and ’80s.

Kristin Wiig is the highlight, bringing depth and genuine warmth to the thankless, one-­dimensional role of a God-fearing Bible-thumper. An alien concept, indeed.