Patrón is sending Evan McConnell, bartender at Local Pig Westport, to HQ in Mexico this spring 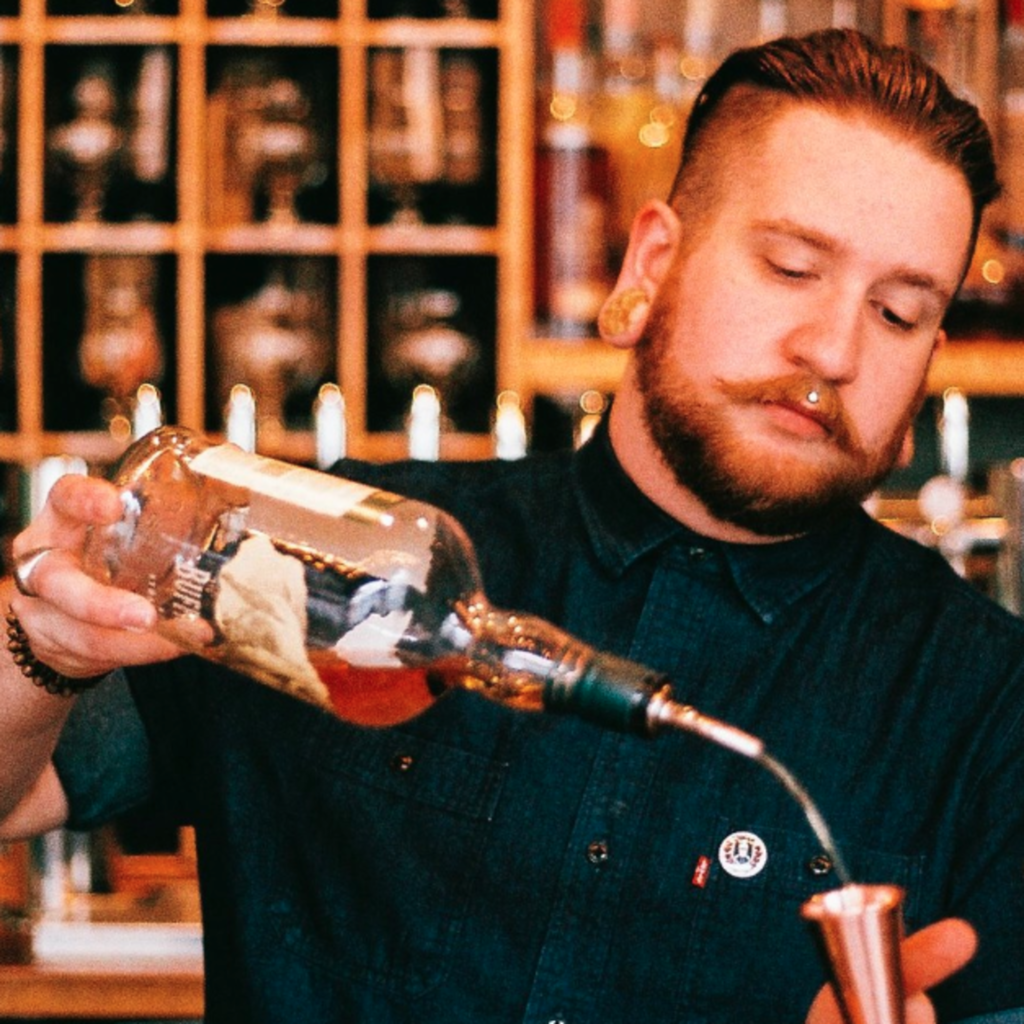 On Sunday night at the InterContinental Hotel, a half-dozen local bartenders were gathered for an exhibition put on by Patrón and the United States Bartenders’ Guild. The partner exhibition was titled Patrón Aficionado, and its purpose was two-fold: First, to promote the alliance between the USBG and Patron; second, to promote Patrón’s newest products, its Roca Patrón line.

A large portion of the exhibition focused on seeing how each of those bartenders would use Roca Patrón in a cocktail. A local panel – Ryan Maybe, co-owner of the Rieger Hotel Grill & Exchange and J. Rieger & Co whiskey; Scott Tipton, co-owner of Liquid Minded Concepts; Berto Santoro, President of the Kansas City chapter of the USBG and bar manager at Extra Virgin; and Jeremy Danner, brewer at Boulevard Brewing Co. – would evaluate the drinks. Based on the responses from the panel and the crowd, Patrón would then select one lucky contender for a “continuing education opportunity” with a trip to the Patrón Hacienda in Jalisco, Mexico.

We’re pretty sure that’s code for “tequila time,” but nonetheless: Evan McConnell, bartender at the Local Pig in Westport and PR and social-media director for the Kansas City chapter of the USBG, will be representing Kansas City alongside 14 other bartenders from across the country at this highly educational v̶a̶c̶a̶t̶i̶o̶n̶ experience.

We chatted with McConnell about the drink that got him the honors, a dark-chocolate and tequila play on a Manhattan that he calls the Teoctli Atica (or “chocolate drink of the gods,” for those of you who don’t speak Nahuatl).

“I grew up near La Cocina del Puerco in Overland Park, and their specialty was chocolate mole, and that’s a flavor that I tend to jump to in Mexican food,” McConnell says. “Patrón has a product called Patrón XO Cafe Incendio. It’s chocolate-inspired, and I went that direction. I made a Manhattan riff with the Roca Patrón Reposado to get the cool barrel character. I used Byrrh, a fortified wine amaro, which has a pretty big red-wine flavor, but also herbal and bitter-orange and dark-chocolate notes. I also used some spicy chocolate bitters.”

The garnish: “I took Luxardo maraschino cherries and rinsed all the juice off, then soaked them in the Patrón Incendio and Fee Brothers spicy chocolate bitters. And I candied some oranges and dusted with toasted cocoa nib.” 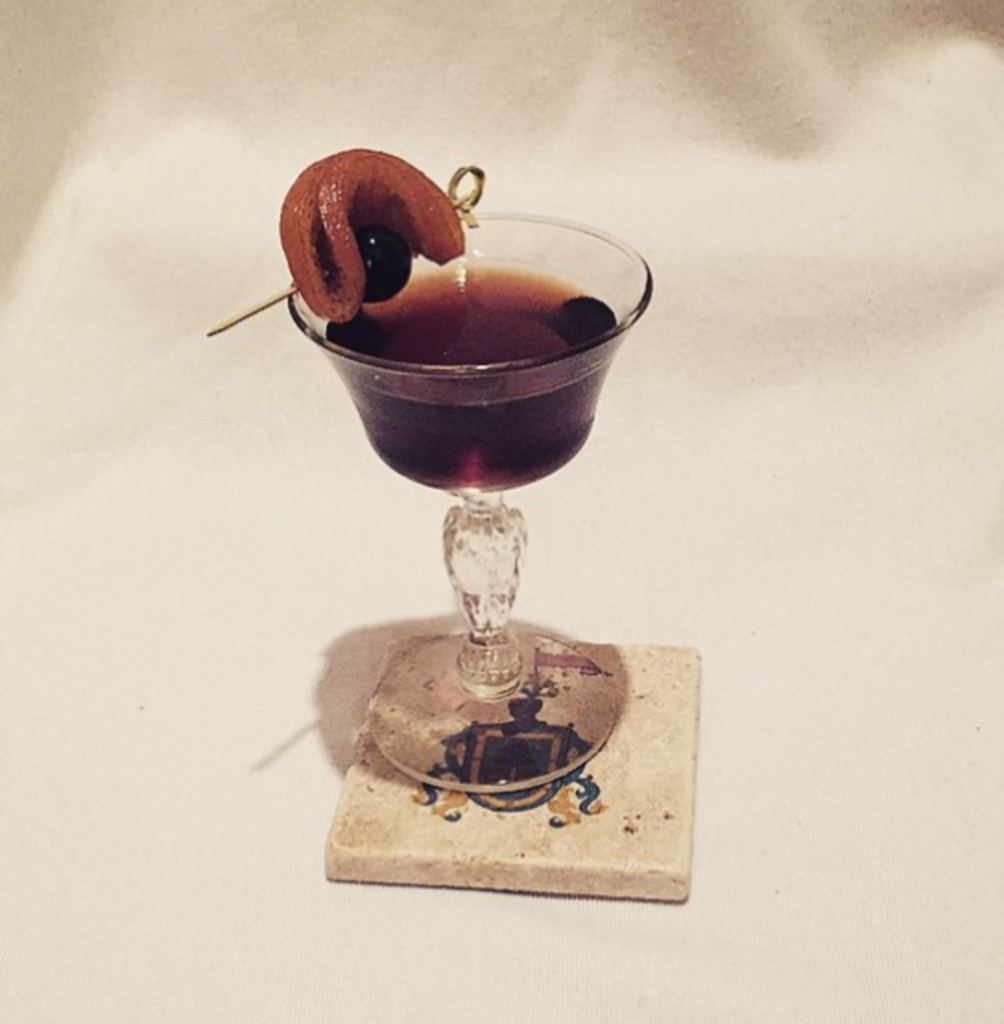 McConnell, who has never been to Mexico, says he is looking forward to the experience later this spring.

If you want to congratulate McConnell, or if you just like drinking, you can swing by the Westport Saloon tonight to catch him and several other local bartenders – a few from the USBG – in action as they participate in the Four Roses Charity Cocktail Challenge. Details here. The event starts at 7 p.m., admission is free.