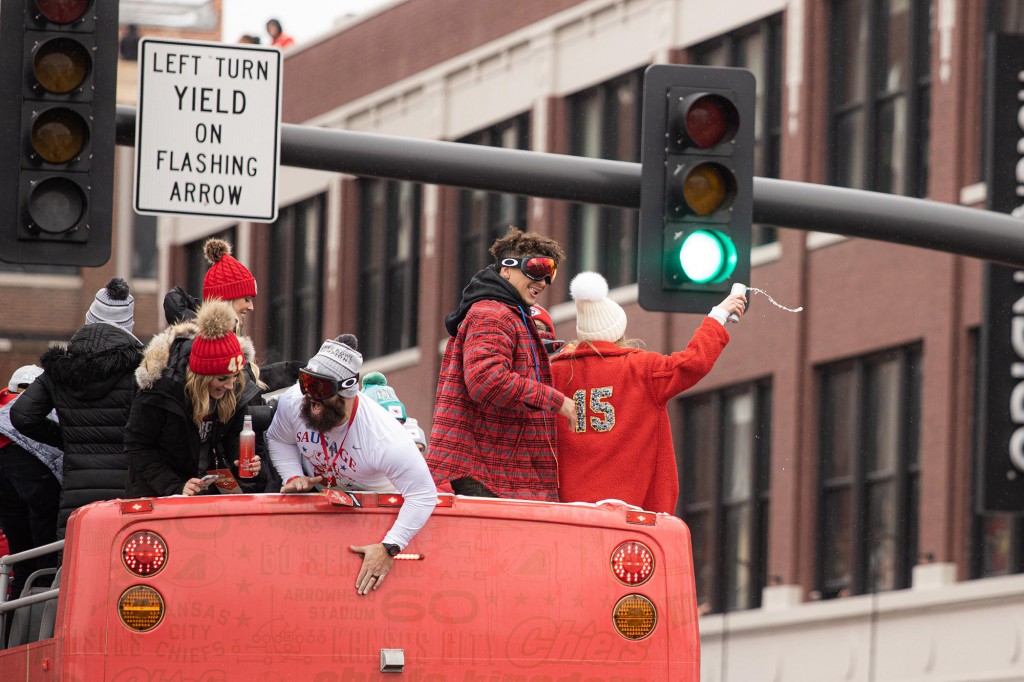 Our fearless leader getting crunk at the celebratory parade. // Photo by Zach Bauman

Finally, some good news. Kansas City’s favorite Super Bowl champ is staying in town until the conclusion of the 2033 season, Patrick Mahomes’ extended contract says. Following a Chiefs Super bowl win in 2020, Mahomes’ contract was set to expire at the end of the 2020 season with an optional fifth-year going through the 2021 season. As it turns out, however, Mahomes seems to love us just as much as we love him.

The cost of Mahomes‘ talents will likely not be cheap. Some experts think he may make at least $40 million per year with at least $100 million in guaranteed money. Considering Mahomes only made $825,000 in base salary in 2020, this would be one hell of a pay raise. In fact, this will likely be the most expensive deal that the NFL has ever seen. At these numbers, Mahomes’ deal with the Chiefs would top the former most expensive player, Russel Wilson of the Seattle Seahawks’ $35 million per year.

Not only would this deal be the richest in NFL history, but also the longest the league is currently signing. There is no active player contract longer than eight years.

Many were skeptical that Mahomes would be bought out by another team following his immense success in his rookie contract. At only 24 years old, Mahomes has essentially set a new bar for athlete pay in the NFL. Typically, quarterbacks make around 12-20% of their team’s salary cap and Mahomes receiving a deal of this size suggests that the cap will continue to rise to new heights in the years to come.

This move is strategic for the Chiefs, who will now have their first homegrown franchise quarterback since Len Dawson in 1962. At this time, the details of this contract are not yet public but we hope it is designed so the team can continue to build a strong offensive line with other key players over the years. After all, if we don’t have the best players protecting our quarterback, Mahomes’ job may be rendered useless in the first place.

At this time, we know that Mahomes will be getting a salary guarantee for the upcoming year before he steps foot on the field. This means that even if Mahomes were injured game three, the Chiefs would still have to pay him for the entire season. Likewise, if Mahomes were to be cut from the team for any reason, making him available to contracts from other teams, the Chiefs would still be required to pay him for the remainder of the season. Seems like Mahomes is making plenty of financial wins here.

While the exact details are still being worked out, it’s certain that the 2020 Super Bowl MVP is going to have plenty of time on and off the field to represent Kansas City.

Come on down to our office sometime over the next ten years (when there is no pandemic to worry about) and say hi!