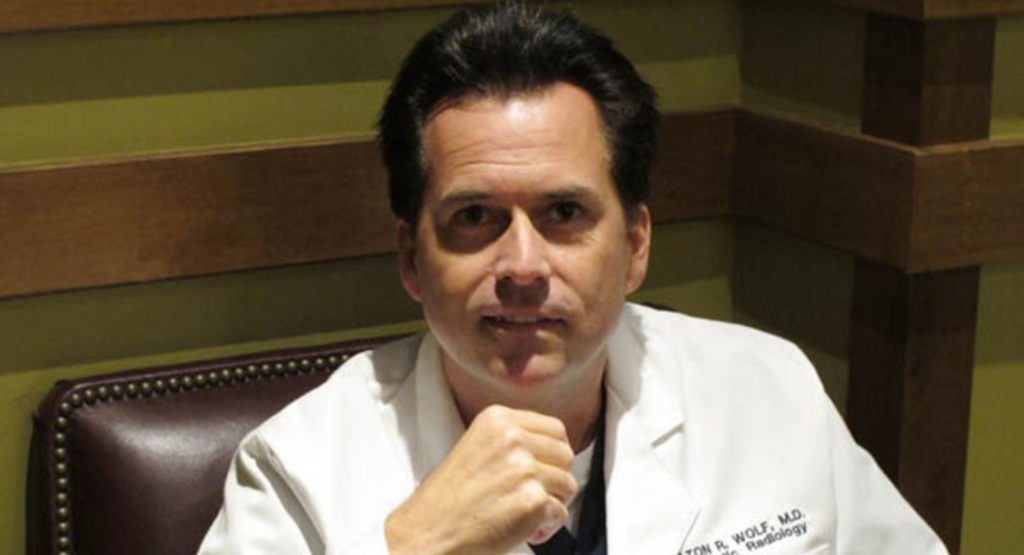 For a minute there, it looked like Milton Wolf might have a shot at becoming a U.S. senator for the state of Kansas, after a New York Times article in February revealed that Pat Roberts, who has held the seat for 17 years, did not own a home in Kansas. Roberts (who served in the U.S. House for 16 years prior to being elected to the Senate) was tagged as a Washington insider — the worst thing a politician can be, in the eyes of Wolf and the tea-party wing of the Republican party with which he is affiliated. The story propelled Wolf, a previously unknown radiologist from Leawood, out of the fringes and into the national spotlight.

It was a fun ride while it lasted. Wolf is President Obama’s second cousin, once removed — a fact that he likes to publicize, calling himself the “arch-nemesis of Obamacare.” He also looks like a bully who drives a new convertible in an ’80s movie, which is fun. And he seemed to genuinely dislike Pat Roberts. His Twitter feed (“Obama’s unafraid conservative cousin. He hates this” — LOL) was basically dedicated to trolling Roberts about not being conservative enough and being out of touch with Kansans.

Things came unglued for Wolf when Topeka Capitol-Journal reporter Tim Carpenter uncovered some bizarre Facebook posts Wolf had made where he posted X-ray photos of gunshot victims and made jokes about the guns used to blow out their brains. Of one photo of a broken-open skull, Wolf said, “It reminds (me) of the scene from ‘Terminator 2’ when they shoot the liquid metal terminator guy in the face at close range and it kind of splits him open temporarily almost like a flower blooming. We all find beauty in different things.”

Wolf ultimately lost to Roberts in the primary.

Now, Roberts is fighting for survival again — this time against Independent Greg Orman in the general election. Polls indicate the race could go either way. So, like a good Republican, Wolf has re-emerged to throw his tea-party weight behind Roberts. From a post on his Facebook page today:

Whatever your opinion of Pat Roberts, his re-election to the United States Senate may be the deciding factor that dethrones Harry Reid and elevates solid constitutional conservatives like Ted Cruz, Mike Lee and Rand Paul into positions of influence to save America from Barack Obama and so I urge you, I urge all Kansans, to set aside our differences and vote Republican in this critical Senate race on November 4th.

Wolf still isn’t happy about tactics employed against him during his primary campaign, which he interestingly characterizes as “threats” and “bribes”:

Be assured that if Pat Roberts is to be re-elected, I will do everything in my power to hold his feet to the fire. And be assured that the fullness of the duplicity, dishonesty and abuse of power that has marked this election will be exposed. I have refused to be intimidated by their threats or seduced by their bribes and I won’t start now. We have far more resources at our disposal today than when we began this movement and I am more energized than ever to see to it that Kansans have alternatives to failed leadership. I’m committed to reestablishing the Kansas GOP as the party of Reagan, the party of freedom and prosperity. And I’m determined to unleash an era where we secure the blessings of liberty so that all Kansans and all Americans can achieve their own American Dream.

Like Ronald Reagan, Sam Brownback ran for office with the belief that you are an adult and a free American who deserves the economic freedom to decide for yourself how to spend your own hard-earned money. Like President Reagan, Governor Brownback delivered on his promise with hard-fought tax cuts that keeps more of your own money in your pocket and more of your destiny under your own control. Like Ronald Reagan, Sam Brownback has been unfairly ridiculed and mocked by Democrats and even weak-kneed Republicans who don’t believe that you are worthy or responsible enough of freedom. And like the unflappable President Reagan, Governor Brownback has stood strong in the unrelenting face of adversity.

Brownback is the Reaganest Reagan to have ever served in the great Reagan of Kansas. Something to Reagember when you Reagan to the polls next Tuesday.