Passion Pit at the Beaumont 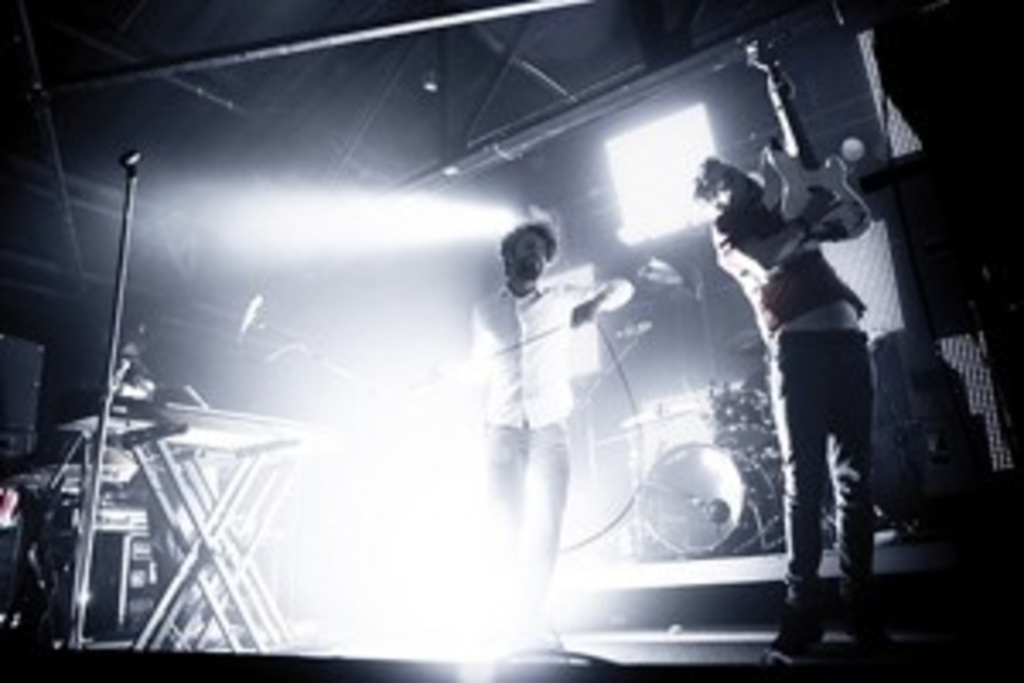 You know the feeling: someone escorts a beloved band out of obscurity and into the spotlight, sputtering with stage fright and excitement. Suddenly, it’s exploded: it has TV spots; it has sold-out shows; and it has fans that…aren’t just you.

The first time I saw indie-electronic dance rockers Passion Pit was at a concert at my college two years ago, where they opened for Broken Social Scene, and I was too drunk and full of ennui (or so I thought) to pay attention. (I also may or may not have been busy wreaking revenge on the kid in front of me by burning a hole in his vintage sweater with my cigarette, but that’s…in the past.)

Anyway, the point: when I heard “Sleepy Head” in my friend’s car the day after the show in early 2008, I thought her speakers were going to burst, and I was in love. Since then, this bright little band has bled into the public realm of commercials and television soundtracks (hello, Gossip Girl), and frontman Michael Angelakos’ little Prozac pill of a project has ignited a bromance with fans spanning genres and tastes. This is surprising, since Angelakos’ window-rattling shriek isn’t exactly the most accessible voice on the indie-dance market. But bliss knows no boundaries, and that’s exactly what Angelakos and co. is peddling.