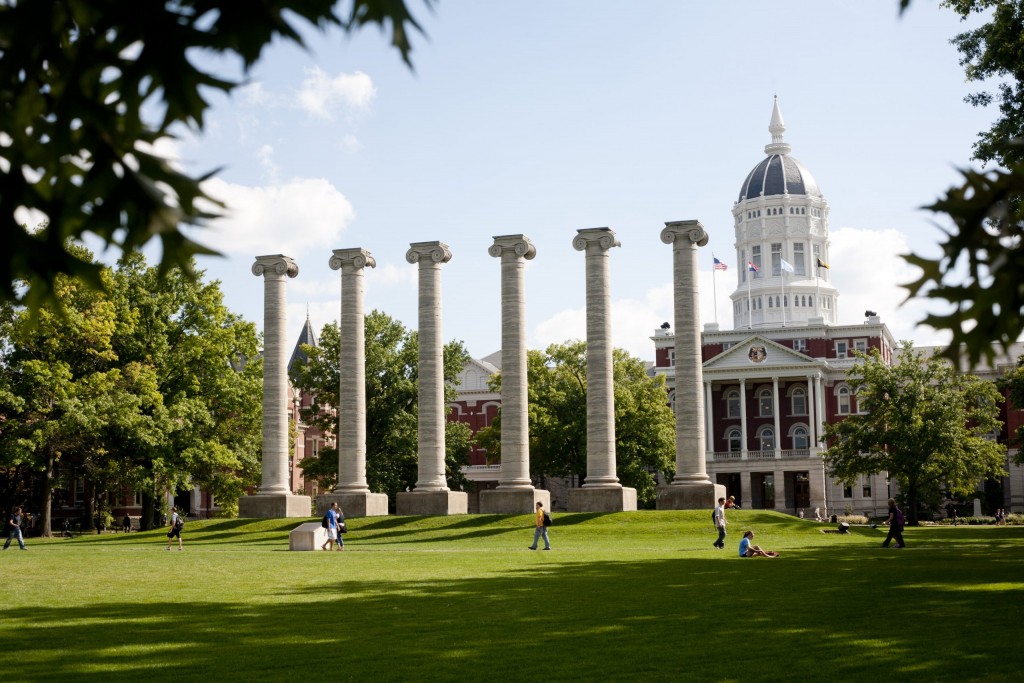 The committee that promotes Gov. Mike Parson’s political interests took the largest donation of the year Thursday, the same day Parson replaced a University of Missouri curator who refused to resign amid controversy over an appointee backed by the donor.

Ketchmark and McCreight, the law firm founded by Michael Ketchmark, gave $75,000 to Uniting Missouri PAC, more than twice the next largest donation reported in 2021. During the battle to get former Missouri Republican Party Chairman Todd Graves confirmed to the board, Ketchmark used his influence with legislators and met with Senators alongside Graves.

Uniting Missouri board member and fundraiser John Hancock declined to comment when asked about the timing of the donation.

Kelli Jones, spokeswoman for Parson, did not immediately respond to questions about the timing of the appointment and the donation.

Parson appointed Keith Holloway of Cape Girardeau to the 8th Congressional District on the Board of Curators seat previously held by attorney David Steelman of Rolla. Parson nominated Holloway to the post in March along with Graves but only Graves was confirmed before lawmakers adjourned for the year.

Steelman was the longest-serving curator on the nine-member board and was on the board for more than two years past the Jan. 1, 2019, end of his six-year term. He became a target for Parson during the lengthy battle to confirm Graves, who had sided with Gov. Eric Greitens, a first-time officeholder, in fights with veteran Republican senators.

The confirmation came after Parson successfully split the bipartisan group filibustering the vote by making a deal with Democrats. The price Republicans participating in the filibuster demanded – and Parson refused – was to keep Steelman on the board.

On the day after the filibuster, sources told The Independent that Parson was furious with Steelman over the fact that he contacted UM System President Mun Choi with concerns about Steve Tilley, a former House speaker and Parson adviser who lobbies for the university. Tilley is also a close friend of Ketchmark and worked behind the scenes to get Graves confirmed.

Steelman felt Tilley was trying to leverage his position to score contracts for his other clients, and worried he would lose his spot on the curators if he didn’t “play ball.”

Parson was forced to withdraw Holloway to preserve his ability to name him at this time.

The appointment removes Steelman from the board because appointees subject to Senate confirmation must wait until an approval vote during session, but appointments made while the legislature is not in session take effect immediately.

The legislative session formally ended May 30.

Holloway, who received a cordial confirmation hearing and was opposed only because he would replace Steelman. He is the founder and owner of Professional Packaging, Inc., a regional pallet brokerage he established in 1992, according to a news release from Parson’s office. He is also a commercial real estate investor and manager in Cape Girardeau.

Parson also filled an open seat on the Gaming Commission once held by a harsh critic of the chairman.

The new Gaming Commission member will be Raymore Police Chief Jan Zimmerman, appointed to the seat previously held by attorney Dan Finney of St. Louis. Before he resigned from his seat, Finney had questioned the $400,000 cost and secrecy of an investigation of commission licensing practices conducted by Graves’ law partner, Nathan Garrett.

At the Gaming Commission, Finney became embroiled in a battle with Chairman Mike Leara, who pushed for the investigation by Graves Garrett. It was approved soon after Leara took his post amid disputes within the commission between civilian administrators and the Missouri State Highway Patrol over the role and cost of the patrol’s Gaming Division.

At one point, Finney accused Leara of having an “imaginary friend” who was making false accusations about licensing decisions.

Zimmerman has been chief at Raymore since 2012, moving from the Kansas City Police Department after rising to the rank of major.