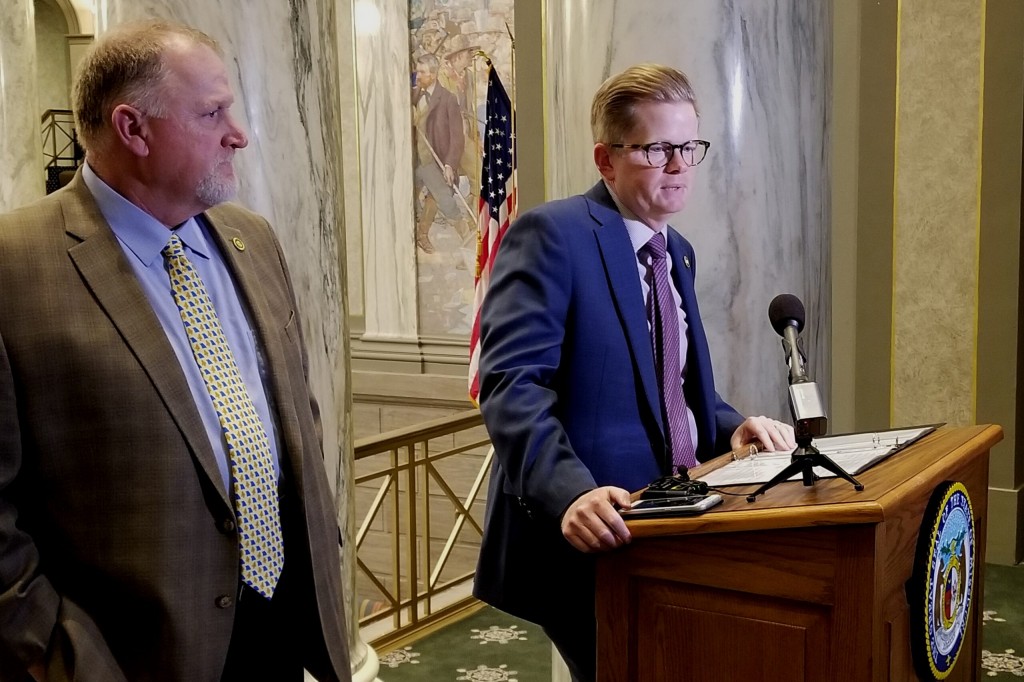 Republican Gov. Mike Parson cut a deal this week with Senate Democrats to break a filibuster over the nomination of former Republican Party Chairman Todd Graves to the University of Missouri Board of Curators.

Democrats were promised a chance to screen potential nominees so at least one of two St. Louis-area seats will be given to a graduate of the university’s Kansas City campus, said Sen. Greg Razer, D-Kansas City.

But the governor refused a deal with Graves’ Republican opponents that would have extended the time curator David Steelman of Rolla remained on the board, sources told The Independent on Thursday.

Parson is reportedly furious with Steelman, sources said, for releasing emails under a Sunshine Law request that pertained to one of the governor’s advisers. But the Senate is not hurrying confirmation of his replacement, nominated the same day as Graves, so Steelman will likely participate in the board’s next meeting on April 22.

A bipartisan group blocking Graves tied up the Senate for more than three hours on April 1 and held the floor for more than eight hours Tuesday and early Wednesday before the 19-13 vote that confirmed Graves as the 6th Congressional District curator.

But Democratic and Republican participants in the filibuster had different objectives, so when Democrats were satisfied, it left the Republicans standing alone.

Only Sen. Paul Wieland, R-Imperial, and Sen. Denny Hoskins, R-Warrensburg, were ready at 1 a.m. Wednesday to keep the filibuster going.

“What Sen. Hoskins and I determined was that it was up to us to continue on and everyone else was tired,” Wieland said Thursday. “That is why we decided to stop.”

To placate Democrats, Parson’s office promised that one of two available seats on the board, from districts that represent the St. Louis area, would be a graduate of the University of Missouri-Kansas City, Razer said.

It was better to extract that promise than continue a fight where the result was inevitable, Razer said, since Senate Republican leadership was determined to keep the Senate in session until the filibuster burned out and a vote could be held.

“It got to the point where it was obvious that the governor was completely digging in and the Senate was going to put Graves on the board with or without concessions from the governor,” Razer said.

The governor was offered a vote on Graves if Parson withdrew the appointment of Keith Holloway of Cape Girardeau, allowing Steelman to remain as the 8th Congressional District curator, said several sources speaking on promise of anonymity.

Wieland and Sen. Bill Eigel, R-Weldon Spring, discussed the failure to reach an agreement with the governor when the Senate convened Wednesday morning about nine hours after the vote.

“I was disappointed that the governor’s office indicated no interest in helping us move forward with a compromise,” Eigel said. “That was disappointing to me.”

Parson refused, the sources said, because he is upset with Steelman.

In response to a Sunshine Law request The Independent sent to all nine board members individually, Steelman released an email he received from lobbyist Steve Tilley, a close Parson adviser and fundraiser, seeking university business for a client.

Tilley is a contract lobbyist for the university, paid $5,000 a month, and Steelman wrote to Choi that he was worried “that if I want to be reappointed I need to learn to play ball.”

During the push to win confirmation for Graves, Tilley helped set up at least one meeting, with Sen. Brian Williams, D-Ferguson, who became the lone Democrat to vote for Graves.

Reached by phone Thursday, Steelman said he was unaware of the deal when it was offered and declined to comment further on the back-room negotiations.

Parson’s spokeswoman, Kelli Jones, did not respond to emailed questions about the deals made to move Graves to a vote.

During a meeting Thursday of the MU Faculty Council on University Policy, Choi was questioned by Art Jago, professor emeritus of business management, about the email from Steelman and Tilley’s role as a contract lobbyist.

“Any kind of appearance of quid pro quo is very, very serious,” Choi said. “Those are discussions we are having with our board.”

Tilley, whose lobbying practices have been the subject of FBI scrutiny for more than a year, is a subcontractor of Husch Blackwell. That firm is paid $252,000 a year to represent the university under a contract signed in 2016 by Andy Blunt, son of U.S. Sen. Roy Blunt.

Choi praised the work done by Husch Blackwell, said the university would retain the firm and pushed back when Jago suggested the two could be separated.

“So you have not asked this contractor to take Mr. Tilley off the MU account?” Jago asked.

“And that is because of what?” Choi asked back. “What would be the reason for that?”

“Because of his interactions with a curator,” Jago replied.

“His interaction with a curator was to say that, ‘this is someone I work with,’” Choi said. “He made a curator aware of it, and we did not take any action. And it’s an introduction.”

Parson appointed Holloway at the same time he named Graves, on March 18. But while Graves needs only to be sworn in, Holloway has not had a hearing yet before the Senate Gubernatorial Appointments Committee.

Senate President Pro Tem Dave Schatz, R-Sullivan, said Thursday that Holloway has been meeting with committee members but no date has been set for a hearing.

The committee typically meets on Wednesdays with floor votes on nominations the next day.

“I don’t think we have anyone scheduled for Gubernatorial Appointments next week,” Schatz said.

The nine curators serve six-year terms and govern the four-campus system that also operates a major hospital and health care network in Central Missouri and a network of University of Missouri Extension offices in every county.

Steelman was appointed to the board in September 2014 to finish out a term that ended Jan. 1, 2019. Under the Missouri Constitution, most appointive officers continue to serve beyond the end of their term until a successor is named.

Under state law, there is one curator from each of the state’s eight Congressional districts and one at-large appointment. Graves replaced Phil Snowden, whose term ended Jan. 1.

Democrats first asked for a commitment that at least one of the two St. Louis-area seats be offered to someone with a degree from any of the campuses other than Columbia, Razer said. When that was refused, he said he asked and received the commitment about the UMKC graduate.

Razer and others from Kansas City had backed attorney Lisa Weixelman as an alternative to Graves because she holds a law degree from UMKC and sits on the campus Board of Trustees. With Graves confirmed, the next chance to appoint someone from the Kansas City area will come in 2023, when the term of the at-large curator ends.

Because he has already nominated two Republicans to the board, Parson can pick one more Republican and must choose a Democrat or independent for one seat. No more than five curators can be from the same political party.

“We would be upset,” Razer said, “if he appointed another lightning-rod Republican.”