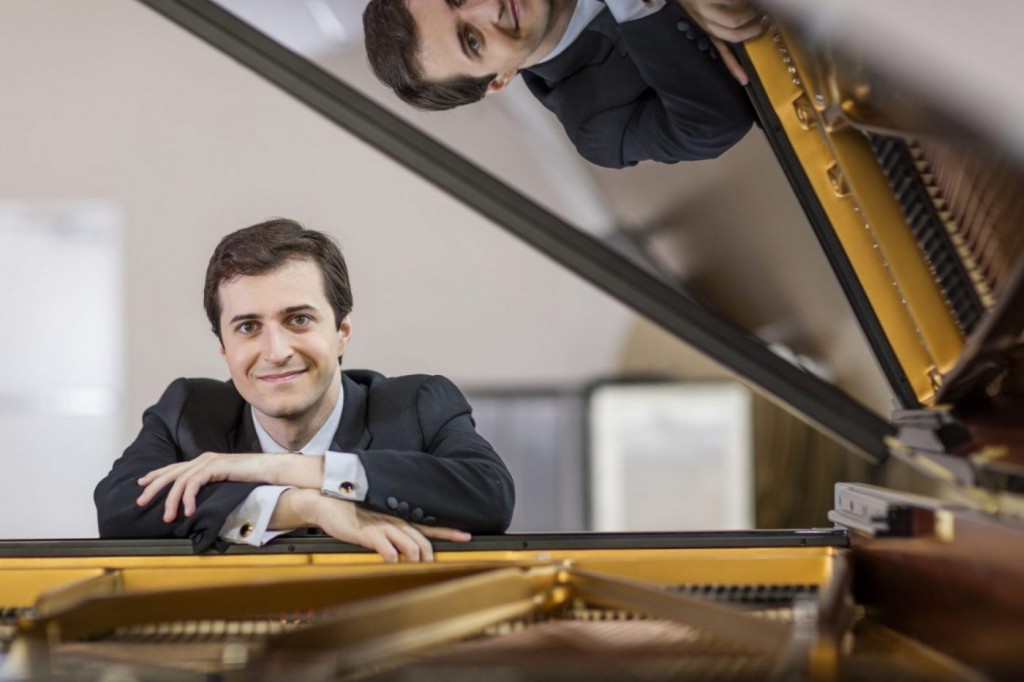 Kenny Broberg at the ready // Courtesy of Kennybroberg.com

Broberg is regarded as one of the top pianists in the world under the age of 30 and has played around the world, and in accompaniment with the Royal Philharmonic Orchestra, Seattle Symphony, Sydney Symphony Orchestra, and many other companies. As well as being featured on NPR, ABC (Australia) radio, and APM’s Performance Today.

And what do you have to say for yourself, Michael Bublé? We’ll wait…

The winner of the American Pianists Awards will receive the Christel DeHaan Classical Fellowship, valued at more than $100,000, as well as career assistance for two years, concerti and solo recitals worldwide, an artist-in-residence post at the University of Indianapolis, and a recording contract with the Steinway and Sons record label.

If you’re needing some sophisticated sounds for your afternoon walk around Loose Park or are just a fan of fantastic piano music, Broberg’s solo recital will be streamed on Sunday, June 20, at 2:30 p.m. with the finals slated for June 25-27 in Indianapolis.

We wish Kenny nothing but the best of luck!