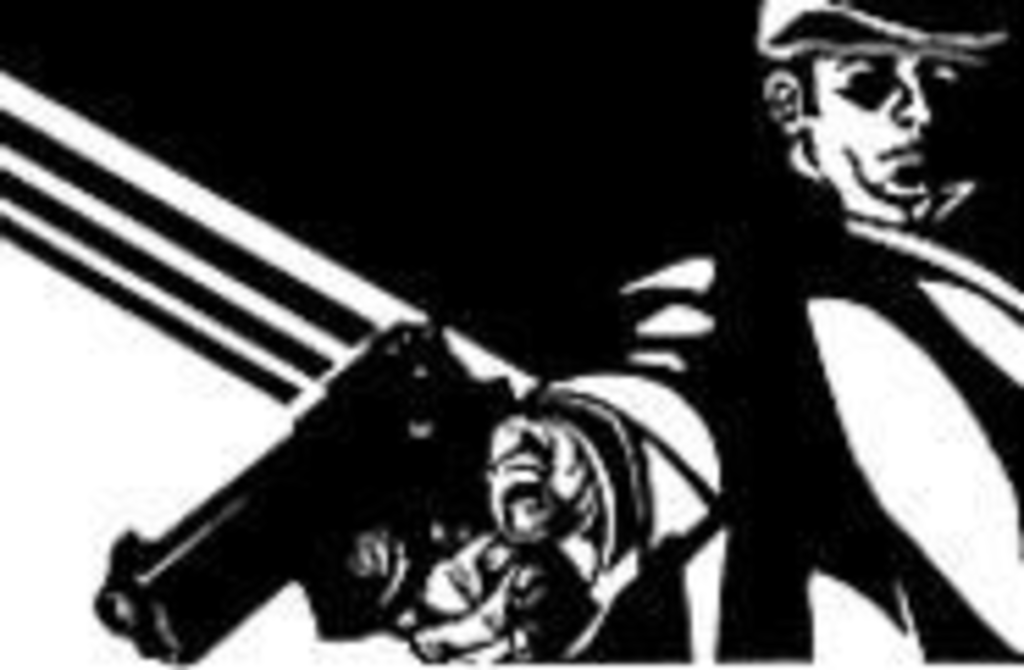 Paradigm comic creators Matthew Cashel and Jeremy Haun aren’t afraid to admit that they’ve seen an episode or two of Friends. Neither are their characters, Chris and Emma, who discuss an episode of the show as the story opens.

Their inane conversation is interrupted when a stranger approaches and demands that Emma hand over her purse. She pulls a gun out of her bag and shoots.

The rest of the first issue of the comic deals with Chris’ inability to react appropriately. More stirred by the idea that reality seems suddenly without boundaries than he is by the fact that his girlfriend has killed someone, Chris questions more than why Emma carries a gun.

Paradigm is, at its core, about the pursuit of chaos as opposed to living a predictable, structured life. “Chaos and anarchy are so attractive,” Haun says. “You think to yourself, ‘I want to say what I want to say, do what I want to do, think what I want to think, and screw everybody else.’ And then you go, ‘Well, but I also want the coffee shop to be open when I need a cup of coffee. I want my television shows to come on at their regularly scheduled times.'”

Haun, who lives in Joplin, works on Paradigm full time, producing one detailed page of photorealistic illustrations a day. Cashell is still in college, and he “whores himself out” for his comic by working at a Joplin bar.

As the first issue hits the stands, the artists know exactly where the story is headed. But readers are likely to be dumbfounded as they shut the back cover: The last panel pulls back a curtain on a whole new set of mysteries.