Citizens can help by calling and emailing their city council representative and attending the city's public budget hearing. 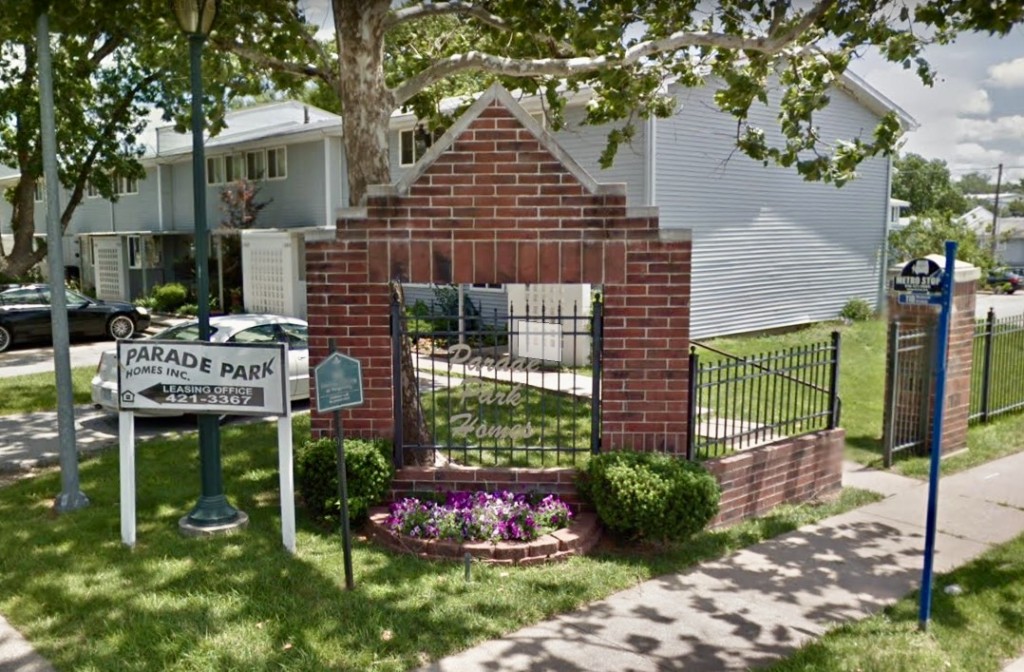 The entrance to Parade Park.

Parade Park Homes, a community of about 500 residences near 18th and Vine, was created in 1963 when Black families in Kansas City were pushed out of their homes due to segregation and redlining. Back then, the neighborhood was owned by four landlords.

In the late ‘60s, residents voted to turn Parade Park into a housing co-op. It was one of the first Black-owned housing co-ops in the country, and people living there became part owners in the non-profit that owned their homes. A board of residents oversaw repairs and maintenance to the community. Now, Parade Park Homes, Inc. needs funding from the city to preserve the community.

“A lot of the people who moved here were forced here because of racism, they were forced into an area they didn’t live in,” says Brian Hullaby, a fourth-generation resident of Parade Park. “Rather than just accept that they had to live in you know an area that wasn’t safe or it wasn’t worth any money, they turned it into the most incredible community I’ve ever been a part of.”

The neighborhood has fallen in disrepair in recent years due to neglect from the co-op board. Many residents have issues with faulty central air and heating, bad water pipes, mold, and even holes in their walls and roofs.

Chaunceyetta Mize, a 79-year-old resident of Parade Park, had a hole in her roof last year. Mize complained multiple times to management but received no action from Parade Park Homes to fix it. After a storm, the roof collapsed. The board did end up fixing Mize’s roof and moving her to a safer townhome in Parade Park, but residents believe this is only because the management began receiving public backlash.

Because of the years of neglect, Hullaby, who is a community organizer with KC Tenants, began canvassing Parade Park and ultimately formed a tenant union in the summer of 2021. Residents are fighting to save their homes and gain more transparency and responsiveness from the board.

But Parade Park also needs funding to fix the current issues and preserve the neighborhood.

“I’m optimistic that this is one of the keys to securing this affordable housing and structural safety for as many as 500 households in this space,” says Alexi Grousis, a longtime resident who grew up in Parade Park. “This could be something that provides safe and affordable housing for a generation.”

Grousis and other community members are urging people to show support for the ordinance at the Public Budget Hearing today from 6-8:30 p.m. The meeting will be held in person in City Hall’s Council Chambers and over Zoom.

If you see this stop scrolling

If you’re not in the KC Metro area boost this

“It’s not only valuable for us to have the input of the specific neighborhood, but it’s also really important that we have support from outside of the neighborhood,” says Grousis.

To support the ordinance, call or email your city council representative as well as councilwoman Robinson (if she is not already your councilperson) to indicate your support for ordinance 22-2490-55598-B-57PARADE.

You can also register to provide public testimony virtually at the meeting by emailing public.testimony@kcmo.org with your name and council district and “Proposed Budget – Speaking” in the subject line. If attending the meeting in person, you will be asked to fill out a speaker card to provide testimony.

“Losing Parade Park will be tearing thousands of people from their roots. Kansas City should be doing everything in its power to revitalize this neighborhood and make it what it was when you know my mom was growing up and when I was growing up. It was beautiful and peaceful,” Hullaby says. “People have worked hard to make this neighborhood what it was and no one wants that to be for nothing. So we’re still fighting to save it—we also know that we need money to fix things.”

Both Hullaby and Grousis want to ensure that this ordinance, if approved, is not the end of the revitalization of the neighborhood.

A new board for Parade Park will be elected in the coming months, and Hullaby stresses the importance of more transparency and accountability. The community needs the funding, but also assurance that they won’t be priced out of Parade Park once it is repaired.

“There needs to be community input. The residents of Parade Park should have a say and how this place is reconstructed. [Those in charge of the project] have to think about where people are going to go while that reconstruction is being done,” Grousis says. “There’s a lot that will need to go into it to ensure that that construction doesn’t have casualties.”