Panic Fest 2015 pushes the horror even longer at Screenland Armour 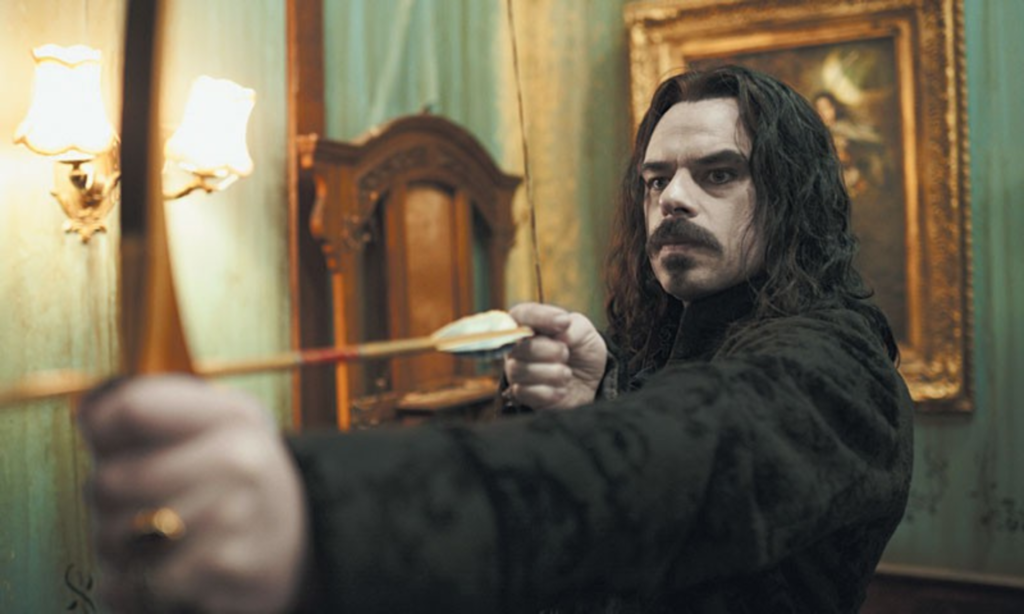 “If you can’t attend the entire fest or a few films each day, cancel your plans or call in to work,” says Roberts, who co-owns Screenland Armour. “We had to spread the schedule out, so there isn’t just one day that has everything.”

There was a time when Roberts and Tim Canton, the festival’s other co-founder, feared that their event was doomed to downsize.

“When Tim and I sat down and began discussing this year’s festival, in September, we kind of froze,” Roberts says. “The films were much harder to find — many were still being shot, edited or sold. Then, after Thanksgiving, a tidal wave of ‘yes’ came in and people began submitting things to us.”

Many of Panic Fest’s titles are already on horror fans’ must-see lists, but Roberts has his own recommendations. He’s pumped, for instance, to show Final Girls (7 p.m. Saturday, with a filmmaker Q&A to follow), a slasher flick that he says recalls last year’s festival hit Pinup Dolls on Ice.

Also showing just once is last year’s winner of the Midnight Madness audience award at the Toronto International Film Festival. “I know Tim would have been at a loss if we hadn’t locked down What We Do in the Shadows,” Roberts says of the comedy (at 2 p.m. Sunday). “The film is a mockumentary about a group of vampires, written by Jemaine Clement of Flight of the Conchords.”

And kicking off the weekend is a locally made one-off, Jennifer Help Us (7:30 p.m. Friday), shot entirely on an iPhone 4s.

“I want to say there was a real statement behind that choice, but the reality was, that’s all we had to work with,” says Brian Burger, a producer on the movie who will field questions after the screening. “We spent too many years sitting around, going, ‘If we had this camera and X amount of dollars, we could make a movie.’ Finally, we hit a wall and asked ourselves, ‘What can we make with what we got?’ Once we accepted the harsh reality was the phones in our pockets, we used that as a starting point.”

You’ll have more than one shot at a few other titles. Among those, Roberts says, his favorite is probably The Editor, from the team behind Manborg. It plays at 11:45 p.m. Friday and 3:45 p.m. Sunday.

On the classic-horror tip, Roberts is a fan of The Poughkeepsie Tapes (11:30 p.m. Friday) and Wolfcop (9:45 p.m. Friday). “As if the title didn’t already sell you on it,” he says of the latter, “it’s about a cop who becomes a werewolf and keeps kicking ass.” The Poughkeepsie Tapes, on the other hand, is reputed to be disturbingly graphic. “MGM pulled it entirely,” Roberts says. He adds that it has never had an official release.

The fest also rounds up a bunch of shorts at 3 p.m. Saturday, in a slate hosted by Kansas City’s Jill Sixx and Scary Gary. At 3:45 p.m. Sunday, short-film enthusiasts also get Eat My Shorts, which compiles the best horror-ish shorts from 2014.

Films and Q&As? Check. Food and drinks? The weekend’s menu includes specialty sandwiches and a handful of occasion-specific Tallgrass beers.