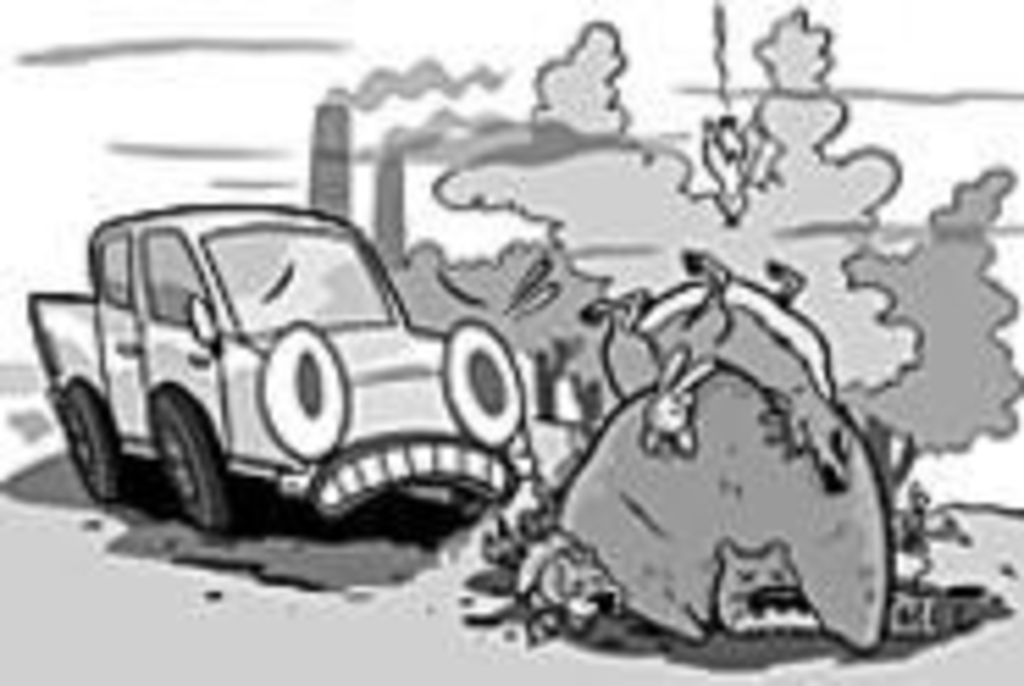 Last August, Bill Ford Jr., the heir to the auto empire himself, came to Kansas City to show off a new bright-green Ford Escape Hybrid, an SUV that runs on electricity and gasoline. Ford explained that the Claycomo auto plant was going to build at least 25,000 of the Earth-friendly rides by the end of 2005.

The announcement drew praise from environmentalists, who had long criticized Ford for its gas-guzzling product line, which includes the Claycomo-built F-series pickup trucks, the ubiquitous Explorer SUV and the gargantuan Expedition.

But even as flashbulbs lit up Ford’s smile as he announced the small victory over pollution, the plant’s ventilation shafts were coughing carcinogenic fumes into the warm summer air.

The local Ford factory emits more cancer-causing air pollution than any other automobile plant in the country, according to the watchdog organization Environmental Defense, which bases its assertion on Environmental Protection Agency data from 2002. Environmental Defense’s rankings put the plant at No. 42 on a list of 100 facilities releasing the most carcinogenic pollution; it’s the highest-ranked auto factory on the list (listed just after Schering-Plough Products of Puerto Rico and just before International Paper in Natchez, Mississippi; Wichita’s Boeing plant checked in at No. 24).

The plant puts out more than twice as many toxins as the General Motors plant in Kansas City, Kansas. The main offender is a chemical called ethylbenzene, a colorless liquid that smells like gasoline. Workers spray it onto vehicle body parts along with paint. The paint stays on the fender; the ethylbenzene evaporates.

Workers at Claycomo paint a lot of fenders. The plant is among the most productive in the country. Last year, it cranked out almost 500,000 pickups and SUVs. (By contrast, the local GM assembly line produced 227,000 Chevy Malibus.) A Ford spokesman tells the Pitch that painting one F-150 pickup, with its truck bed and wide body, is almost like painting two Mustangs.

In 2002, the most recent year for which the EPA compiled the data, Ford reported emissions of 170,850 pounds of ethylbenzene from the Claycomo plant.

One study showed that exposure to high concentrations of airborne ethylbenzene can cause tumors in rats, according to the Agency for Toxic Substances and Disease Registry, an office of the U.S. Department of Health and Human Services. But that study subjected the animals to levels a million times greater than what is generally found in outdoor city air.

Ethylbenzene is everywhere — in gasoline, household chemicals and certain glues. And not everyone considers it much of a hazard.

“It’s not a very bad chemical, really,” says Syed Hasan, a University of Missouri-Kansas City professor of environmental and engineering geology. Hasan says the studies showing a link to cancer have been weak and that even direct contact with liquid ethylbenzene causes only rashes or itchy eyes.

“With all the ways people can be exposed to ethylbenzene, you compare that to the amount of humans that have been injured, that have been hurt, that have died as a result of exposure, it’s minimal,” says Jessilynn Butler Taylor, a scientist with the federal ATSDR.

The Ford plant is in compliance with its EPA permit, says Kim Olson, a spokeswoman for the local EPA Region 7 office in Kansas City, Kansas. The EPA doesn’t list ethylbenzene as a carcinogen, but the chemical is 99th on the EPA’s list of about 700 hazardous chemicals — nasty, but not as nasty as mercury or lead.

The state of California sees it differently and has put ethylbenzene on its own list of carcinogens, which is why Environmental Defense followed suit. Carol Andress, a senior policy analyst with Environmental Defense, says a chemical must clear a series of high hurdles before the EPA will list it as a carcinogen.

“As with many chemicals that are used today, there is limited information available about human health effects,” says Ed Hopkins, who directs the Sierra Club’s Washington, D.C.-based environmental-quality program. “We urgently need to find out more about how these chemicals affect people.”

Still, it’s the EPA’s opinion that matters to Ford.

“From our perspective, we really look at the U.S. EPA,” says Glen Logan, Ford’s environmental manager for vehicle operations. “At this point, the U.S. EPA does not recognize ethylbenzene as a carcinogen.”

But there are ways to paint cars with fewer chemicals.

A BMW plant in Spartanburg, South Carolina, has covered its X5 Sports Activity Vehicles and Z4 Roadsters mostly with a water-based paint since it opened in 1994. As a result, the plant pumped only 2,384 pounds of ethylbenzene (about 1.5 percent of what Claycomo emits) into the South Carolina air in 2002.

“We’re very environmental,” says Bunny Richardson, a spokeswoman for the BMW plant. “When we started it, we were one of the few that were doing it.”

Ford has been content to make its operation more efficient. Logan says the Claycomo plant has cut its painting emissions by 28 percent since 1999. “The process that is used at Kansas City is what I would call the standard technology out there,” Logan says. “It’s not an antiquated technology. It is a technology that is used at a majority of assembly operations, probably by all of our competitors.”

But General Motors executive Tom Meschievitz says that 60 percent of his company’s plants have incorporated some water-based painting technology. The company will convert to the cleaner technology when paint shops wear out and need to be refurbished, Meschievitz says. However, GM’s Kansas City plant, rebuilt in 1987, isn’t expected to be updated soon.

Then again, GM isn’t hyping its green hybrids — or painting them with ethylbenzene.

At least not yet. GM has announced that it will start making Malibu hybrids at the local plant in 2007, long before it plans to green up the paint shop.