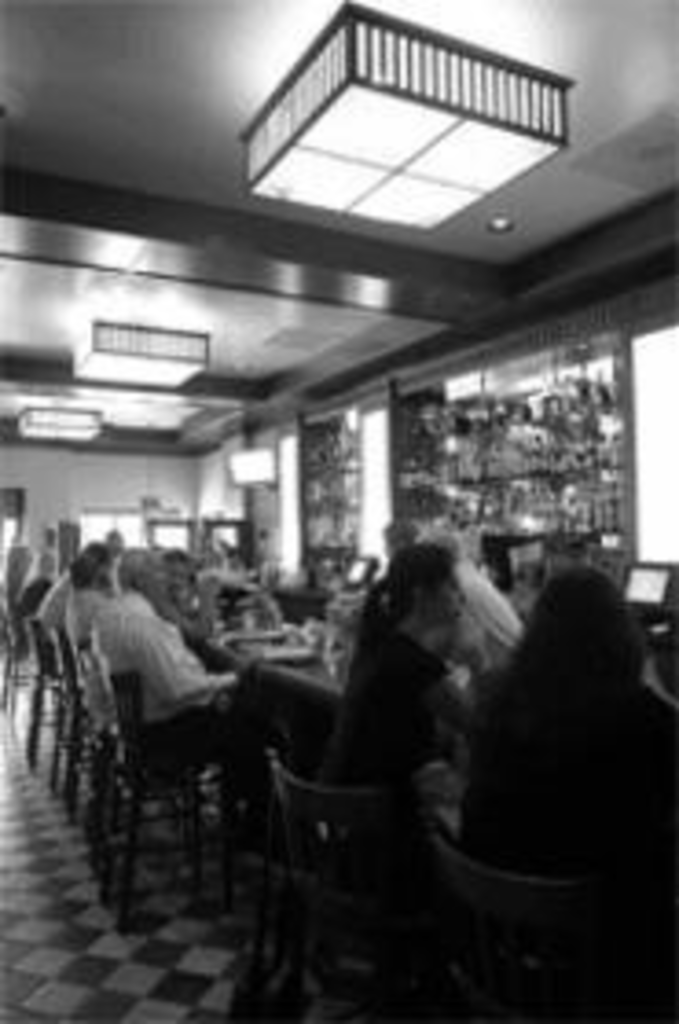 Kansas Citians like to think that their town’s most famous contributions to the American cultural landscape are jazz, barbecue and Harry S. Truman. But the real Kansas City export that changed life in America was the Country Club Plaza, the nation’s first suburban shopping center. This concept, created by real estate developer J.C. Nichols in 1922, unwittingly set the wheels in motion for the death of the traditional downtown — in both metropolitan areas and modest-sized cities — as a retail and entertainment center.

Long before Sam Walton’s Wal-Mart stores were putting mom-and-pop operations out of business, those suburban shopping malls, modeled after the auto-friendly J.C. Nichols template, were easily luring customers away from the inner city. Why go downtown, where it was so hard to find a parking place, when the nearby shopping center made it all so convenient?

The punch line, of course, is that in the past two decades, the Country Club Plaza has become more of an old-style “downtown” — with high-rise office buildings, shiny new hotels and condos, lots of chain retail outlets, and at least one swinging nightclub. It’s no longer a pretty suburban shopping center with such neighborhood amenities as a drugstore, a supermarket, a dime store and a bowling alley. What happened to that Plaza?

There’s a framed black-and-white photograph in the new M&S Grill (located, symbolically, near the restrooms) of the Plaza in those simpler days. It’s a picture of a man dressed as Santa Claus standing near a 1950s-vintage rocket. It’s a hilariously bizarre artistic note — totally out of character — in the front dining room, which is otherwise free of any personality. Don’t get me wrong: The place is not unglamorous or unsophisticated. It’s a very attractive restaurant, but soulless. And like most of the Plaza’s restaurants, it’s an import.

When the owners of M&S Grill, Portland, Oregon-based McCormick & Schmick’s, gutted a former retail space for its fifth grill-concept restaurant, they chose not to copy the 19th-century interior décor of the Oregon or Baltimore locations. Instead they created what my friend Ned calls “toned-down Prairie Style.” It’s been toned down, all right, to the point that there’s no style at all. Yes, it boasts all of the tasteful interior touches of most modern corporate-owned restaurants (including P.F. Chang’s next door): shiny wooden floors, uncloaked tables, comfortable booths, attentive servers in starched white aprons. The conceit is that the place appears to have been around for decades rather than installed last July.

The space is huge, almost cavernous. On my first visit, I felt like I’d passed an army of servers and at least three giant dessert trays on my way to a table in the less noisy back dining room. It’s hard for an interior this overwhelming to make a creative statement, but the food speaks volumes. It’s stylish, beautifully presented and unexpectedly delicious — almost sensational. And it had damn well better be; the prices are steep, right in line with those of the Capital Grille. Where did I hear that M&S Grill was not going head-to-head with the other top-dollar steakhouses? There are no bargains on this menu. In fact, the Capital Grille’s 14-ounce filet mignon is only about four bucks more expensive than the 9-ounce cut at M&S Grill. (The M&S beef does include spuds.)

One friend calls it the S&M Grill because “the pleasure of the meal is tempered by the pain of the prices.” I had a little masochism action myself on my first visit to M&S I ate way too much and was moaning (not necessarily with pleasure) as I waddled out the door. How could I not go wild with lust when I saw an appetizer called “Crab Tater Tots” on the menu? I was with Bob, Marilyn and Sidonie, and we all scanned the menu and caught those same alluring words — tater tots — at the same moment. “We must have those,” Sidonie said. She wanted the bacon-bound — excuse me, bacon-wrapped — barbecued shrimp, too.

“Do you think they’ll look like tater tots or oblong crab cakes?” Marilyn asked. Happily, the gorgeously crunchy and airy potato-and-crab puffs do look like big, fat tots, and we greedily dipped them in both the mango vinaigrette and the jalapeño tartar sauce. “They’re the most delicious things I’ve ever tasted,” Sidonie said. I felt equally passionate about the spicy shrimp, sided with a cooling heap of apple coleslaw.

The salads need a little tinkering. The Caesar was invariably overdressed both times I tasted it, and the beefsteak-tomato-and-mozzarella number was skimpy on the cheese. But the baby-spinach salad was a deftly constructed heap of the green stuff, blue cheese, sun-dried tomatoes and a jumble of fried onions.

Like its sister restaurant, McCormick & Schmick’s, the M&S Grill offers fresh fish, but only a dozen or so choices rather than an ocean of them. No plain-Jane fish dishes here: Catfish is either crusted with pecans and glazed in bourbon-maple sauce or blackened with andouille sausage and crab. Salmon is grilled with a Pinot Noir reduction or stuffed with blue crab and Brie.

Marilyn raved about the Parmesan-crusted tilapia (so did I), and Sidonie kindly offered me a tender hunk of her pot roast, which was served in a little covered china pot and was quite possibly the best in the city. I don’t know what possessed me to order a big ol’ hunk of beef, “Old KC Rib Eye Steak,” after all those tater tots, but it was peppery and luscious. Bob’s dry-aged Kansas City strip was excellent, certainly comparable in quality to any other Plaza steak palace.

But the real stars at M&S Grill are the desserts. We’re not just talking visually pretty. They’re gigantic, too. The oversized slices of cake and pie are reminiscent of baked goods from a 1940s steakhouse. This includes the biggest slab of red velvet cake I’ve ever seen. The traditional version is made with a couple of tablespoons of cocoa, but I couldn’t taste any in the layers of dark-red sponge cake here, thickly iced with cream-cheese frosting. A server told me that it was the same sponge-cake recipe used for the excellent Boston cream pie (vastly superior to the velvet cake, by the way). Still, when was the last time you saw red velvet cake or Boston cream pie on a modern dessert tray?

Instead of the ubiquitous crème brûlée and tiramisu, executive chef Nathan Holm has pushed for vintage desserts, including a walnut-and-caramel “Upside-Down Apple Pie” (fabulous!) and a hot-fudge sundae (in this case, a martini glass piled with vanilla-bean ice cream, warm Kahlua fudge sauce, and three golf ball-sized homemade truffles). Sidonie, sadistically, denied me a truffle; I was tempted to bite her finger instead.

I bit my tongue on my next visit, this time with Bob and Darren. Instead of overindulging, I decided to take a more moderate approach. We shared the seared pork tenderloin appetizer, a big tray of paper-thin slices that we swirled in sweet teriyaki and bland “hot” mustard sauce. Darren’s stuffed salmon, crammed with shrimp, crabmeat and bubbly Brie, was almost too decadent to finish. Bob manhandled the succulent stuffed chicken breast, implanted with shrimp, artichoke and sun-dried tomatoes.

Wanting to sample one of the six pasta choices, I settled on steak and wild-mushroom fettuccine, which looked and tasted like old-fashioned beef stroganoff, but really, really good beef stroganoff. (It’s made with veal stock and red wine — better than mama’s but it evokes the same nostalgia.)

Still, I was tickled to find that it’s one of a handful of favorite dishes from the past that get first-class treatment at M&S Grill, along with a fine Cobb salad, the pot roast and fried shrimp, and marionberry pie (the only dessert not made in this restaurant’s kitchen). Back when Kansas City had a thriving, vital downtown, these were the kinds of dishes that diners might have found at restaurants like Bretton’s or the Westport Room, proving, as Peter Allen once sang, that everything old is new again.