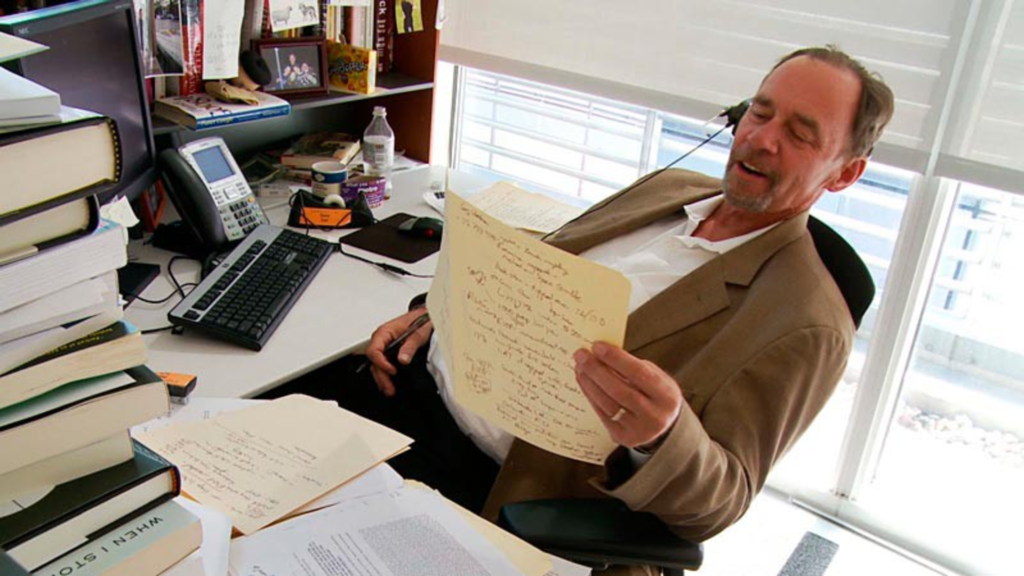 The documentary Page One goes backstage at The New York Times. Four writers at The Pitch watched the film and shared their thoughts in an e-mail roundtable.

Ben Palosaari: I’ll start by saying that I am not a fan of torture porn, which is what a large part of Page One feels like. It’s called, depending on where you look, Page One: Inside The New York Times or Page One: A Year Inside The New York Times, but that’s not what it is. Instead, director Andrew Rossi has stitched together a bunch of talking heads and supposed media experts to sing a funeral dirge for print media and news organizations — scholars and writers saying the age of reliable news reporting is dead, images of sobbing journalists packing up their desks and Rossi rehashing notable New York Times failures. It’s like watching Bambi’s mom getting shot over and over and over.

David Martin: I don’t think it’s the downer Ben says it is. After all, a number of the doubters and haters featured — Arianna Huffington, Markos Moulitsas, Michael Wolff — receive their comeuppance in some form or another.

Palosaari: Everybody knows that media companies are struggling to find out what the future is, and Rossi doesn’t shed any new light on that tension. Instead, he cuts short great scenes of reporters working — the thing the movie promises to show us. Rather than having a serious discussion about how crucial the Times is or how all news organizations will function in the future, cowardly Rossi dedicates a huge amount of time to people promising viewers that the Times and reporting are obsolete. Then he tosses in a few scenes of Times reporters being awesome before reverting back to the negative: Remember Judith Miller? Let’s talk about her for five minutes.

Martin: Sure, the Judith Miller saga receives more attention here than it probably deserves. But as the filmmakers point out, the criticism that the Times “led the country into war” persists.

Palosaari: Miller hadn’t worked at the paper for five years at the time of filming, but regardless, she doesn’t belong in the same movie with people claiming that the iPad is going to save newspapers. Rossi just throws every bullet point about journalism and a bunch of Times topics into a blender and burps it out over 90 minutes.

Martin: A better “future of news” documentary would examine a daily in Buffalo, New York, or Richmond, Virginia. Look at The Kansas City Star. Poor Lynn Horsley is covering City Hall and Jackson County these days. But a discussion of how news organizations will function in the future is tough to film, in part because nobody really knows. 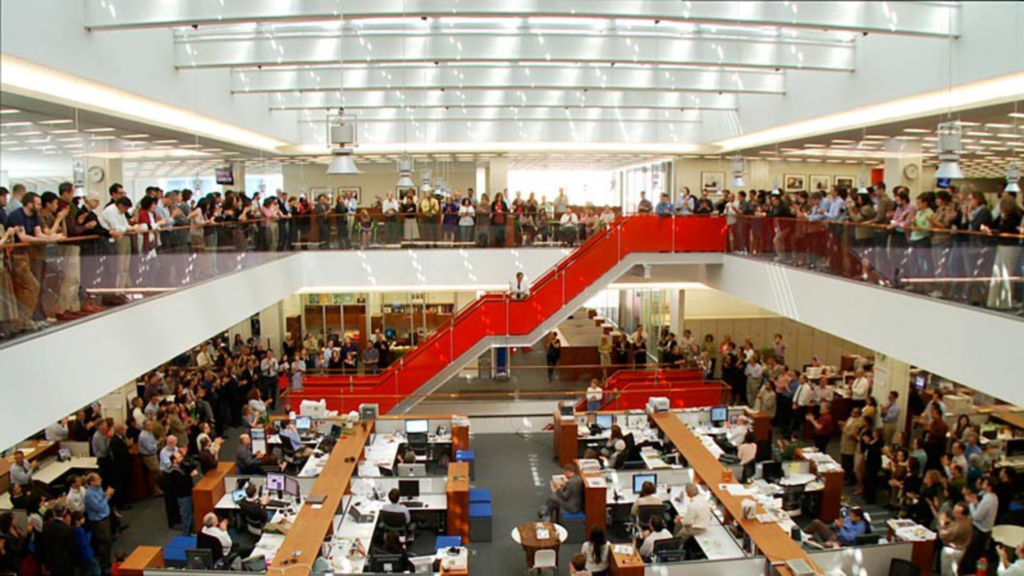 Peter Rugg: For the people in Davenport, Iowa, the corruption that hits closest to home is going to be what’s happening at the Davenport, Iowa, City Hall, and once the dailies covering those beats are gone, the risk of the public getting screwed on their local tax rolls or by their own law enforcement becomes much greater. Even if the reporter at those small dailies isn’t terribly good, just having someone attending meetings and taking notes matters a lot. David’s right. A much better way to do this material would be covering a small-town newspaper.

Martin: Or just sticking to David Carr, who writes about media for the Times and is in Page One quite a bit. He’s a rich subject. He came to the Times relatively late in life (having worked at alternative newspapers for many years), and he has the zeal of a new convert. The moment when he challenges the Vibe editor, who took a casual shot at the Times, was priceless.

Wilson: Carr deserves his own movie. I’d watch footage of him slouching around the country, sitting on various panels (and putting his Minnesota foot in his New York mouth on HBO, at the expense of us in Kansas City, the slope-headed). The scenes of him working to sort out Sam Zell’s barbaric decimation of the Tribune Company suggests that there’s a much more interesting movie to be made about that debacle. Zell at a lectern, shouting like a coked-up Cassandra at an unseen audience, is the closest that Page One gets to a chorus; those snippets function as a glimpse into what Michael Moore might do if he took on Tribune. That wouldn’t be a more honest movie than Page One, but it would be a far more entertaining one.

Rugg: I don’t think any of us wouldn’t watch 90 minutes of Carr just eating lunch.

Palosaari: The sections of the film that show Carr reporting and that show how the media desk makes the sausage are fascinating. As a journalism geek, I loved those scenes and wanted about three hours more. But again and again, the movie returns to various proclamations that news and legacy publications should just give up.

Rugg: That’s the worst failing of what could have been a fascinating film. It plays into all the stereotypes of the ivory-tower journalist, too arrogant to see the future. Rossi views the narrative from the same arrogant perch.