Pacific Rim: Uprising is a colossal dud that may very well sink the entire franchise 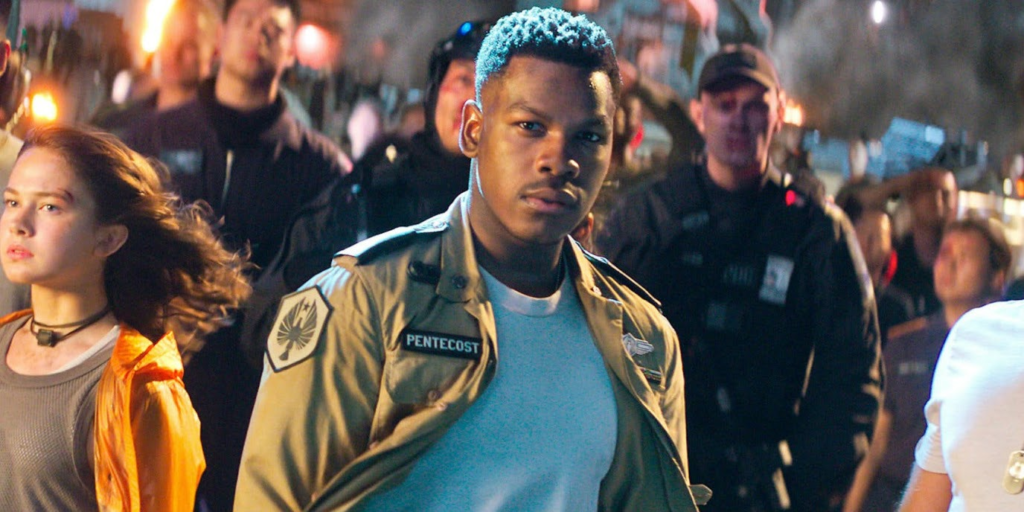 Let me tell you from experience: The worst choice you can make before seeing the new action sequel Pacific Rim: Uprising is to bone up by watching Guillermo del Toro’s 2013 Pacific Rim, which introduced a world where giant kaiju monsters come from the deep to destroy the world and are battled by scrappy two-person teams of humans that power giant mechanical Jaegers.

Sure, they share the same silly premise, but watching them back to back makes it clear what a unique touch del Toro (who moved on from this project to direct recent Best Picture winner The Shape of Water instead) has for design and detail, and how much of that imagination is lacking in Uprising.

This new entry into what is likely now a doomed franchise — at least in America, more on that in a bit — stars John Boyega (Star Wars: The Last Jedi) as Jake Pentacost, the rebellious son of Idris Elba’s fiery commander from the first film. Boyega is dialed down quite a bit compared to Elba, and so is Charlie Day, who returns in his role as a kaiju-obsessed scientist. Maybe it’s because the usually manic actor recognizes how lame most of his dialogue is, but Day looks like he doesn’t even want to be there.

Writer-director Steven S. DeKnight and his three co-screenwriters have essentially taken the bare bones of del Toro’s premise — epic scale, world-building, a sense of danger — and replaced it with generic young-adult adaptation fantasy tropes. The original wasn’t Shakespeare, but the “rah-rah” rally cries were underpinned by well-established stakes. You never get the sense the rest of the world is watching — or even cares — about the supposedly world-ending battles in Uprising. (One pilot actually radios to another during a skyscraper-shattering skirmish that the people of the city — briefly seen fleeing seconds before — are now safely underground, clueing in the audience that it’s OK now to demolish everything in sight without fear of casualties.)

The Top Gun-style macho posturing in Pacific Rim was so big and corny it was almost satirical, and often undercut by cunning displays of female prowess or the tough guy being brought down a notch. In DeKnight’s Uprising, everyone is equally blunted by blandness. All the kids who undergo military training are constantly reminded they need to act like a family, but the script never affords them the opportunity.

Pacific Rim’s most interesting concept was “drifting,” where two people must essentially mind-meld their thoughts and memories and work together in order to power a jaeger. Uprising reduces this to a flashback that apes a memorable sequence from the first film but without all the wonder. This is followed by a complete betrayal of the whole idea, in which a non-drifting pilot abandons the group to man a gun turret. Yawn.

If much of Pacific Rim: Uprising — where the robots outnumber the monsters at least two to one, maybe more — seems like a more international Transformers Lite, there’s a reason for that. The 2013 flick earned $101 million domestically, but overseas it took in a cool $309 million. Uprising is stacked with international movie stars in vague supporting roles (including original star Rinko Kikuchi, who has even less to do here than Day) in the hope that it can duplicate that success. But because it’s just a shadow of its predecessor, that hope is dim, and so are the chances of any more movies in this vision-depleted universe.