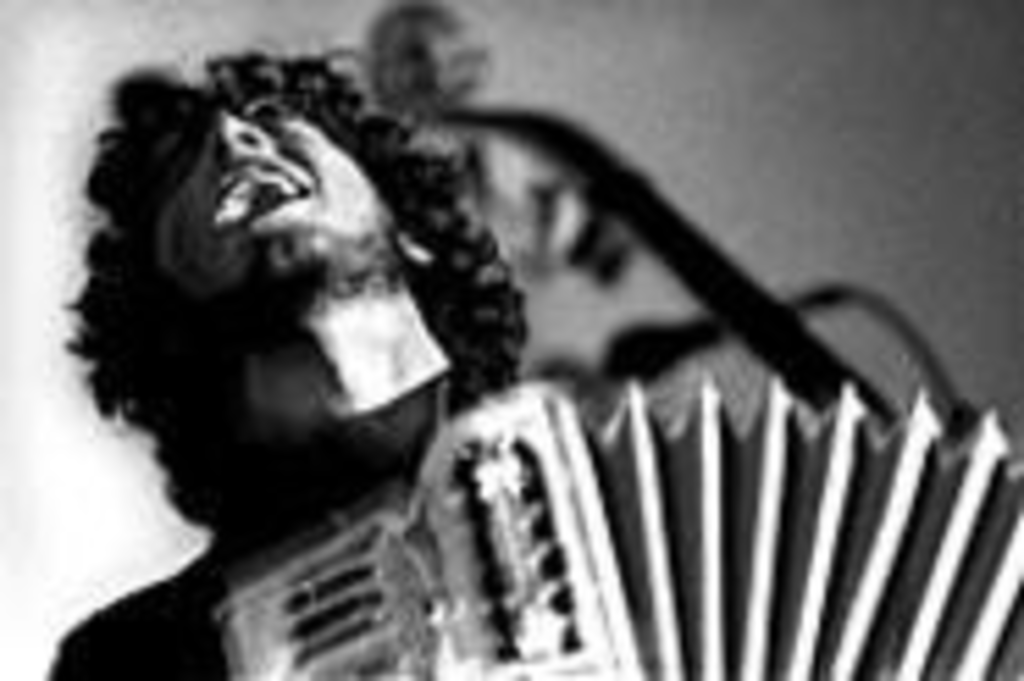 Jordan Wax is what one might call a Jewbilly. The 21-year-old musician from the Ozark borderlands — who performs in both a Cajun band and an old-time string band — started the People’s Republic of Klezmerica. He’s excited because that band is getting ready to put out an album called Shalom, Y’all, a phrase too strange to contemplate. It reminds us of the cowboy played by Harrison Ford in The Frisco Kid, who, having picked up some Yiddish from a wayward rabbi, screams “Oy gevalte!” as his horse dives off a cliff.The eight-member band plays about once a month in Columbia, performing original arrangements of klezmer standards. Lately, band members have been exploring the tradition of the Jewish brass band.

“In Eastern Europe in the late 1800s, these bands started popping up because the imperialist armies would come in and bring military brass bands, which were really loud and precise, and everything about them expressed uniformity,” Wax explains. “Jewish communities got ahold of that style of music and subverted it. They used the brass instruments to make a really passionate form of Jewish music that, to me, has a really strong voice of resistance.”

In the Nelson-Atkins Museum of Art’s presentation of The Color of Sound, music, poetry and artwork relate the life and times of modern painter Marsden Hartley, whose career spanned four decades. The free program includes live performances by fourteen musicians. UMKC professor Paul Rudy composed a work specifically for the show, which also includes songs by composers Gershwin and Stravinsky. Two narrators and an actor portraying Hartley read poetry and relate significant moments from the artist’s life. Meanwhile, works by Hartley are projected onstage. Performances take place at 7 p.m. Friday and 2 p.m. Saturday at the Nelson, 4525 Oak Street. Call 816-751-1278 for details.— Nadia Pflaum