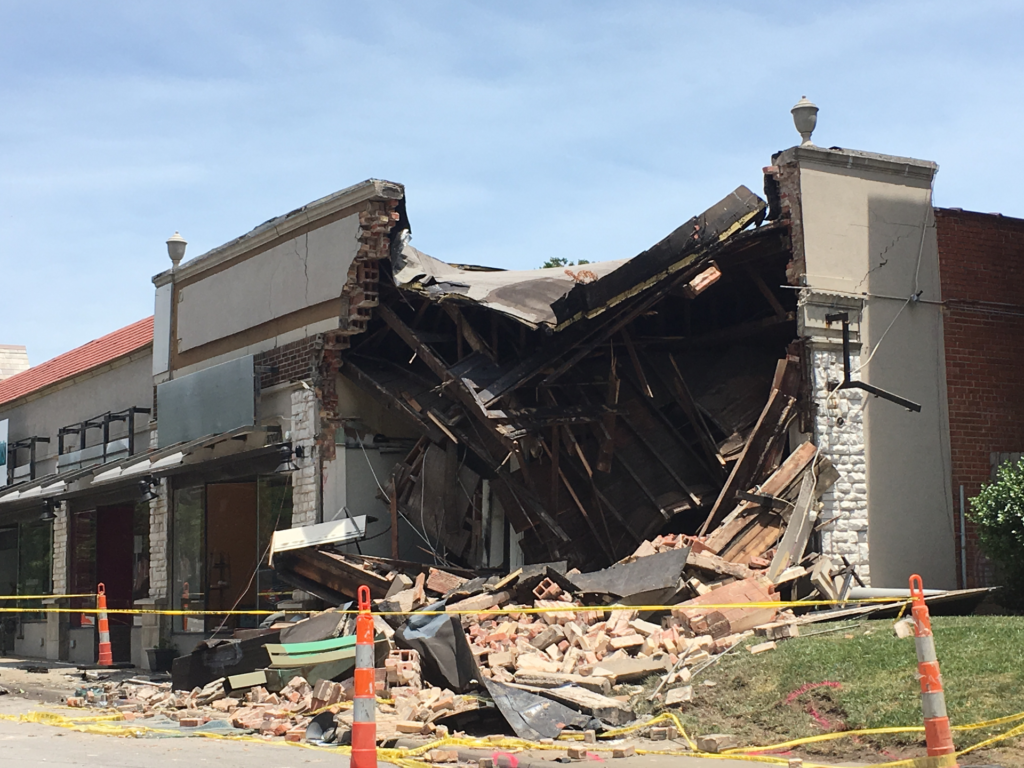 A deadly car accident overnight has left the structure at 3711 Summit (off Southwest Trafficway) — home to the recently opened and immediately popular Freshwater restaurant — in ruins.

According to KCTV Channel 5, an accident involving a sedan and a tow truck at approximately 3 a.m. Saturday caused the sedan to crash into the corner of the building, and resulted in the collapse of the structure’s southwest corner. A passenger in the sedan died; police are investigating.

I emailed Freshwater owner and executive chef Calvin Davis this morning, and he replied: “The truly sad part is someone lost a life. I will rebuild my business. Freshwater will live on.”

Freshwater opened in April of this year.