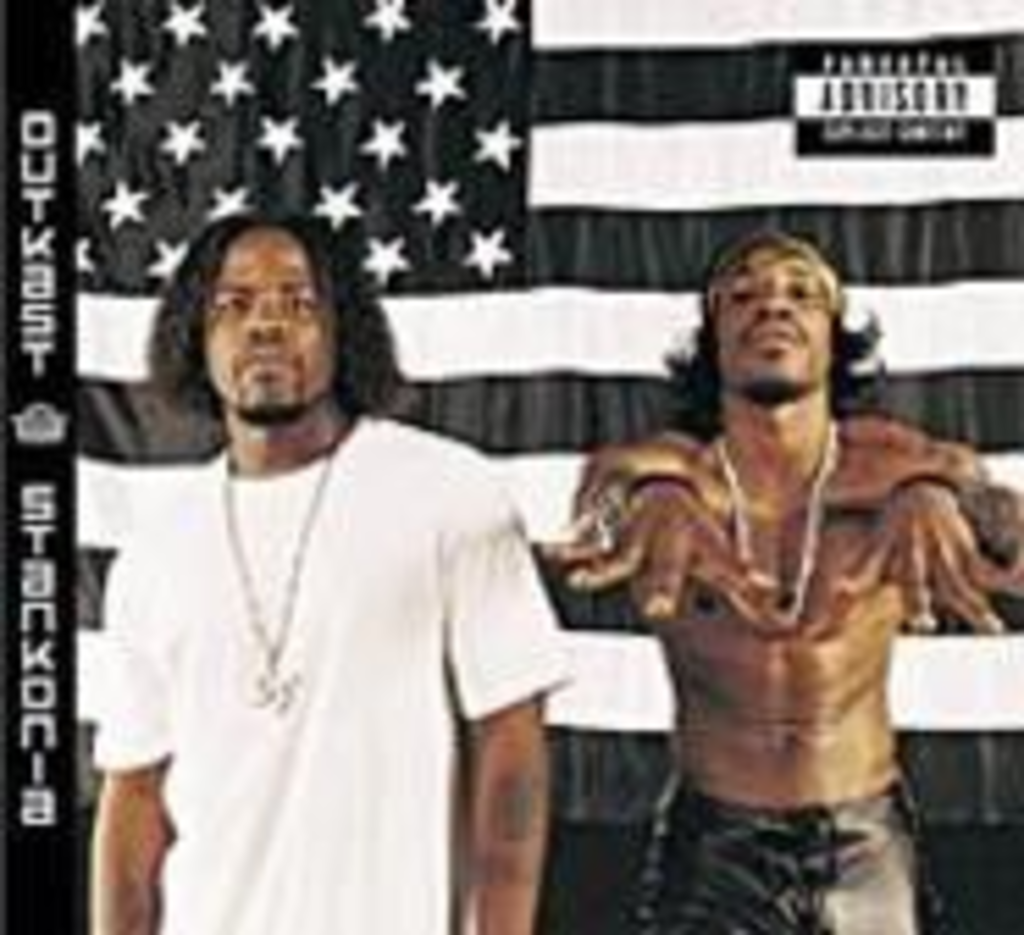 Imagine going to church and seeing Andre “Dre 3000” Benjamin and Antwan “Big Boi” Patton standing in the pulpit about to address the congregation. That service would be much like the duo’s fourth release, Stankonia — an unconventional, refreshing change. Stankonia is the first major cosmic shift in rap since De La Soul’s 1989 classic, Three Feet High and Rising. Outkast hearkens back to how kinfolk used to make Negro spirituals, capturing the raw essence of creation, spontaneity, and damn-the-master spirit.

Not all of this experimentation is easy to digest — some of the more exotic samplings on the plate might have listeners reaching for the Pepto. But for those with a diverse palate, Stankonia‘s creative wildin’ will serve as a satisfying, albeit strange, buffet.

It’s always taken multiple listens to interpret Outkast’s gospel, and Stankonia is its most difficult work to decipher. The answers to the boogie are buried beneath the complicated orchestration and grooves. No song concludes the way it begins. “B.O.B. (Bombs Over Baghdad)” revs up with Dre delivering rapid-fire rhymes over a speed-metal jungle beat, then concludes with a gospel choir wailing power music, electric revival. “Mumble Humble” uses the same crafty construction, commencing with Dre dropping a silly nursery rhyme over a deliberate pounding beat, then speeding up as Erykah Badu lets loose with passionate yelps of joy over shimmering high hats and a sleazy wah-wah guitar riff.

Speaking of Badu (Dre’s baby’s momma), Outkast’s latest single is “Ms. Jackson,” which soulfully examines the hardships of parental separation. The lyrics’ angst drives the song straight into a whirlwind of musical tension, which heightens the drama. You can plan a pretty picnic, but you can’t predict the weather, sings Dre, harmonizing over a backward loop, rim shots, and a bastardized version of the wedding march.

Near the end of the journey, Outkast slows things down with Funkadelic-inspired grooves. The morbid “Toilet Tisha” (about a 14-year-old girl who induces an abortion on the toilet), “Slum Beautiful,” and the title track sound like outtakes from the Maggot Brain sessions. The result of Outkast’s artistic declaration is the creation of an intriguing new sound: space-age gospel. It makes sense that these boys from another planet would move in a techno-spiritual direction. Many folks believe Jesus was an alien, and Outkast has created appropriately out-there hymns in his honor.