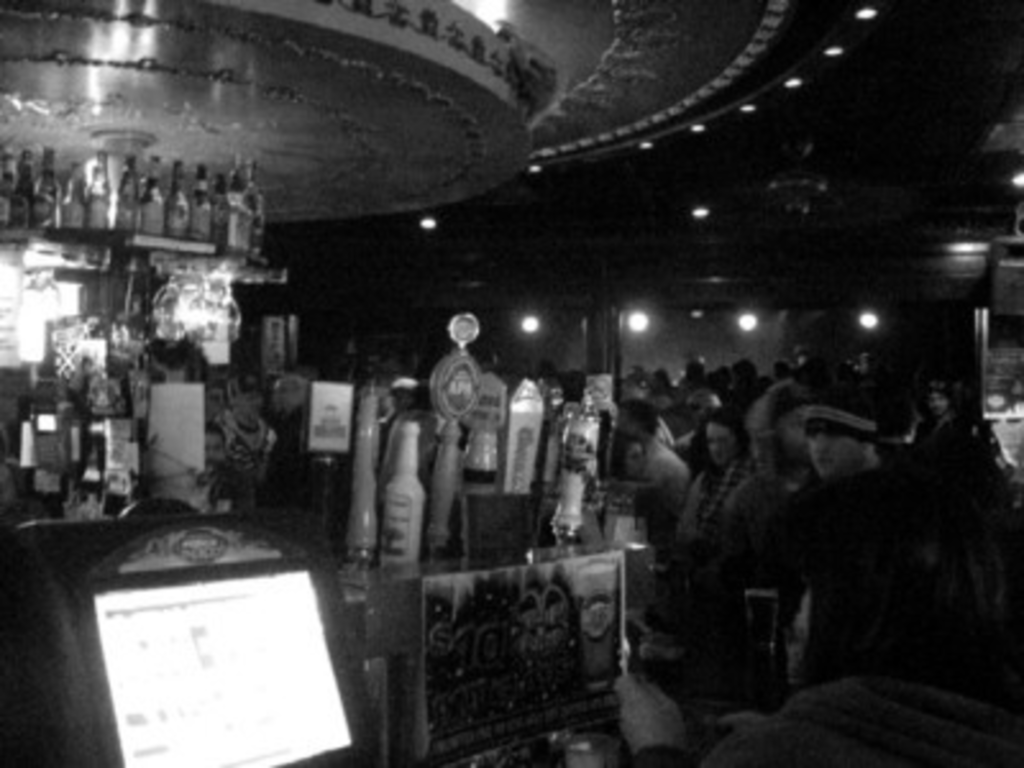 So much cool stuff went down this past weekend in the music scene that rather than stay in one place and focus on one show for formal review, I flitted hither and thither like a fattened fly, taking in as much shit as I could, laying the eggs of approbation ‘pon the city’s hide. 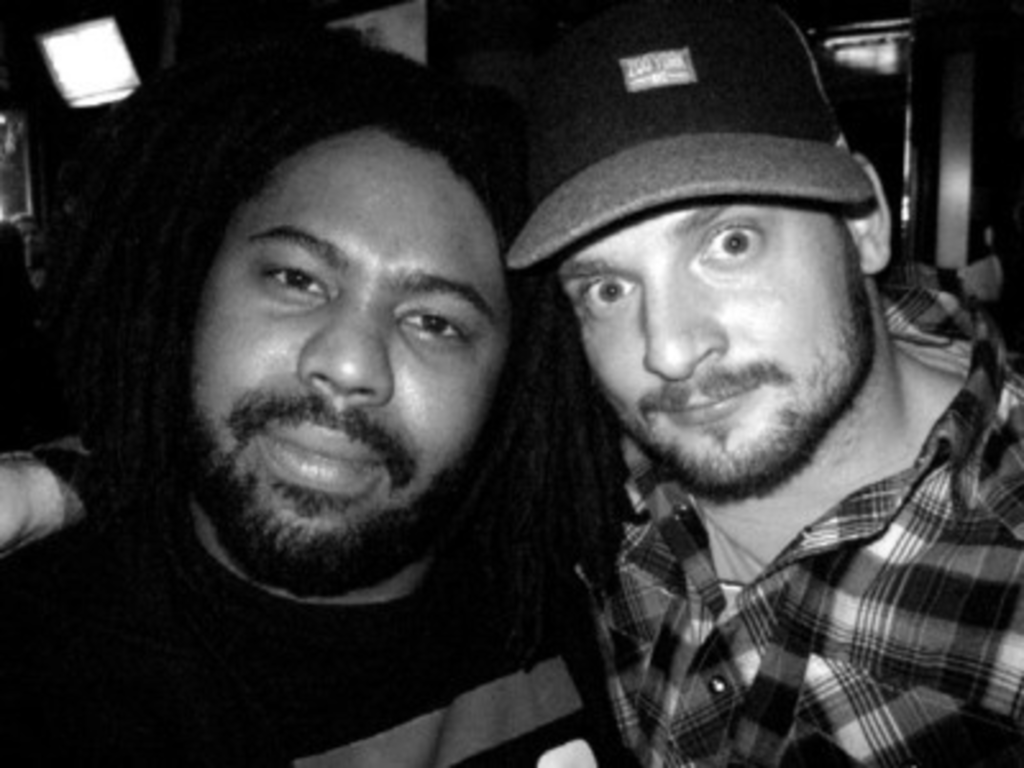 People packed in to the Riot Room for Mac Lethal and co’s annual Christmas show. Admission was $15, with the option of buying a $10 Schlafly beer glass that could be refilled until you couldn’t hold yourself up any longer. Given BC’s past partnership with Olathe’s Flying Monkey, I found the deal a bit strange.

By the time I got there (my actual first stop was a Christmas party in Western Shawnee), Soulcrate Music had already performed and Grieves was on stage. Lethal, meanwhile, was floating around the bar area, looking distinctly dazed from eight weeks on the road. I caught him catching up with Toon (above).