Our mural scene is leveling up: Best of KC 2019 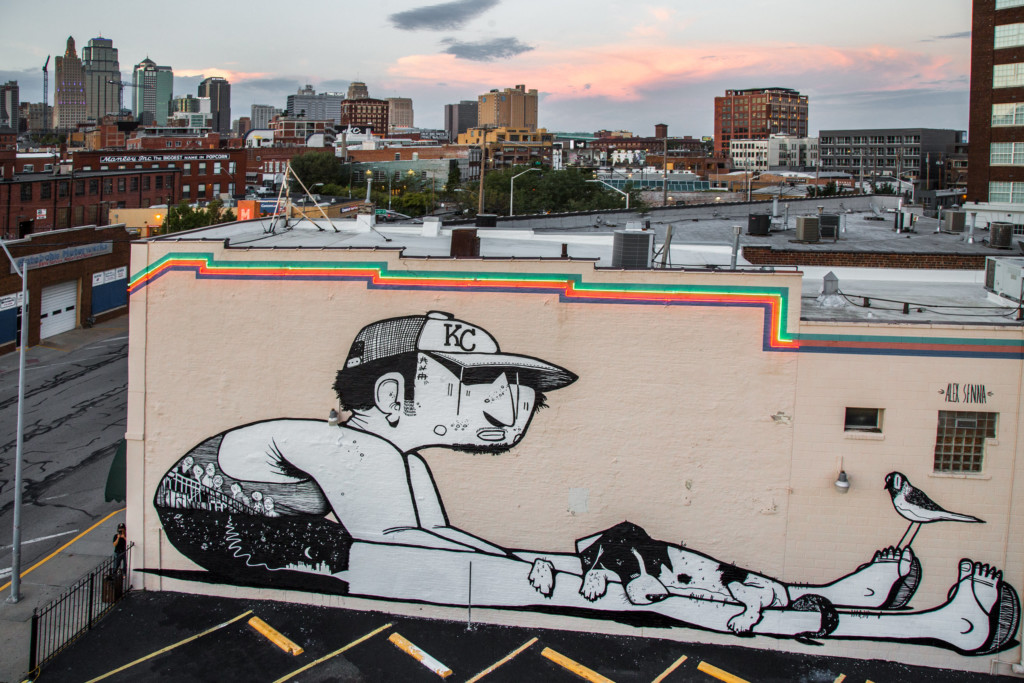 Our Best of Kansas City 2019 issue is out now. Go grab a copy. Alternatively, you can browse the results of the readers’ poll here. The issue also includes a list, compiled and written by The Pitch‘s editorial staff, shouting out some of our current favorite things about KC. We’ll be publishing these items online throughout the month of October.

Over the years, we’ve often envied other cities (Richmond, Philadelphia, Miami, and Brooklyn come to mind) their murals, an art form with a nearly unmatched capacity for reinvigorating public spaces. It’s not that KC was completely devoid of murals—KCK and the Westside boast lively street art; Rachel Helm’s massive, pink Whoop Dee Doo monster at 18th and Walnut (RIP) was a classic—but by comparison we seemed a bit…pale. That’s far less true in the past few years. Some of the new murals we see around town are one-offs and community projects. But many, particularly in the Crossroads, are the result of SpraySeeMO, a graffiti arts fest that connects artists (some local, some visiting) with property owners willing to turn the side of their buildings into a canvas, and finds sponsors like CBD company American Shaman to bankroll the creation of the art. In both 2017 and 2018, SpraySeeMO artists contributed about 20 new murals to the Crossroads: a blue jay babe in the backyard of Papa Keno’s, a dude-dog chillout session on the side of Manny’s, a drunk Barney from The Simpsons on the concrete in the alley near Mission Taco Joint. This year’s fest, held in September, added another 40 murals, including several beyond the Crossroads, in Midtown, the East Side, even the Plaza. Here’s hoping SpraySeeMO again doubles its output next year. We see no reason why every building in this city shouldn’t have a damn mural on the side of it.