Oscar fix: How to see damn near everything before the Academy Awards 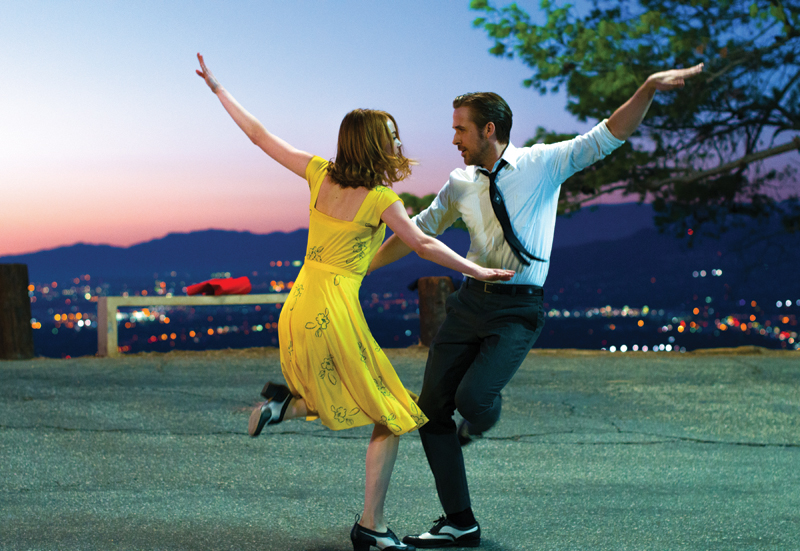 For a lot of us, the announcement of the Academy Award nominations each January triggers much frenzied catching up. Even hardcore moviegoers are liable to have missed a few nod-earning films, and the window for checking them off the list closes faster than you can say The Hurt Locker.

No, there’s not a whole lot of time between now and Sunday, February 26, when the 89th Academy Awards ceremony happens. But there are ways to smarten up fast — along with options for watching the big night in the company of similarly obsessed persons.

First things first: Once again this year, the brave and the crazy can queue up for AMC’s Best Picture Showcase. Six local AMC theaters are each showing the nine movies nominated for Best Picture on consecutive weekends, with four screened Saturday, February 18, and the other five on February 25.

AMC also does a hands-on-a-hardbody version of the marathon, kicking off at 10 a.m. Saturday, February 25, at AMC Studio 28 in Olathe. Yup, it’s all nine movies in one long shot, giving you just about nine hours to nap off your popcorn coma before the red-carpet stuff gets under way. (Expect pajamas, blankets, trivia and giveaways, plus an hourlong dinner break.) This year, Mel Gibson’s corny-as-hell Hacksaw Ridge is showing at 3:30 a.m., so my advice would be to let yourself nod off — the better to be bright-eyed and bushy-tailed for Arrival at 6:10. (Details at amctheatres.com.)

In keeping with longstanding tradition, Tivoli Cinemas is showing all three of the programs compiling this year’s Oscar-nominated short subjects. February 10-23, the theater will have showtimes for three different groups of films, featuring all of the nominees in the Animation, Live Action and Documentary categories. There’s rarely a dud in the bunch, and this is a great way to get a leg up on your Oscar pool. See the schedule at tivolikc.com. (If you miss the Tivoli showings, the Cinemark 20 in Merriam will run a shorts program February 24-26 as part of that chain’s Oscar screenings; see cinemark.com for information and passes.)

Outside of marathons that dare you to wear slippers in public, there are plenty of à la carte options for mainlining nominees.

The Red Turtle (one nom): February 24

The Lobster (one nom): streaming on Amazon and Netflix, also on DVD

O.J. Made in America (one nom): Hulu, ESPN.com, Blu-ray, digital

On the big night, there are at least two Oscar-watch parties in the Kansas City area. I’m co-hosting the fifth annual KC Oscar Party at Screenland Armour, which matches a laid-back atmosphere to a fierce ballot contest. Expect general snarkiness, a great selection of craft beers, and Oscar-themed drinking games. There’s no dress code (but some people like to get dolled up anyway), it’s free to enter, and you’ll have a shot to win movie passes and schwag. No one goes home empty-handed, but the ballot with the highest number of correct Oscar picks gets the big prize, and trivia winners throughout the night will win as well. Doors are at 6 p.m., and ballots are due by 7:30. Enter now at bit.ly/kcoscarparty2017.

For those who prefer fancy dress, the Allegro Ballroom puts on a red-carpet-ready happening in Overland Park at 7:30 p.m. Tickets run $15 or $25, and the event space will feature Oscar-themed music, food and games. More information at bit.ly/2jEOdF8.

If you like to get worked up about bad fashion and political speeches in the privacy of your own home or will be traveling Oscar night, you have options: ABC is airing red-carpet coverage at 6 p.m., followed by the awards at 7:30. Alternatively, you can log in with your cable provider (or DirecTV subscription) to watch the ABC live stream at abc.com/watch-live or select “live TV” in the ABC app.

You are now officially prepared for the movie nerd’s Super Bowl. Bone up on the nominees. Rest up for Oscar night. Then go forth and rule your ballot.