Orphans of Doom, Warm Bodies, Ivøry Black, and more of the best in local music videos 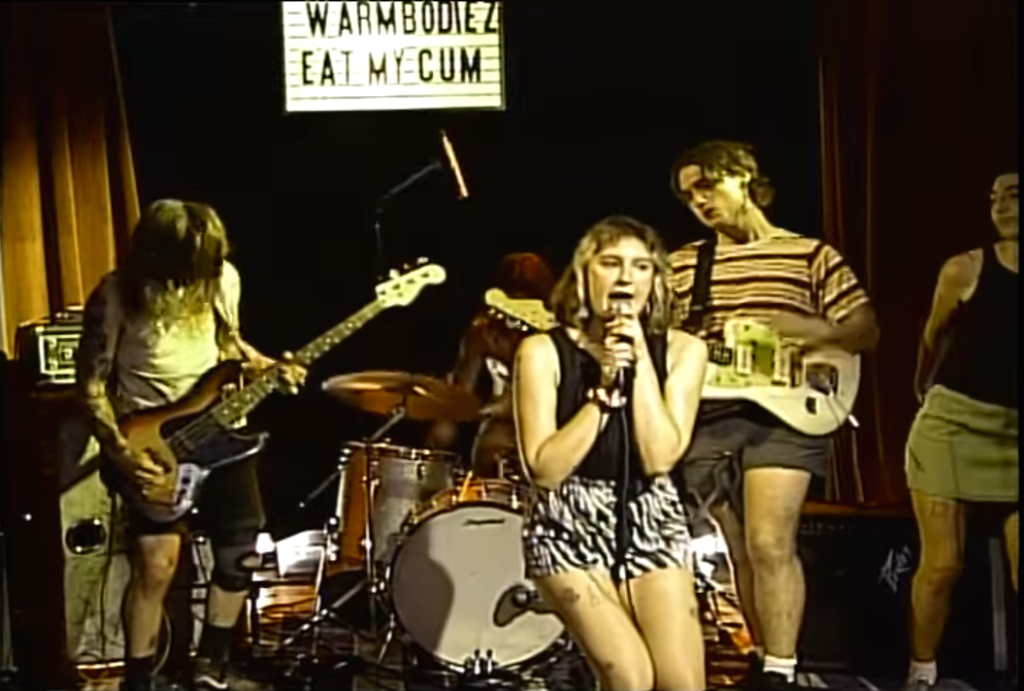 Why not ease into 2018 with a cavalcade of local music videos? By turns loud, abrasive, beautiful, funky, and weird, there is — as always — a little something for everyone in this Cine Local roundup.

The first track From the upcoming album Strange Worlds/Fierce Gods on The Company, “Harvest” is a grinding piece of stoner rock from Orphans of Doom. It’s the band playing live, directed by The Company’s own Joshua Wilkinson and the band itself, giving you a solid idea of what to expect when the band plays a dual release show with labelmates Merlin at the Riot Room on Friday, January 26. Details on that show here.

“Putting the axe in public access since 2016,” Los Angeles public access television station Highland Park TV presents live performances augmented with crazy effects. It’s the perfect situation for Kansas City quartet Warm Bodies, who get the full treatment, complete with backup singers, in this energetic live set. It kicks off with a performance of “I Need A Doctor,” from last year’s Eat Snot & Rot tour cassette.

Power pop-punk in a tiki bar? Sure. Why not? The latest cut from the trio formerly known as Bent Left has videography and editing by Brian Slater, who shot the whole thing at TikiCat, the tropical oasis in the basement of Westport’s HopCat. The track’s a tightly energetic three-minute pop song, racing along in a way that’ll readily appeal to fans of the Lillingtons, with whom Company Retreat play The Rino on Saturday, January 20. Details on that show here.

Last month, we had Solomon guesting on Lonnie Terrell’s cut. Now, the script gets flipped. It’s another VHS-effect video, but the vibe’s way more chill this time. A little AutoTune makes “Serious” more melodic than “Bitch My Name Terrell,” but it still manages to bounce just as much as the trampoline shots from director and editor Armon.

Long story here but an exciting one: Cumulus Media put together its inaugural neXt2rock contest this year and ended up getting over 1,800 entries for a grand prize of what X105.1 described as “a record deal with Big Machine/John Varvatos Records, as well as radio airplay on Cumulus radio stations nationwide.” The Kansas City winner was Ivory Black, who beat out Cimino, Captiva, Mad Libby, and Red Velvet Crush at the area finals in November.

When the finals were held at the Viper Room in Los Angeles last month, things got real. From X105.1’s Paul Chandler on Facebook, we have the story:

“The Next2Rock show was an amazing and emotional experience for all. Walking into the venue, something seemed off but no one could figure out why or how to fix it. There were multiple issues that came up during sound check and we all tried to talk over how we would overcome them. I sat there and meditated, repeating over and over in my mind: “what is the answer?” Then, a guy walked up to us and said that he really loved Ivøry Black’s work, but especially enjoyed his acoustic versions. We all agreed that that would be the new plan to save Ivøry’s set and show their true emotion and raw talent but the final decision was up to Ivøry. Their original plan was to open with a completely different song, but we all agreed it would be best for them to play their song that was a favorite among their supporters present at the Viper Room. This song was called The Start, but Ivøry changed the title that night to The Answer because it really was. Those first few chords gave the crowd goosebumps and the rest of their performance really captured Ivøry Black’s true emotion and artistic ability, which resonated with the judges and ultimately led to them winning the competition.”

That’s the sort of story from which legends are born, kids. Congrats to Ivøry.

Kendu the Stampede oversaturates the colors in this dreamlike video, shot at a carnival. Everything is bright and beautiful, which offsets the tone of the song — a far darker piece of music.

Named after a throwaway Simpsons gag, Electric Needle Room is musically akin to the Johns of They Might Be Giants writing lyrics for Pavement. The Beat brothers — Matt and Steven — might not play live all that often, as they live in different cities, but the pair and various collaborators and bandmates have released seven full-length albums, and innumerable EPs. The latest, Pitchfork Won’t Review This, has its official release party at Lawrence’s White Schoolhouse this Friday, January 12. Details on that show here.

I was in for this video the instant a Chance the Rapper poster popped onscreen during the intro. And when Yanna started to rhyme, I was hooked. Much like the video itself, “Supa Flowa” as a song is a house party in three minutes. It’s got bounce, it’s got flow, and the entirety of Chase Angels’ video is blurry and colorful, bursting at the seams with energy. A full EP is on the way soon.

Another Kendu the Stampede video, but the video production by HiiFreq really ups the game on this one. Landes’ “Blue Notes” looks cinematic in a way that few music videos manage to. Maybe it’s the Dutch angles or the flashes where it seems like film has been roughly cut together, but this feels like we’re watching something that’s part of a greater whole. The longing in the song itself pulls that sense to the forefront, as well.