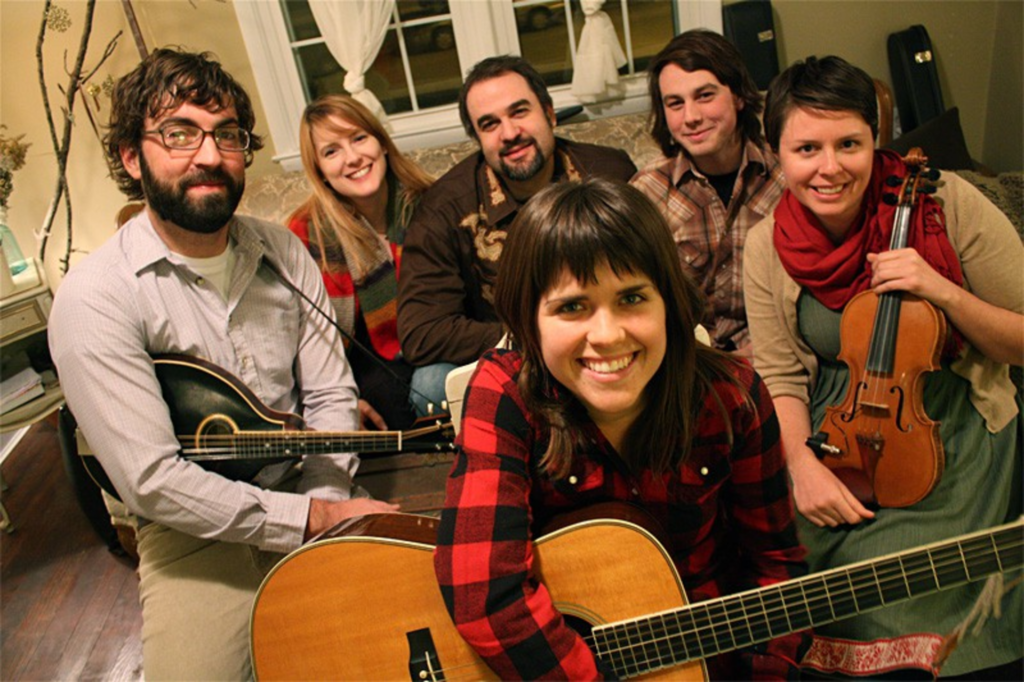 It performs Saturday at the Main Street Café: a mellow, all-ages joint with a coffee-shop atmosphere populated by hip, coming-of-age Christians. And Monday, the band plays its first show at the Riot Room, a Westport bar frequented by raucous boozehounds and bands with such names as Koktopus and Christ Hate.

Could Oriole Post be Kansas City’s most adaptable act? Possibly. Or maybe it has something to do with the fact that the group has never gone out of its way to book a show. Instead, Oriole Post relies on the invitations of friends to perform at venues ranging from art galleries to weddings to midtown dives.

“We just welcome them [the invitations] when they come, and luckily they come every month,” says drummer Bill Pollack.

Whatever the setting, Oriole Post’s music translates because it’s timeless and unassuming. Lead singer and songwriter Rachel Bonar writes in a rootsy style that reflects the influence of such groups as Nickel Creek and Crooked Still. But the group’s inclusion of drums and upright bass (the latter performed by Roger Strong) often steers songs into territory more akin to Kathleen Edwards or Alison Krauss. The malleable lineup is rounded out by Seth Jenkins on mandolin and guitar, Michaela Meckel on fiddle, and Michelle Strong on harmony vocals — plus assorted friends who show up to practice with food, drink and instrument.

On a Monday night at Bonar’s house in the Strawberry Hill neighborhood of Kansas City, Kansas, the band members act chummy as they gear up for practice and pour “Plantation Mint” tea. (“You think they would have changed the name by now,” Bonar remarks.) Most nights, they share a meal before they kick out the jams.

“We like to think of the group as a community,” Jenkins says. “We were all friends before we started playing music.”

With the recent release of its debut album, Silver City, Oriole Post is making the transition from an informal music and friendship society to an organized entity with specific goals, which include applying to play the Walnut Valley Festival and promoting a record. But the band is taking the scenic route, veering down unmarked roads that lead to such places as the Middle Creek Theatre in Louisburg, Kansas.

“I call it Branson Lite,” says Pollack, an aficionado of vintage country music. “There are senior citizens who travel the country in RVs, and this is one of the places they go.”

The group boldly took the stage for 200 Opry-lovin’ seniors, appeasing the gray-haired masses with Bill Monroe covers in addition to Oriole’s newfangled originals. At one point, the situation became tense when a pedal steel guitar emitted feedback akin to a rocket taking off.

The songs on Silver City were conceived in KCK’s old Argentine neighborhood while Bonar was living in a house near 27th Street and Metropolitan. A song titled “The Living Fields” documents her experiences while working for a Catholic Charities program in KCK called New Roots for Refugees, which helps women start farms and vend at local farmers markets.

“I really love KCK,” Bonar says. “You don’t just happen upon it if you don’t intend to. It has a lot of small neighborhoods that still have really strong identities. I had a library and a community center and a fire station right by my house. It felt like 50 years ago.”

Jenkins has equally vivid impressions of Argentine from his teen years.

“The cold mornings always smelled like taco shells,” he recalls. “I used to buy combat boots at Mickey’s Surplus back in the grunge days.”

The group began recording Silver City last March at the place where they all became friends: the Jacob’s Well church in midtown. Engineer Mike Crawford, who is also the church’s worship leader, has been quietly making some of Kansas City’s best-sounding records for local acts, such as the now-defunct Abracadabras and Jon Yeager, who has since moved to Nashville.

“I was really intimidated by the idea of recording, so it was helpful to go someplace I was comfortable,” Bonar says.

The sessions yielded a fluid and professional-sounding record that would fit comfortably into the Rounder Records catalog alongside Nanci Griffith. Silver City received a digital release via amazon.com in November, and the group is finalizing plans for a hard-copy release in January.

In the meantime, Oriole will continue to perform wherever and whenever it’s summoned by friends and fellow bands. At one recent Davey’s Uptown show, Roger Strong went above and beyond the call of duty by breaking up a fight during a set by the Gaslights. A hooligan was viciously sucker-punching a defenseless patron whom he thought spilled his beer.

“I just picked him up and moved him,” Strong says matter-of-factly. “To break up a fight, you simply relocate the aggressor.”