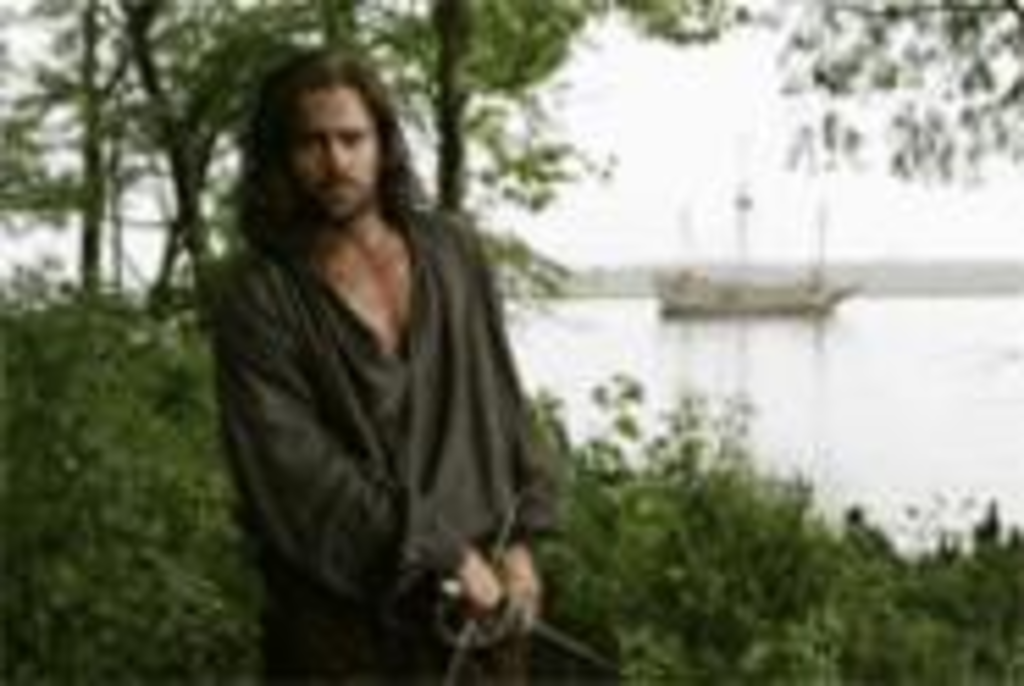 America — and, by extension, Hollywood — has an obsession with innocence and its loss. Every generation has its Moment When Everything Changed, from Pearl Harbor to JFK’s assassination to 9/11. The impact takes a while to settle in, then people forget again, and future generations are similarly traumatized. But if you really want to talk about clashes of civilizations and culture shocks, why not go back all the way to the founding of the country as we know it?

Though American Indians and white men had encountered one another prior to the Pocahontas tale that’s retold in The New World, there was still innocence to lose, and that’s the core of Terrence Malick’s movie. You probably already know the basics, as told by Disney: Young Native American princess Pocahontas (played by newcomer Q’orianka Kilcher) falls for handsome English explorer John Smith (Colin Farrell, who sounds way more Irish than English), eventually becomes “civilized” and visits the royal court in London. History isn’t clear on the specifics, mainly because principal accounts of the story were told by John Smith himself, years after the fact, and were likely exaggerated to make himself look better. Malick seems to be primarily following the Powhatan tribe’s version of events, combined with some elements of Smith’s accounts.

Facts and plot points are somewhat irrelevant to Malick, though. He makes tone poems rather than narrative films. Long takes that drift through streams and forests, voice-over monologues from multiple characters, people who show up without explanation — these are his stock in trade. But unlike his nigh-incoherent The Thin Red Line, this movie isn’t choppy or scattershot. For one thing, there are only three main characters, one of whom — Christian Bale’s John Rolfe — doesn’t even enter the story until the third act.

All this may sound daunting, and it is, a little. The New World feels every bit of its two hours and 15 minutes (already shortened about 15 minutes from its original cut). It doesn’t feel like time wasted, though. Everything is a visual feast, comparable in spectacle and wonder to any of the CGI fests we’ve seen in the past year. (It’s all the more impressive considering that most of the film was shot using natural light.)

At the heart of it all is an entrancing lead performance by the teenage Kilcher, whose only previous movie role was as an extra in Dr. Seuss’ How the Grinch Stole Christmas. Playing the young girl known as Pocahontas (a name never spoken aloud here) and the anglicized woman christened Rebecca, whom she eventually becomes, Kilcher embodies both free spirit and repressed soul. When she meets her inevitable fate, it feels like King Kong in reverse, with hairy man-beast Smith unintentionally luring beauty from the savage jungle toward a world in which she can no longer be herself.

Whether Pocahontas and John Smith were actually romantic is still a matter of some debate, though it has become the stuff of folklore. She was around 12 when they first met, though in 1607 her youth would not have been a barrier. It may be a problem for some viewers, however, knowing Kilcher is in her midteens and Farrell about twice that. There’s no sex, but everything short of it is implied. Still, the overall feeling one gets is not one of leering in the vein of those people who obnoxiously lust after Emma Watson in the Harry Potter movies. With Kilcher’s Pocahontas, the attraction is as much of the spirit as it is of her beauty, which is important because her looks do not fade when strapped into a corset, though the inner light certainly does.

Oh, and let us all rejoice that we can watch this tale told without that fucking “Colors of the Wind” song. Someone needed to take the story back from Disney, and we couldn’t have asked for more than Malick.