The campaign behind Amendment 3 is also benefiting from a coalition of supporters, most recently adding organized labor unions. 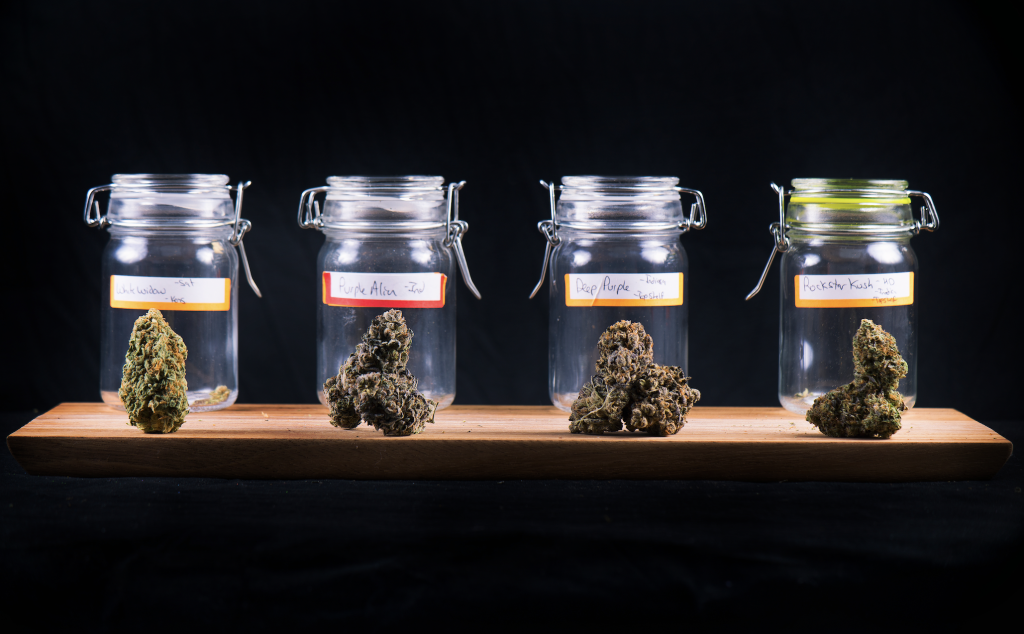 The Missouri Baptist Convention and Pro-Choice Missouri don’t often find themselves on the same team.

Same for the Missouri NAACP and Missouri Association of Prosecuting Attorneys.

But this year, each is part of an ideologically scattershot constellation of organizations and elected officials that have come out of the woodwork in recent weeks to urge Missourians to reject a marijuana legalization proposal appearing on the Nov. 8 ballot as Amendment 3.

After facing little public resistance for months, Amendment 3 is suddenly under assault seemingly from all sides, leaving it fending off fierce — and at times contradictory — criticism.

The Missouri Catholic Conference, Missouri Sheriff’s United, the Missouri Hospital Association and the Missouri Farm Bureau have each announced opposition to the proposal this month.

The latest to join the fray is Secretary of State Jay Ashcroft, a Republican who told KDSK-TV this week that the 39-page amendment is “way too much to put into the constitution.”

He also hinted at allegations of corruption that have dogged the marijuana industry in Missouri almost from the moment voters created the medical cannabis program in 2018.

“It’s my understanding that there are at least serious allegations that the people behind this amendment wrote this amendment as a way to enrich themselves,” he said.

Proponents of Amendment 3 have long dismissed accusations of wrongdoing in the medical marijuana industry, and argue much of the criticism of the proposal’s key planks is being done in bad faith. They remain confident heading toward Election Day.

“Missouri voters are overwhelmingly in favor of legalizing marijuana and that is why it’s on the ballot this fall,” John Payne, campaign manager of Legal Missouri 2022, said in a statement last week announcing the launch of a digital ad campaign. “We are excited to show Missourians all the ways this could move our state forward in safety, fairness and a way to help our veterans that has never been there before.”

Amendment 3 asks voters whether to amend the Missouri Constitution to remove bans on marijuana sales, consumption and manufacturing for adults over 21 years old, with some caveats.

The amendment includes automatic expungement for certain people who have nonviolent marijuana-related offenses on their record. People who are still incarcerated would have to petition the courts to be released and have their records expunged.

It would create a regulated market where, just like for medical marijuana, the state would have the authority to cap the number of licenses it issues to grow and sell cannabis. Those with a current medical marijuana business license would be first in line to get recreational licenses.

In the current medical marijuana program, the state has issued around 200 dispensary and 65 cultivation licenses.

The amendment would also create a “micro-licensing” program that would be granted through a lottery process. Applicants must be a resident from a ZIP code with high marijuana incarceration rates or meet other such requirements.

Critiques of Amendment 3 are all over the map. And at times, they seem to conflict with each other.

The Missouri Democratic Party, for example, refused to endorse the proposal in part because it “may negatively impact minorities, people of color and low-income earning Missourians.” Meanwhile, conservative groups are stoking concerns about Amendment 3 by falsely claiming it is an attempt to insert critical race theory into the constitution by creating a position of “chief equity officer.”

But Ashcroft’s concern about allegations of misconduct in the marijuana industry is a common thread that runs through much of the opposition.

Critics argue license caps implemented by the state have benefited connected insiders in the medical marijuana industry who now stand to reap most of the financial rewards if Missourians vote to legalize recreational use.

The Missouri House launched an investigation into the licensing process in early 2020, fueled by widespread reports of irregularities in how license applications were scored and allegations that conflicts of interest within the state health department and a private company hired to score applications may have tainted the process.

Denied applicants filed hundreds of appeals, and rumblings of FBI scrutiny of the industry have been persistent.

“The process of providing medical marijuana in Missouri has been fraught with controversy regarding the awarding of licenses for manufacturing facilities and dispensaries,” the Missouri Baptist Convention said in a resolution it adopted opposing Amendment 3.

State regulators and industry leaders have long denied any wrongdoing.

For its part, the campaign in support of Amendment 3 has a coalition of its own, including the Missouri ACLU, the Missouri Association of Criminal Defense Lawyers and the Missouri chapter of the National Organization for the Reform of Marijuana Laws.

Organized labor is also lining up behind Amendment 3, most recently the Missouri AFL-CIO and the Service Workers International Union.

“Amendment 3 represents justice for the thousands of workers who will have a clearer path to quality employment once their nonviolent marijuana convictions are expunged,” said Rhiannon Duryea, executive director of SEIU Missouri/Kansas State Council.

And unlike its opponents, the proponents of Amendment 3 have a robust campaign war chest, filled largely by businesses involved in the medical marijuana industry.

This month, the industry has chipped in $1.6 million to bankroll Legal Missouri 2022 in the campaign’s homestretch.

Save Our State, a political action committee formed last month to oppose Amendment 3, has not reported any contributions since it launched.