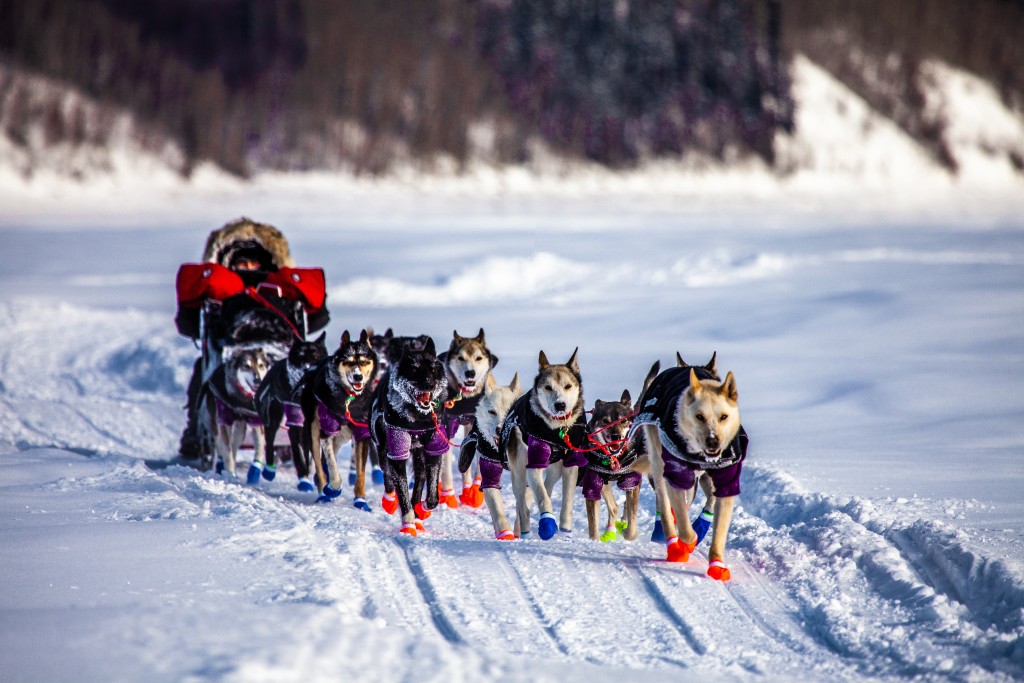 We’ve been asking members of the KC community to submit stories about life under quarantine, protests, politics, and other subjects that provide important opinions. If you’ve got a story you’d like to share, please send it to brock@thepitchkc.com for consideration. Today, Ben Embry is sharing his thoughts on Steve Watkins’ future in our politics.

Oh, the irony. Conservative carpetbagger GOP Rep. Steve Watkins of Kansas was charged with three felonies and one misdemeanor this month related to Watkins’s questionable voter registration where he identified his home address as a Topeka UPS store. Naturally, Watkins denies the charges, claiming the incident was all an innocent mistake that he immediately rectified, and that the charges are part of a “hyper-political” conspiracy to “persecute” him.

Shawnee County District Attorney Mike Kagay disagreed with Watkins’s oops-I’m-sorry assessment of the situation, charging Watkins with criminal interference with law enforcement; providing false information; voting without being qualified; unlawful advance voting; and a misdemeanor charge of failing to notify the DMV of change of address.

Unfortunately, news of the charges came at a tactically bad time for Kagay: just moments before Watkins, who is running for reelection in Kansas’s second congressional district, appeared in a primary debate, providing Watkins a golden opportunity to frame the charges as an attempted political assassination. Which is precisely what he and his campaign did. Asked about the charges, Watkins said they were “very suspicious.”

“This is clearly hyper-political. It comes out moments before our first debate and three weeks before the [primary] election. I haven’t done anything wrong,” Watkins told reporters. “I simply know that I look forward to clearing my name. I’ve done nothing wrong and look forward to setting the record straight.”

Bryan Pilgra, a spokesman for Watkins’s reelection campaign called the charges “bogus” and compared Watkins to President Trump. “Just like President Trump, Steve is being politically persecuted by his opponents who can’t accept the results of the last election.”

But the district attorney denied any political shenanigans were afoot, claiming the investigation into Watkins’s actions by the Shawnee County sheriff’s department, which he requested after news of the alleged conduct was reported in December 2019, was “delayed significantly due to the COVID-19 shutdown.”

Not surprisingly, Watkins and his campaign claim that the prosecutor has ties to Watkins’s chief GOP primary opponent instead of addressing the substantive claims in the indictment. But this is not the first time Watkins’s fidelity to facts has been called into question. Before Watkins was elected to Kansas’s 2nd District with 26 percent of the vote, he faced scrutiny over some of his alleged biographical details that bore little, if any, relationship to what some antiquarian observers quaintly refer to as “the truth” or “reality.”

During his run for the 2nd district congressional seat, Watkins’s campaign website told outlandish tales about his “heroic leadership” when a deadly earthquake shook Mount Everest during an expedition—including claims that he helped stranded climbers during the 2015 disaster. While Watkins was on Mt. Everest at the time of the earthquake, though, he and his fellow climbers were nowhere near the chaos. When called out on this, the West Point graduate removed the claims from his website.

The former Airborne Ranger also describes himself as a military leader and devoted “6th generation Kansan,” even though public records show that Watkins returned to Kansas in 2017, owned two homes in Alaska and applied to the Alaska Permanent Fund Dividend Program more than 10 times between 2002 and 2015, which offers payments to Alaskan residents who intend to live in the state indefinitely. Although Watkins grew up in the state, he reportedly left after high school and didn’t return until deciding to run for congress.

At one time, before being questioned about it, Watkins also touted his experience competing in Alaska’s world-famous Iditarod in 2015 and again in 2018, after announcing his bid for congress. But four-time winner Jeff King called Watkins’s entry into the 2018 Iditarod a political stunt and described Watkins’s portrayal of himself as an adventurer a “gigantic fallacy.” King and several others told reporters that Watkins was forced to quit after 11 days, spent most of his time on the phone talking about speaking engagements, and then left his dogs in the care of people who were already overwhelmed with other dogs.

Watkins also lied to voters about his employment history, claiming on his campaign website that he started a company and built it from scratch when he was in the Middle East. On Twitter, Watkins wrote that he “grew that outfit from three people to 450 people. There were times when I did not take pay to make sure my employees could make ends meet.” But, as the Kansas City Star reported, the company, VIAP Inc.—a wholly owned subsidiary of Versar, Inc., a global project management firm based in Washington D.C.—existed years before Watkins was hired on as a consultant and Versar’s chief executive officer at the time gives credit for building VIAP to another person. Other executives at the firm didn’t even remember him.

When asked to clear up the inconsistencies, Watkins grudgingly admitted that he “didn’t own it, no…when I say I helped start and grow, it was operational.” But, soon thereafter, Watkins was again brazenly lying to constituents on the campaign trail, telling voters at a candidate forum that he’d “helped start and grow an engineering security firm to 470 people.” And, yet again, his campaign stuck by Watkins’s argument that what he really meant to say was that he helped the company start operationally even though, you know, it started years before he joined it. Got it? Got it.

Despite Watkins’s shady background and lack of respect for his constituents, he edged out Democrat Paul Davis by less than a percentage point in 2018. Much of his victory relied on his father, a Topeka physician, pouring in nearly $762,000 into a political action committee whose only beneficiary was his son.

Since assuming office, Watkins has been beset by similar scandals that threatened to destroy his campaign. In the fall of 2019, rumors circulated throughout the Beltway that Watkins was being pressured by the GOP to resign from office. Then, shortly before the midterm elections, the Topeka Capital-Journal reported that an Alaska woman accused Watkins of making unwanted sexual advances more than a decade ago. The newspaper also reported that acquaintances of Watkins accused him of cheating on his wife while claiming to be in an open marriage at parties.

Last March, Politico reported that the Federal Election Commission is investigating potentially “straw man donations” to Watkins’s 2018 campaign that were paid for by his father. In an interview, Watkins’s father confirmed that the FEC was investigating him for giving thousands of dollars to other individuals, which they then donated to Watkins’s campaign. These types of donations violate campaign finance laws. While Watkins’s father claims it was a big mistake and that he didn’t know that he was violating campaign finance laws, the FEC has not yet made a determination in the case.

In addition to Watkins’s legal woes, Watkins is also facing a complaint filed by Americans for Public Trust, an independent, nonpartisan public ethics watchdog organization, with the Office of Congressional Ethics. The complaint calls for an investigation into Watkins’s alleged voter fraud and perjury–both related to the felony charges filed against Watkins this month.

After being charged with felony voter fraud and perjury, Watkins voluntarily resigned from his House committee assignments last week after initially refusing to do so even though the law requires it. After Watkins resigned from his committee seats, Watkins lashed out at Kagay and his GOP rival, State Treasurer Jake LaTurner, saying in a statement that he looks forward “to exposing the corruption and collusion behind this blatant political prosecution and holding those responsible accountable.”

So, who is accountable for Watkins’ legal troubles? According to a 30-page response released last week by Kagay, Watkins exhibited those leadership qualities we have all come to know and love from our dearly elected leaders: he blamed his staff for the errors on his voter registration. Watkins’s attorneys are also trying to have Kagay disqualified as the prosecuting attorney in the criminal case because Kagay, who is also running for reelection, uses the same direct mail provider as LaTurner. At the risk of sounding skeptical, using the same direct mail provider does not a conspiracy make. At least in the world of rational thinkers.

By any measure, Watkins’s disturbing pattern of behavior and worrisome disregard for the truth reveals a lack of respect not only for his constituents but also for the institution he serves. And haven’t we had enough sophistry from people like Watkins? Aren’t we all exhausted by the cheap theater of today’s politics? Shouldn’t we require just a little more honesty and accountability from our public officials?

Watkins is the Kansas equivalent of President Trump who can’t seem to be honest about very simple things like his employment history or his role in the devastating earthquake that shook Nepal. Without some modest allegiance to truth, Watkins is nothing more than a snake-oil salesman looking to feed his ego at the trough of our broken political system that rewards hypocrisy and greed. And every time we elect someone to office like Watkins—who repeatedly lied during his campaign and got caught but was elected anyway—we are telegraphing to our families, communities, and the world that we don’t respect the fundamental values that we should demand of our public officials. So, when Watkins gets caught yet again in another laughably ridiculous scandal, we can’t castigate him or shun his feckless attempt to shift the blame to his poor staffers.

No, we can’t. For we only have ourselves to blame. Until we demand that our public officials uphold the law and act in a way that ensures and maintains confidence in our public institutions, we reap what we sow.

Let’s just hope this election cycle proves different and we all show up to vote.