Opinion: Arrowhead opening up to fans could be a colossal mistake for the sport, community 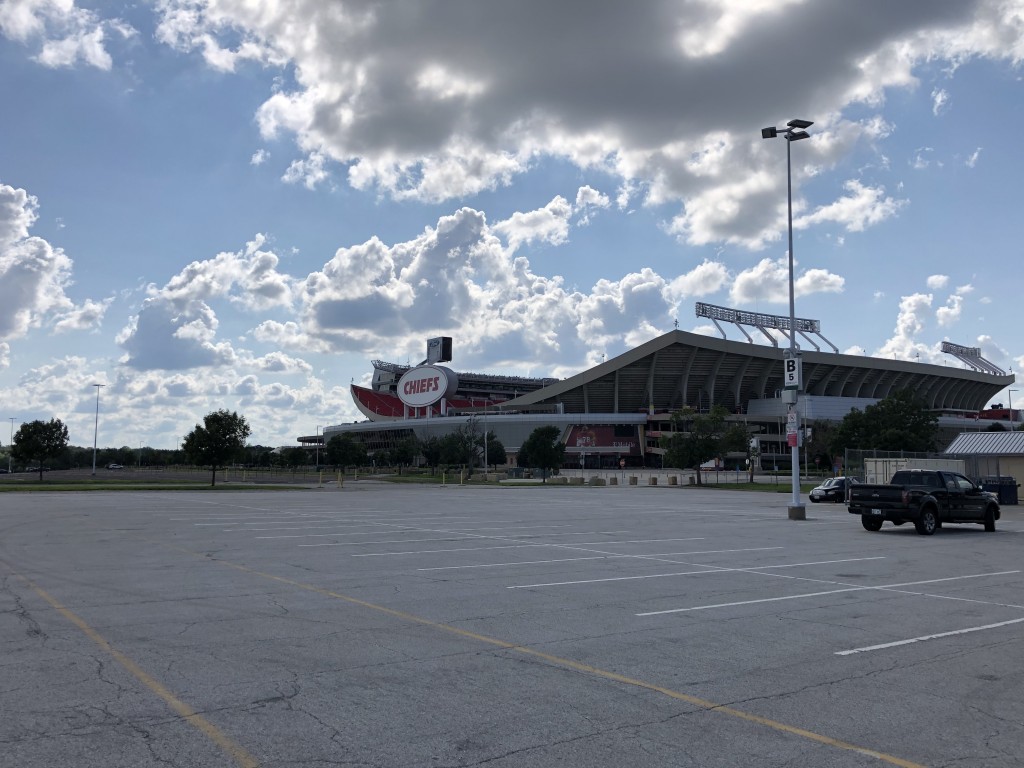 The Kingdom hosts no loyal subjects at the moment, but the plan is to allow fans for the first three home games of 2020’s season // Photo by Joseph Hernandez

The Kansas City Chiefs announced Monday that under guidelines established by the NFL and with approval from the likes of Mayor Quinton Lucas, City of Kansas City Health Director Dr. Rex Archer, and City of Kansas City EMS Medical Director Dr. Erica Carney, fans will be allowed into Arrowhead Stadium. The announcement comes a little less than a month away from the season opener against the Houston Texans on Sept. 10.

There will be a limited amount of fans allowed in the house that Brodie Croyle and Tyler Thigpen built, as 22% of the stadium’s capacity is the set amount. That’s around 16,000 fans, or 16,811.52 according to an iPhone calculator. As the season progresses, the team will follow guidelines set by public health experts and local officials that will determine how many fans will be in the crowd per game.

Masks will be required for fans at all times while inside the stadium, except for actively eating and drinking. The Chiefs will provide a commemorative mask to all fans that attend the first three games. Cash, bags, smoking, and spitting are some of the items and actions on the banned list.

On the list of approved Arrowhead activities is tailgating. Guests should only use the space behind their vehicle to party to maintain social distancing between groups. The team is asking fans to mask up when in the parking lot. Fans will only be able to tailgate with others who share the same ticket pod, another measure the organization is taking to keep people safe.

Other teams in the NFL announced that they aren’t letting fans into the stands for game day. Officials with Gillette Stadium, where the New England Patriots play, announced that their home opener against Miami and their Week 3 matchup against the Oakland Raiders will be empty. The announcement came hours after Massachusetts Gov. Charlie Baker indicated that his administration would not consider the Patriots’ request to allow 20 percent capacity.

The Chicago Bears also put out a statement saying that they wouldn’t be letting fans into Soldier Field to start the season. It states that the health and safety of the city and its fans will always take priority and that the team and city will continue to monitor the environment, which if everything goes right, may lead to fans returning.

The Kansas City Star reached out to Lucas, Archer, and Chiefs President Mark Donovan for comments after the announcement. Lucas said there’s less of a risk in a big arena, but that he doesn’t know if he’ll attend a game. Archer said it’s worth a try. Donovan said they believe they can do this in a safe, but only if the fans are disciplined and follow the rules.

We all want football back and we all want to be there when it comes back. Who doesn’t want to see the best team on the planet score a billion points each game? But this isn’t the right thing to do. We don’t deserve to see live sports in person with our own eyes until we figure out how to combat the virus.

That’s another problem; we have the solution. Washing your hands, wearing a mask, and keeping a safe distance away from people in public works. Smarter countries did this and are free to do what they please. Citizens here aren’t willing to follow what works until it affects them.

Five months into this new world and we still see viral videos of old assholes throwing a tantrum because a mask a required in stores. There are still anti-mask protests and denial of the facts of this virus for the sake of freedom. Every weekend there’s a crowded bar, where there’s always that one person who says the COVID-19 test is a way for the government to implant chips into our brains to control us.

Look at schools that are starting. Some that were previously open are moving to online-only after just one confirmed case of COVID-19. The University of North Carolina did the same not even a week into the semester, which we all saw coming. The University of Missouri may not even have in-person classes with confirmed cases within Alpha Epsilon Pi and Phi Gamma Delta’s fraternity houses.

It’s easy to put the blame on the kids and say that they know better, but why should they follow the rules if those in power refuse to do the same? Leaders need to lead and that’s the one thing they aren’t doing. Instead, we continue to hear “we’ll evaluate as we go” or “They’re kids they’ll shake it off.” They were put into a position to fail. What should’ve been a wide-open corner three ended up air-balling. 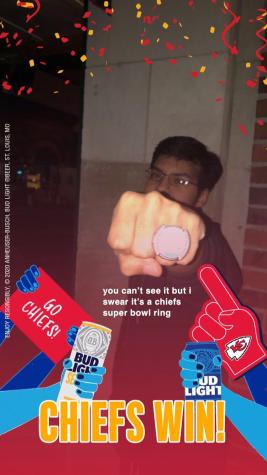 The last time I felt something // Courtesy of Sheridan Powell.

I’d like nothing more than anything than to go to a Chiefs game. The last one I went to I saw Philip Rivers come back down 14, including a walk-off 2-point conversion as I sat next to one of my good friends, who is a Chargers fan. There’s no better feeling walking up the spiral to the nosebleeds, walking through the tunnel, and seeing that first sight of the Loudest Stadium in the World.

As The Pitch’s unofficial No.1 undisputed Chiefs fan [Editor’s Note: Needs citation], I need football back. I want to eat or have a roof over my head, but I need to see Patrick Mahomes play. I want to exercise to get into shape, but I need to hear “TOUCHDOWN, KANSAS CITY” from Mitch Holthus.

My last moments of happiness occurred when the Chiefs won the Super Bowl. Memories of the game are a blur, but I remember screaming on the phone to my family for two hours when the game ended. I recall walking around downtown Columbia, taking in the sights and sounds. The cheers of other drunk Chiefs fans late into the night was music to my ears. That’s a whole six months without knowing what it’s like to feel joy and bringing fans back now just seems like another way to extend that pain.

Yes, fans are encouraged to stay home if they don’t feel safe, if they’re feeling symptoms of COVID-19, or if they’ve been around someone who’s showing symptoms or recently tested positive. If there’s one thing we’ve learned from the pandemic, it’s that people don’t listen.

The NBA, WNBA, and NHL should be more than enough proof that doing what the CDC recommends works. They’ve run thousands and thousands of tests since moving into bubbles in Florida, Edmonton, and Toronto. In the past week, each league has reported ZERO positive tests. It might not be fair to compare regular people to billion-dollar organizations, but following the guidelines is successful. It should inspire us to do the same.

As of this writing, Kansas City has 7,719 confirmed cases with 87 deaths. The city’s had a growth in cases each day since lifting the restrictions. The country has over 5 million confirmed cases with over 169,000 lives lost. Bless Lucas, Archer, Carney, and the rest of the committee’s hearts for this decision, but we’re not ready to be in the building for live sports.

Women's professional soccer is headed back to Kansas City in 2021