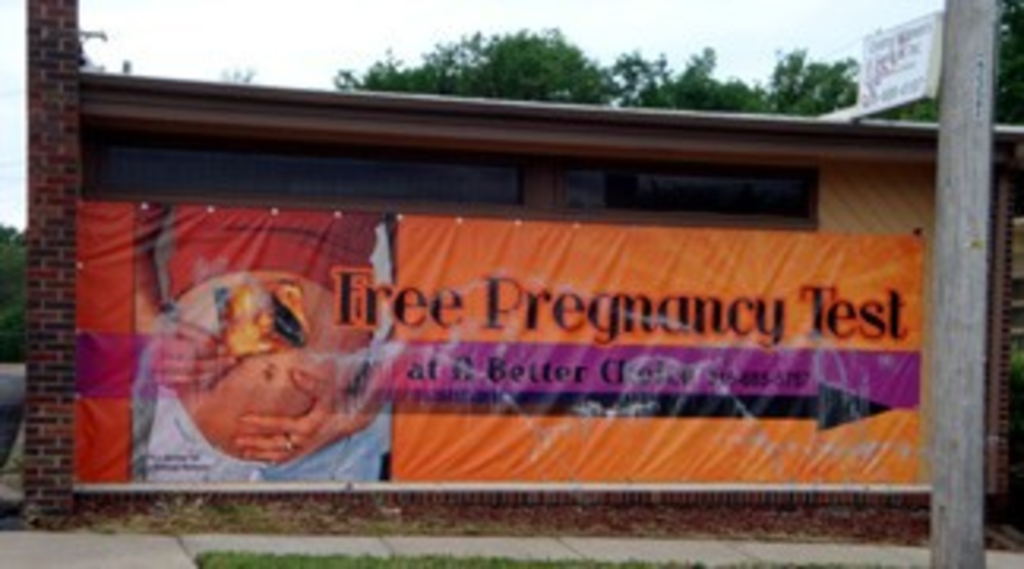 A Kansas anti-abortion organization is claiming that pro-choice advocates are being a bunch of sore losers in the wake of Gov. Sam Brownback‘s signing of a bill placing restrictions on abortion providers. Wichita-based Operation Rescue reports on its website that vandals defaced a banner on the group’s headquarters.

The billboard advertises services and free pregnancy tests provided by A Better Choice, a clinic next to Operation Rescue’s building. Although the timing is right for it to be a jab from pro-choice folks,

the vandalism doesn’t look to be particularly political in

nature. Could it just have been bored Wichita teenagers? Operation Rescue clearly doesn’t think so.