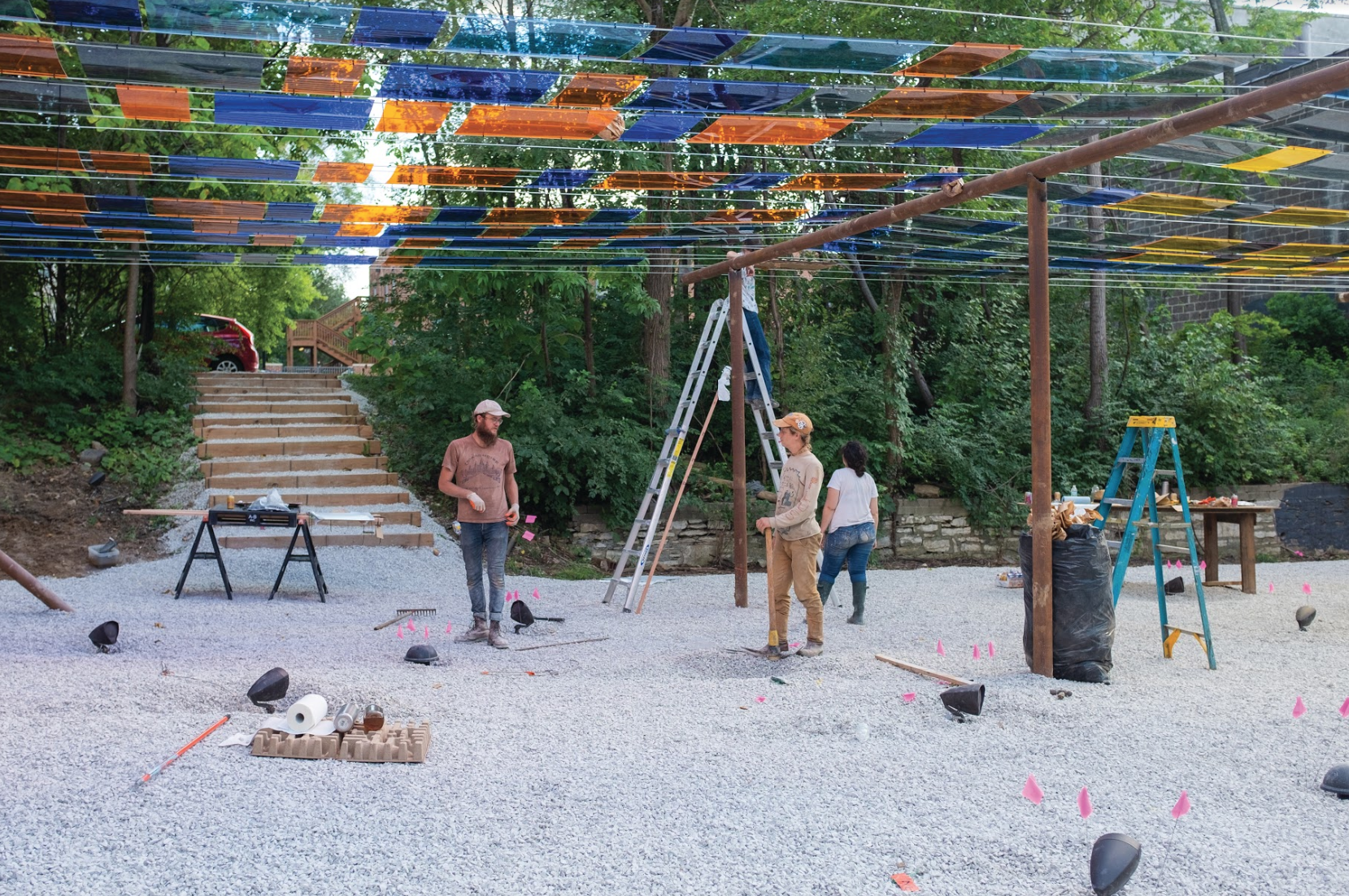 Nine months after the closing of Open Spaces last October, KC Creates — the non-profit that produced the two-month-long citywide arts festival — is still on the hook for approximately $480,000 owed to various vendors that participated in the event.

The city of KCMO has contributed nearly $1 million to the festival; earlier this year, it injected $375,000 to help make up for the losses from the event. And so, in mid July, KC Creates executive director, Cheryl Kimmi, and the city’s director of creative services, Megan Crigger, were called before the city’s Finance and Governance Committee .

“Bottom line is, revenue projections did not hit their mark and expenditures were higher than projected,” Kimmi told the committee. “So we have a shortfall that we’ve been working on.”

Mayor Pro Tem Scott Wagner questioned how the festival became so costly in the first place, noting that it was originally intended to be a three-day festival and grew to two months of arts and culture exhibits and events stretched across the entire city.

Kimmi told Wagner that a lot of last-minute bills came in that she was unaware of, and pointed toward the expenses of “The Weekend” at Starlight Theatre, which featured major artists such as Janelle Monáe and The Roots.

To come up with the money still owed to vendors, Kimmi said that KC Creates is selling assets (like projectors and other equipment) and art from the event to make up the difference — a process that has gone slower than she hoped it would. She noted that if all the art sells, it could return up to $260,000 of lost revenue. But Kimmi projected the actual amount will be closer to $150,000 to $175,000.

The council members on the committee seemed to doubt that KC Creates will be able to make up for the lost revenue and questioned if the city will have to pour in further funding.

Kimmi ensured the committee that KC Creates will pay down the entire deficit and that the city will not be asked for any more funds. But Councilman Lee Barnes, Jr. (5th District At-Large) voiced his uncertainty about Kimmi’s claim.

“It is my suspicion that it is not on the city now,” Barnes says, “but that at some point, we may be asked.”

Wagner (1st District At-Large) voiced his concern about the volume of phone calls he has received from those still owed payment for their contributions to Open Spaces.

“I can’t speak for the others here, but we have certainly received phone calls from those who have not been paid,” Wagner said. “I guess my concern in all of this is the individuals, performers, or artists who may not have the ability to float those things.”

Kimmi explained that as revenue comes in, KC Creates is strategically paying off small entities and individuals that don’t have the capacity to carry long-term debt first. It was also noted that all of the commissioned artists who participated in Open Spaces have been paid, but that KC Creates is still on the hook for payments owed to suppliers and fabricators.

“We’re talking to vendors daily, keeping them apprised of what the situation is because this is not a situation that any of us desire or foresaw,” Kimmi said.

Despite the money loss, Kimmi and Crigger voiced that they felt like Open Spaces was a success. Crigger showed video testimony of various Open Spaces participants praising the event and highlighted the top exhibits that resulted from the festival.

“Open Spaces was ambitious — it was unprecedented,” says Crigger. “It was the first of its kind in many ways, and it was uniquely Kansas City … The exhibition provided support for artists to take risks, expand their practice, and pursue their work in the context of the city as the canvas.”

Kimmi shared feedback from Pete Brown — the president of Kissick Construction Company, which is owed the largest debt from Open Spaces — who said he understands the financial setback and would be all-in for the next generation of the festival. Kimmi noted that KC Creates has to close out the expenditures from last fall’s Open Spaces before it can move forward with another cycle of the festival.

“I hope you do see a next generation,” Kimmi said. “And I would love to be a part of that, I think, taking the lessons learned and scaling down a bit so it’s more manageable.”