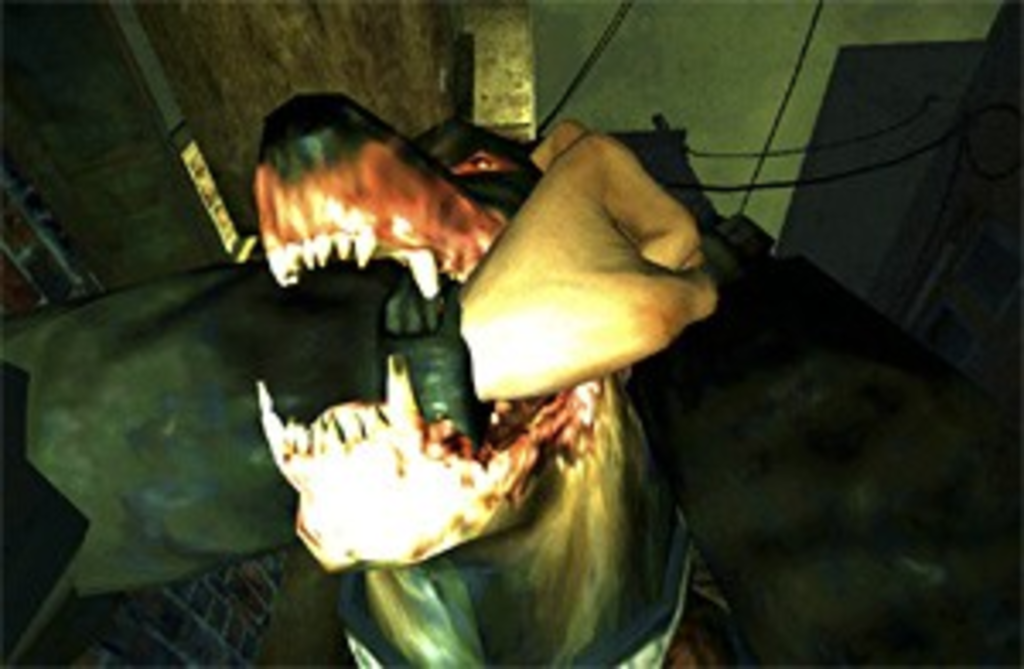 Developers seem to believe that their first-person games are required to include online modes. Blame it on the few narrow-minded gamers (and critics) who constantly hammer away with that boneheaded message.

At best, it’s a strange logic of inheritance: Since the earliest first-person shooters were playable online, every first-person game to come — shooter or not — is somehow slavishly required to be as well. So token online features get shoehorned into games that don’t really need them.

Sometimes these features are inoffensive enough — just a little vestigial organ, there to remind players of the game’s ancestry. But other times they are sheer exercises in bullshit that game and gamer alike would have been better off without.

That’s the problem with Condemned 2: Bloodshot.

The original Condemned was an underappreciated Xbox 360 launch title. As investigator Ethan Thomas, you hunted a bizarre serial killer who preyed upon fellow sociopaths, making most of the game an unsettling crawl through the worst parts of town in search of the most dangerous people on earth.

It was unique and often genuinely scary. If Condemned didn’t make you jump once or twice, it was probably because you had already collapsed from a heart attack. Its world was oppressively dark and ominous, its surround sound spine-tingling. Yet critics and players, enchanted by games like Call of Duty 2, lamented the lack of an online option, ignoring the fact that what made Condemned work — paranoia, tension, and long periods of quiet shattered by unexpected, brutal close encounters — doesn’t really translate well to an online space against other players.

Naturally, Condemned 2 makes a go of it anyway, and the results are predictable — which is to say, terrible. Since the game emphasizes hand-to-hand combat over gunplay, online matches amount to little more than crazed brawls resembling a bunch of drunken bums slugging it out over a refrigerator box. No scares, no tension, and certainly no lying in wait — just a jumble of haymakers and swinging sledgehammers. It would be funny, if it weren’t so migraine-inducingly retarded.

The real crime, though, is that Sega seems to have lost its way with single-player mode as well. Whereas the first episode’s story slipped into supernatural hooey only in the latter stages, Condemned 2 goes there in the very first level, replacing the tangibly scary meth addicts and mass murderers with silly tar monsters and murderous dolls.

And while Condemned 2 expands on the original’s forensic investigation aspects, it does so in a goofy, sometimes trying way that mixes CSI-style absurdity (e.g., a lab investigator who can determine blood type by looking at a photo of the blood) with pop quizzes to see whether you’ve been paying attention to the Byzantine plot.

Condemned 2’s horrendous online modes don’t factor into the score given here; it’s arrived at strictly on the merit — good and bad — of the single-player experience. Just the same, developers are hereby granted permission both to reallocate resources earmarked for unwarranted online modes to making their game’s solo experience that much more worthwhile — and to blow off those who tell them otherwise.