One of Russia’s biggest bands, Mumiy Troll looks to make comrades in the U.S.A. 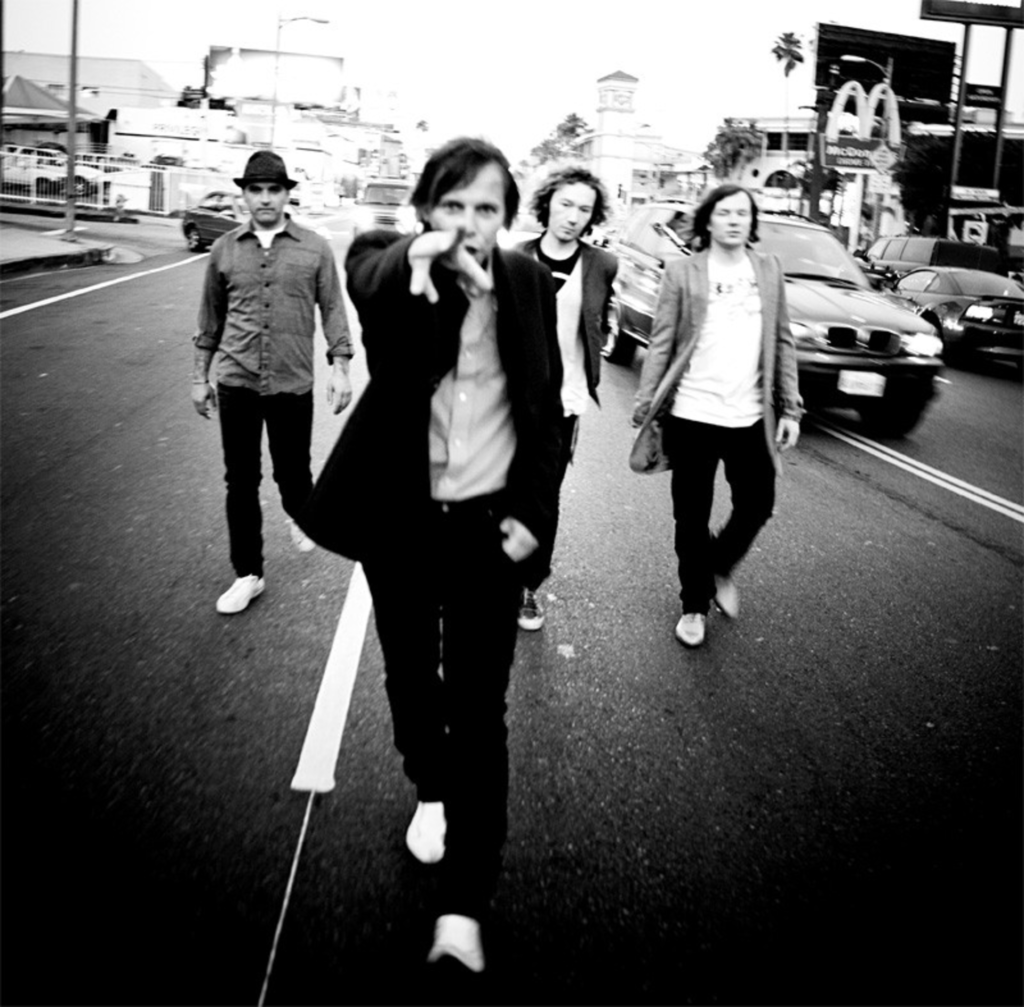 Vladivostok, a city of a half-million people in far-eastern Russia on the Sea of Japan, is an isolated place for a kid to grow up. A 10-hour flight from Moscow, the city is the eastern terminus of the Trans-Siberian railroad. It was once the Soviet Union’s biggest naval port.

But for the members of Mumiy Troll, it’s home sweet home.

“It’s like the rest of the world was [another] galaxy. We had nice beach and nice sea, but we were far from everything,” says singer and frontman Ilya Lagutenko in his charming, article-omitting English. “We had lots of sailors who would bring blue jeans into town.”

The son of a famed architect and a clothing designer — “We didn’t really have fashion industry,” he notes with a laugh — Lagutenko was introduced to Western rock music through visiting sailors.

Local TV and radio played little more than officially sanctioned patriotic singers, so it was through illegally trafficked LPs that the 40-year-old first heard groups such as Motorhead and AC/DC, Blondie and Duran Duran.

“You could be jailed for smuggling them into Russia and then reselling them on the black market,” he notes. Still, these sounds went on to influence the music of Mumiy Troll, which long ago conquered its homeland but is currently in the midst of its first full American tour.

Purchasing clandestine music may have been his first act of rock-and-roll rebellion, but upon forming his band in the early 1980s, Lagutenko and his mates — Oleg Pungin, Yuri Tsaler and Eugene “Sdwig” Zvidionny — began drawing direct attention from authorities.

The group, though still considered a hobby by its members, drew negative write-ups in local newspapers and political sheets and was reportedly described as “one of the most socially dangerous bands in the world” by a local Communist Party hack.

“They started to blame us for doing something wrong ideologically,” Lagutenko says.

He believes that one source of the angst was the band’s name, which is a play on Moomintrolls, the central characters in a series of kids’ books written by Finnish author Tove Jansson. “You were expected to have simple name or something [about] the history of the Soviet Union,” he goes on. “‘Blue Guitars’ was OK or ‘Singing Hearts,’ but ‘Mumiy Troll,’ no.”

It’s all a bit strange, considering that the group’s songs were never particularly anti-government. Walking a line among power-chord rock, folk and pop and at times recalling Depeche Mode and U2, the band’s music focuses on universal themes such as life and love.

“To me, it’s about honesty and emotional feelings and energy,” Lagutenko says. “It’s not about playing the right notes; it’s just about reflecting your emotions in a way that other people would appreciate.”

The group was derailed for a time while Lagutenko served in the Soviet army, after which he studied Chinese and economics. But after the USSR’s disintegration and Mumiy Troll’s re-formation in the late ’90s, the band went on to release a series of albums and film soundtracks to great commercial success and critical acclaim at home. First earning play on MTV Russia for “Vladivostok 2000,” Mumiy Troll led the rock charge in a country that had gone crazy for the genre.

Nowadays, the band is considered one of the country’s most popular acts, and Lagutenko splits his time between Moscow and Los Angeles, where Mumiy Troll recorded its last three albums. Earlier this year, the group released its latest Russian-language work, Comrade Ambassador, via American distributive channels. Mumiy plans to release an English album before long; in the meantime, the band hopes to win over a new audience with its U.S. shows.

“As touring musicians, we can see technical differences” between the American and Russian venues, Lagutenko says. “Here in U.S., you have big history of concert tours, and it is a part of a business. At home, usually all of that is amateurish. We don’t have many people involved in so-called ‘concert industry.’

“Back home, they used to say to us, ‘Come tomorrow to that place,’ and we fly and go do it,” he adds. “In America, we have to plan almost a year in advance. [Sometimes] you’d like to go to the battle right now, but they tell you, ‘Just wait until we put together the proper schedule.'”

Lagutenko gets a bit homesick from time to time. He’d like to hang out on his boat, for starters. He studied sailing as a child and has long dreamed of traveling across the globe and recording an album on the waves. He’d also like to spend some more time underwater; he and his bandmates occasionally ride around in submarines during their time off. One can purchase a secondhand military submarine pretty cheaply in Vladivostok, apparently, although converting one for civilian use isn’t easy to do. For this reason, piloting a sub into international waters is not advised.

“If you do that, you will probably be redirected for a military operation, and a NATO ship will target you,” he notes.

Perhaps it would be the best plan for Mumiy Troll not to inspire an international incident. After all, they’re much better in their current roles as melodic cultural ambassadors.