How custom songwriting brought joy and tears to an empty year 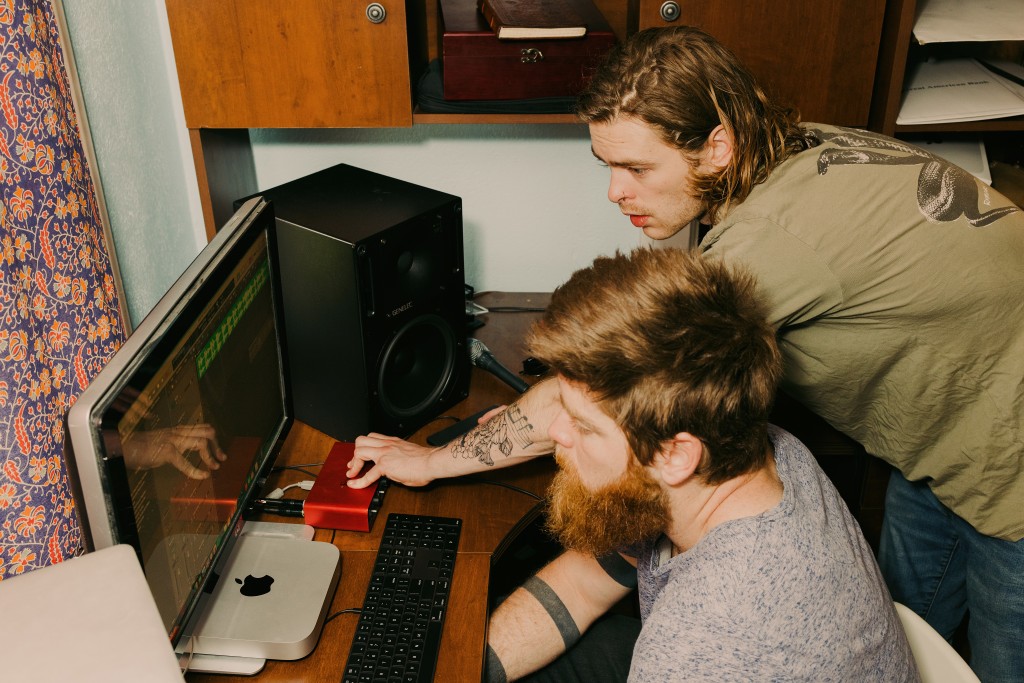 Brothers Jordan (L) and Jake Wells (R) work from Jake’s home studio on a song for a client. The song was commissioned by a daughter estranged from their mother for Mother’s Day. // Photo by Chase Castor

By January of 2021, Jake Wells Thompson was cash-strapped. The musician, who performs under the name Jake Wells, worked construction and tried selling solar panels to make ends meet while he was unable to perform in the initial throws of the pandemic.

With his birthday near, his parents asked if he could join them in Florida. No money. A trip was impossible. Then his sister had an idea: She’d create a social media graphic advertising he’d write and record custom songs for Valentine’s Day.

He shrugged, let her do it, and to his amazement, the ad worked. In fact, it worked well enough that since January he and his brother, Jordan Thompson, have done little more than create songs on demand.

But no. The people who contacted him wanted catharsis—they wanted assists with life’s heavy lifting.

The first person who reached out had been seriously dumped on. After her parents died, she’d been left in charge of her misfit siblings, and she wanted a song dedicated to herself.

Another had a disastrous relationship with her now-terminally ill mother. “This woman is basically asking me to write a song that says, ‘Fuck you. I’m angry, and I’m trying to forgive you and love you before you die,’” Wells says.

And he doesn’t mean to sound weird, but he thinks he’s got a special je ne sais quoi that lends itself to this work. 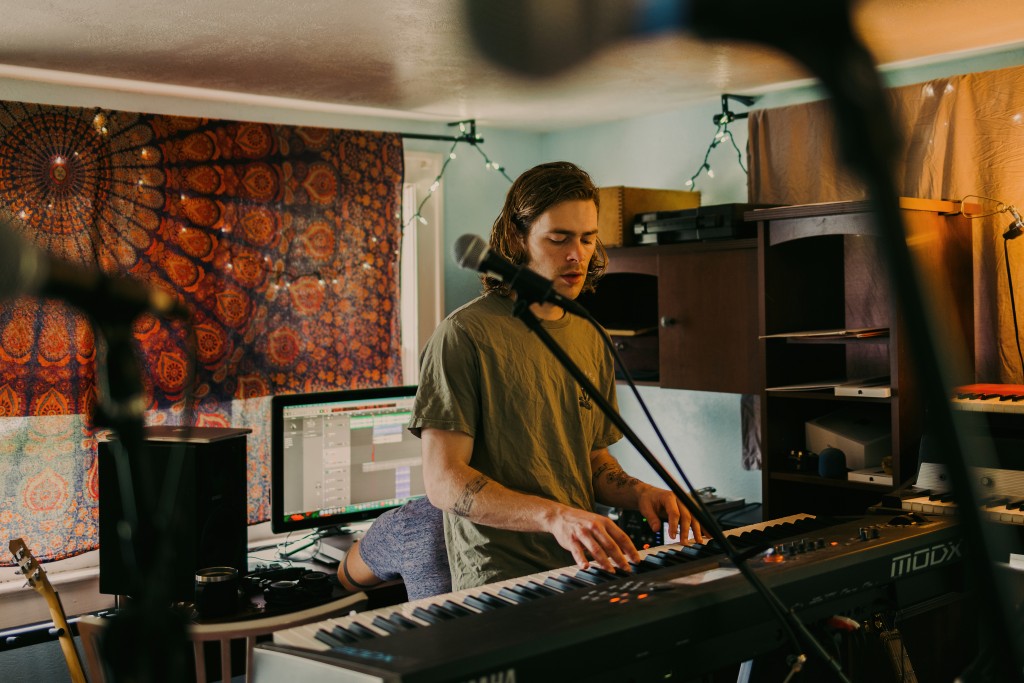 Jake working on the custom song. // Photo by Chase Castor

His curriculum vitae is certainly unusual.

When he was seven years old, his parents and four siblings packed their bags and hit the road in a tour bus to perform gospel music in churches across the nation as the “Thompson Family.” They travelled for six years.

In 2017, McNulty Casting emailed him and asked if he’d like to audition for season 15 of NBC’s The Voice. The year before, Spotify had added his first single, “Roll Like Thunder,” to its Fresh Finds playlist, and he instantly racked up 75,000 hits.

On the heels of the sudden momentum his adult music career had gained, he formed an eponymous band and started working toward an EP.

But he also got a spot on The Voice on Team Adam Levine and a vast accompaniment of social media followers, which was a great boon when he later advertised his custom songs.

Wells spent eight months away from Kansas City filming the show. When he returned, he was determined to make something of his band. They scheduled three tours for 2020, and on March 14, 2020 played a sold-out record release show at the RecordBar.

And, of course, that was the end of the band’s momentum.

“It was quite a series of events, and the timing was particularly poignant. It couldn’t have been more perfect in a sense,” Wells says. “We’d worked so hard to execute this plan; we had everything in place.”

However, he feels really good about the custom songs now that that enterprise has gained momentum of its own. As of this writing, Wells and his brother have completed four songs, which are posted on his Instagram account @_jake_wells_.

Nikki Maxwell is among them. She lives in McGaheysville, VA, and has followed Wells since his stint on The Voice. She ran across one of his first custom songs at a moment when she was wondering what song to use for the father-daughter dance at her August wedding. 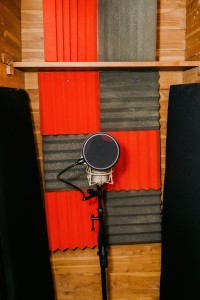 The makeshift vocal recording booth in a closet next to Jake’s studio. // Photo by Chase Castor

The song that had come closest to being appropriate was Willie Nelson’s version of “Always on My Mind.”

“I would love to use that song, but I also don’t want to hurt my dad’s feelings on the day of my wedding. So, I was looking for something that made me feel the same way that ‘Always on My Mind’ makes me feel,” Maxwell explains.

As Wells has with all his clients, he spent about 90 minutes on Zoom with Maxwell getting to know her, her life, her musical tastes, and what she wants to feel when she hears the song.

He says that Maxwell told her about her dad’s drug addiction and resultant terrifying behavior throughout her childhood, before he “found Jesus in an AA sort of way,” according to Wells.

He ends up crying on each Zoom call. “It’s just like, ‘Fuck this is hard.’ I had no idea that every single person is walking around with so much pain and trauma. It’s been eye-opening.”

In this case, Wells also spoke to Maxwell’s father, and the song is partly from his perspective. It’s velvety sweet and catchy. Wells’ vocals over his own keyboard playing and Thompson’s guitar, are a little reminiscent of John Mayer’s stylings in “Daughters.”

Maxwell says she waited to listen to it for the first time with her father.

“The song is wonderful. My dad cried; he thought it was amazing,” she says. “He did exactly what each of us could have hoped for in order to capture our relationship.”

Wells is toying with the idea of releasing an LP when he’s completed several more of the songs that are on deck. But even if he doesn’t do that, he says he knows he’s onto something meaningful, not just for him, but for all those he works with.

“All of a sudden I found this avenue,” he says. “I can connect to people, I can write meaningful music and also make a living, and it feels like something that is way bigger than what it currently exists as.” 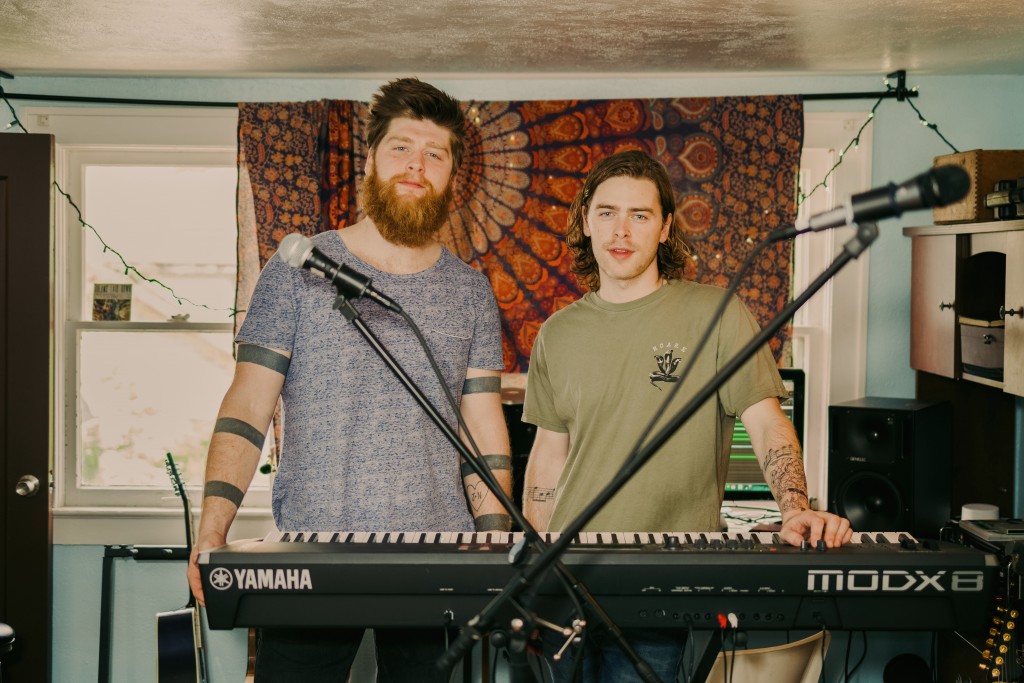