On the inevitable, but slighty delayed return of Drakkar Sauna 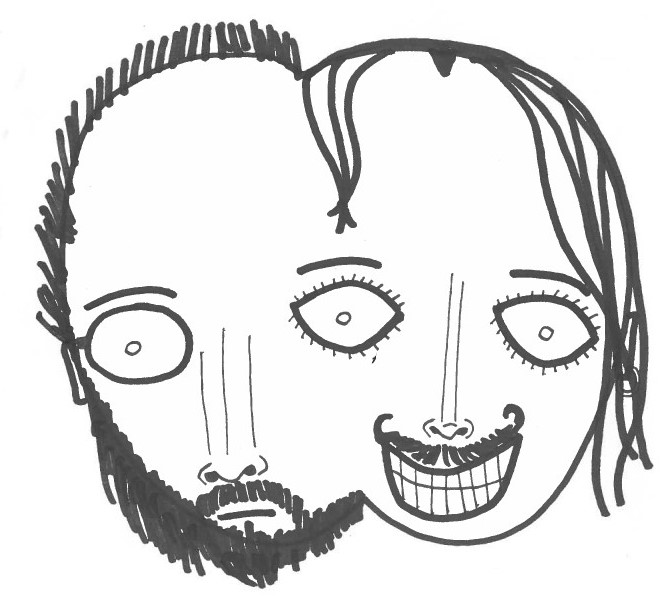 On Friday, August 7. 2015, Lawrence’s ever-intriguing, never-as-big-as-they-should-have-been folk duo Drakkar Sauna played their farewell show on the stage of the Lawrence Arts Center to a sold-out crowd. While the pair of Jeff Stoltz and Wallace Cochran would reunite once to play a show in 2017 to celebrate the release of Very Much Cologne, an album shelved when Cochran upped sticks with his family to Maui, it’s been pretty quiet on the Drakkar Sauna front the last five years.

That all changes with a pair of shows on Thursday, August 4, at the Ship in Kansas City and Saturday, August 6 at the White Schoolhouse in Lawrence. While Cochran has spent the better part of his time away first in Maui, and then in North Carolina, he’s still been playing music–his latest project is one with his daughter called Hazel & the Problems–as has Stoltz, first in garage-rockers, the Hips and more recently with country-rockers the Frightened Stag.

However, Lawrence does love them some Drakkar Sauna, so the announcement of this pair of shows was not without some excitement, meaning we needed to hop on the phone with Cochran and Stoltz to find out how this all came to be, and what to expect. Unsurprisingly, this seems to have happened much sooner, were it not for Covid.

“In 2019, Jeff built a studio behind his house and he had planned to have sort of a grand opening show or series of shows with it,” explains Cochran by phone. “He wanted me to come out and we were gonna play some reunion stuff as Drakkar Sauna around his studio space. The plan was for that to be mid-April of 2020. So, yeah: the things that have happened in our lives and in the world just kind of kicked these things down the road.”

However, despite all of the delays, Cochran and Stoltz have found ways to collaborate, despite being separated by half a country.

“Wallace by and I have recently started collaborating long distance,” Stoltz says when we speak a few days later. “Sending some tracks back and forth, which we really haven’t done since he left, basically because we just didn’t know how to do it. We’re slowly learning that process and hoping to maybe start releasing some new stuff. It feels like we’ve reunited, as far as our collaborating long distance.”

In terms of these new shows, the members of Drakkar Sauna are rather excited. Returning to their farewell show, it was a very big production, with seven other musicians joining Cochran and Stoltz on stage in a full theater. These shows at the Ship and the White Schoolhouse look to be less grandiose but certainly no less musically exciting.

“We made that last one a big to-do because it was Wallace moving,” Stoltz says. “He’d been here for so long and, and we’d collaborated because we lived in the same town and it was his farewell, and he was moving away, and we knew that it was the end of the band as we knew it at that time.”

That said, Stoltz is hoping that these shows aren’t too intimate.

“The White Schoolhouse show–it’s gonna be pretty special,” Stoltz enthuses. “We’re bringing in a stage and going to have some fun, I think.”

“I think that it’ll be emotional, but it’ll be coming together differently,” says Cochran of the difference between that farewell show and these reunion gigs. “I love playing music with Jeff and we’ve played a lot of shows in front of three or four people and we’ve been lucky enough to play shows in front of fairly good crowds and good size crowds and yeah–we got a nice set list.”

For those wanting a pre-show, Stoltz’s band, The Frightened Stag, and Cochran’s band with his daughter, Hazel & the Problem, play the Kaw Valley Public House in Lawrence on Saturday, July 30.

Photos: The Shins celebrate 21 years of Oh, Inverted World at the Midland