On Tap: Where to drink in a week packed with birthday parties, Oktoberfests and baseketball 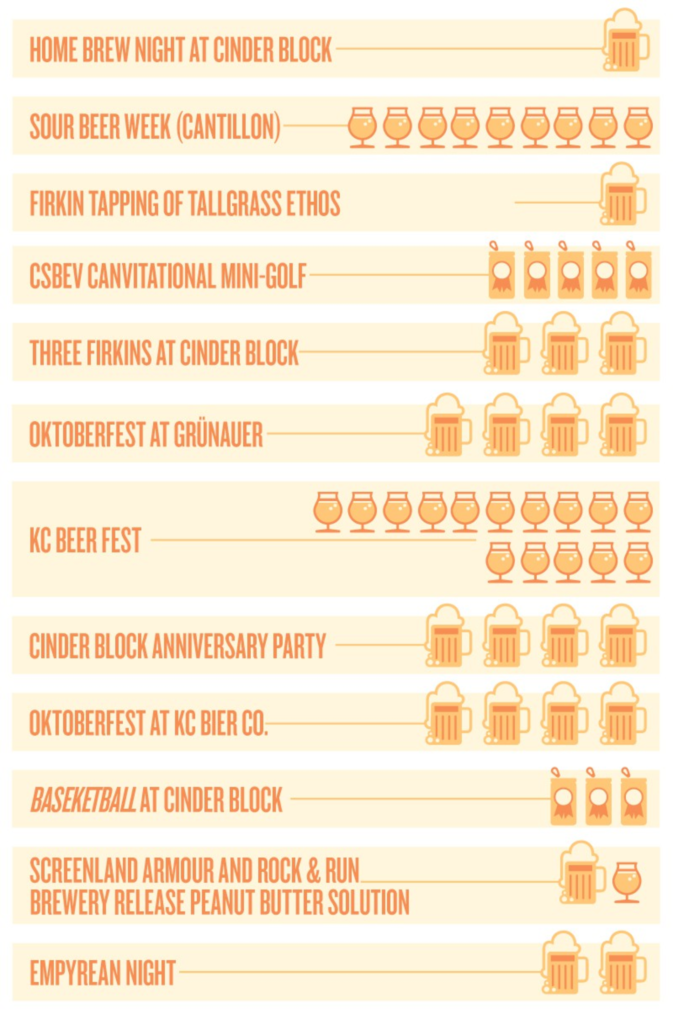 This is the week you drink all of the beer.

The next seven days are loaded with anniversary parties (Cinder Block’s first birthday and Barley’s Brewhaus’ 19th anniversary, with the latter kicking off a month of events), Oktoberfests (Grünauer and KC Bier Co. go traditional) and KC Beer Fest. Oh, and mini-golf.

You’re going to want to pace yourself. But don’t worry — we’re here to help you through the tough decisions by suggesting just how much to imbibe at each event. See a tulip glass? That’s where you’ll stick to tasting portions. See a mug or a can (or two or three)? Saddle up. For more details on each event, see this week’s On Tap listings below.

Tuesday, September 30
Screenland Armour and Rock & Run Brewery release a collaboration brew (Peanut Butter Solution, a vanilla peanut butter stout) along with a showing of Back to the Future at the brewery (110 East Kansas, Liberty), 7 p.m.

Out now: Boulevard and Ommegang Collaboration No. 4