On Tap: KC Craft Beer Week is big, but it’s not the only brew game in town this week 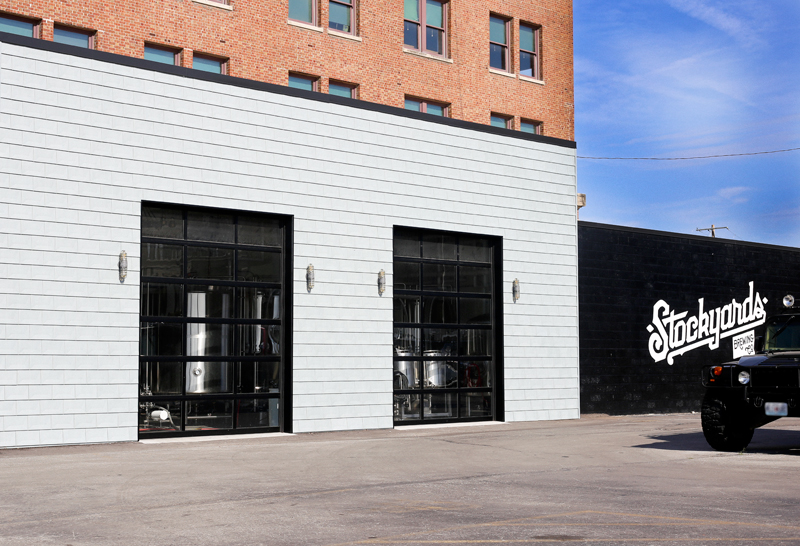 The beer celebration kicks off Sunday, November 6, and runs through Saturday, November 12. The Sunday after KCBW is for rest, something to keep in mind as you attempt to hit a plurality of events (full schedule: kccraftbeerweek.com).

Consider the following your pre-game: The Pitch’s autumn edition of Crafts & Drafts happens from 11 a.m. to 6 p.m. this Saturday at the Uptown Shoppes (3600 Broadway). It’s early holiday shopping with a beer in hand, and it’s free.

Rock & Run Brewery (110 East Kansas Street, Liberty) has put its Saminator into bourbon barrels for a December release. Cherry Bomb Wheat and Backline, a Belgian Red IPA, will be released in a few weeks.

Colony Handcrafted Ales hit its $10,000 goal on Kickstarter after four days. The money will help pay for brewing equipment and construction at Colony Espresso & Beer (312 Armour Road in North Kansas City). The company hopes to serve beer from brewer Rodney Beagle (such as its Whiskey Saison and its Strawberry Cream Ale) in the spring of 2017.

Piney River Brewing Company (15194 Walnut Grove Drive, Bucyrus) is bringing 12-ounce cans to Kansas City. Although Piney River has been canning since 2011, its beers (previously in 16-ounce cans) have never been in the KC market. Float Trip Ale and Black Walnut Wheat are among the brews that will arrive in six-packs and on taps over the next few weeks.

Tallgrass Brewing Company’s experimental single-hop series is out. The first is Idaho 7 IPA, and it delivers plenty of pine for those looking for a little Pacific Northwest in their glass. Also now in cans is Backpacker Brown Ale, which has a strong malt backbone to balance citrusy hops, and Vanilla Bean Buffalo Sweat.

Stockyards Brewing Company (1600 Genessee Street) is putting on Stockyards Shaves for Movember with Buffalo Mane Barbers. As its name implies, the event invites men to have their beards shaved off at 7 p.m. to help raise awareness and money for the Movember Foundation (which is dedicated to the health of young men). To kick off the day’s festivities, Stockyards is releasing its Imperial Smoked Pilsner at noon; $1 from every beer sold on this day benefits the foundation.

For National Homebrew Day, Whole Foods’ Lone Elm Taproom (14615 West 119th Street, Olathe) and the Johnson County Brewing Society are teaming up to teach folks the basics. The class starts at 3 p.m., and there will also be samples of local home brew along with bites from Whole Foods. The judging for a homebrew competition kicks off at 5 p.m.

Tapped arrives at the Sprint Center (1407 Grand) for two sessions: 1 to 4 p.m. (VIP entry at noon), and 6 to 9 p.m. (VIP at 5 p.m.). The traveling beer festival pours more than 100 beers (Lazy Magnolia, Elysian and Crane among them), ciders and wine, with indoor yard games from Top Golf serving as entertainment. Tickets start at $39, with early access going for $59 and VIP for $74.

Jimmy Kimmel may have invented it, but Bier Station (120 East Gregory) is looking to perfect it. Brewers Read Mean Tweets II happens at 7 p.m. The event is free. The language is salty. The laughs are genuine.

It’s Betty Night with the Nebraska Brewing Company at the Flying Saucer Draught Emporium (101 East 13th Street) from 6 to 11:30 p.m. Expect pours of Little Betty, Black Betty and Sexy Betty — a trio of imperial stouts. The Black Betty has lovely chocolate notes and is aged in whiskey barrels; the Sexy Betty took a turn in brandy barrels. Think about an Uber for this one.

Need a reason to vote besides your civic duty? If you’re wearing an “I Voted” sticker and find yourself at McCoy’s, the Foundry, Beer Kitchen or Char Bar in Westport, you’re entitled to a free beverage.