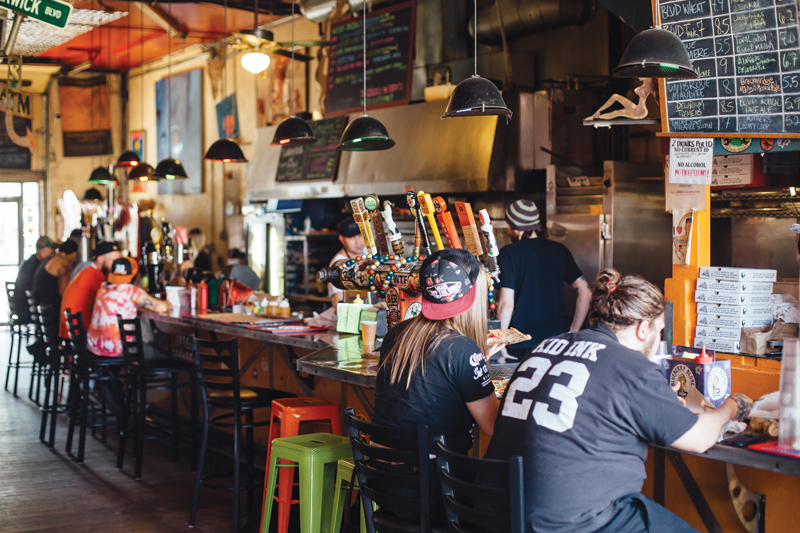 From 4 to 7 p.m., Bier Station (120 East Gregory Boulevard) puts on a New Holland Filthy Pumpkin happy hour, with the beer a blend of Ichabod Pumpkin Ale and Dragon’s Milk Bourbon Barrel Stout. A New Holland ambassador will be on-site.

Last year’s Free State Brewing Company total tap takeover at Bier Station (120 East Gregory Boulevard) was such a success — how could it not have been when there were massive bowls of cheddar-ale soup? — that a return engagement was inevitable. It goes down today, with Free State packing an astounding 28 of its finest beers for the drive. The brewery is remaining tight-lipped about which beers are making the journey from Lawrence, but we’ll quietly hope for some good fall-weather selections: barleywines, stouts, barrel-aged brews, that kind of thing.

Twenty-five breweries are represented at the Blue Grass Brew Bash at Grinders (417 East 18th Street). A $45 entry provides unlimited pours and music from the John Brown Boys, Truckstop Honeymoon, and Julian Davis and the Hay-Burners. Participating breweries include Defiance, Ballast Point, Nebraska, Perennial Artisan Ales, Chestnut, Crane, Zipline, Boulevard, Firestone Walker, Founders and Lagunitas, among many others. Get your tickets in advance at mobetterbrews.com.

If you find yourself in Lawrence, visit Gaslight Gardens (317 North Second Street) for an Oktoberfest-themed bean-bag tournament. It starts at noon and runs all day, with taps flowing all Oktoberfest, including beers from Mother’s, Free State, Santa Fe, Haufbrau, Sam Adams, Big Eddy and Boulevard.

For a bargain, visit Gordon Biersch (100 East 14th Street) today starting at 4 p.m. for a pretzel-and-beer party. Nine dollars gets you two giant pretzels and 21 ounces of any Gordon Biersch beer. From 6 to 10 p.m., Green Room Burgers & Beer (4010 Pennsylvania) is hosting a pumpkin-carving party with, naturally, beer (brews TBA).