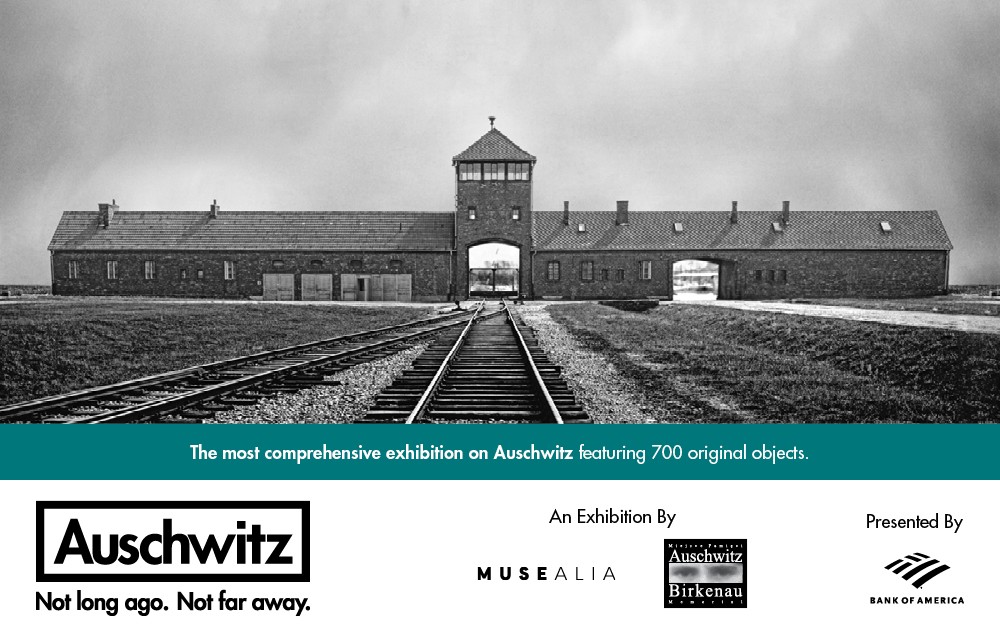 Auschwitz. Not long ago. Not far away. // Photo courtesy Union Station

The United Nations honors January 27 as International Holocaust Remembrance Day because it was the day Auschwitz-Birkenau was liberated in 1945. The Midwest Center for Holocaust Education is partnering with Union Station to provide Holocaust education throughout most of 2021 in the Auschwitz. Not long ago. Not far away. exhibit.

Jewish Studies scholar Oren Stier will give a presentation on how iconic symbols, such as railway cars, the number 6 million, and Anne Frank have been used and reproduced. Stier will also speak about how these symbols are under threat and what the future holds for Holocaust memory tonight, January 27, over Zoom at 6:30 p.m. 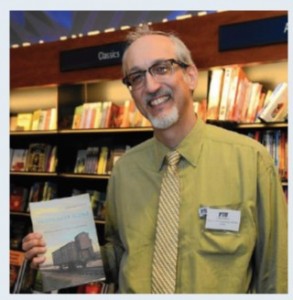 Dr. Shelly Cline, Director of Education and Historian for the Midwest Center for Holocaust Education, knew Stier from a conference. The MCHE felt his presentation would be very timely because it addresses memory according to MCHE Executive Director Jessica Rockhold. Memory is a major part of Holocaust Remembrance Day.

“We must never forget the truth of what happened across Europe or brush aside the horrors inflicted on our fellow humans because of the doctrines of hatred and division,” says a statement released from President Biden today.

According to Rockhold, Union Station wanted to bring Auschwitz. Not long ago. Not far away. to Kansas City when it was still in curation. The only other place in North America to see this exhibit, besides New York City, will be at Union Station.

The exhibit will feature 700 original objects and 400 photographs from the Auschwitz-Birkenau State Museum. These objects include suitcases, eyeglasses, and shoes that belonged to survivors and victims of the camp.

Other artifacts include a desk and other possessions of Rudolf Höss, the first and longest-serving Auschwitz commandant, and an original Model 2 freight train car used for the deportation of Jews to the ghettos and extermination camps in German-occupied Poland.

The Union Station website says, “The exhibition explores the dual identity of the camp as a physical location—the largest documented mass murder site in human history—and as a symbol of the borderless manifestation of hatred and human barbarity.”

The MCHE is also providing education for teachers so they can feel empowered to teach about the Holocaust in classrooms.

“If we can reach one teacher, we’ve reached hundreds, or in some cases, thousands of students,” says Rockhold.

The exhibit itself is framed around Auschwitz, but it covers the entire scope of the Holocaust. It will cover pre-war life so we can meet victims as they lived, not only as they died. Rockhold says it is important to contextualize the lives victims were leading and seeking to lead instead of only knowing them as victims.

A day of insurrection and deadly violence at the U.S. Capitol on January 6 included antisemitic imagery. Rioter Robert Keith Packer of Virginia was seen wearing a sweatshirt with the phrase “Camp Auschwitz” on it. 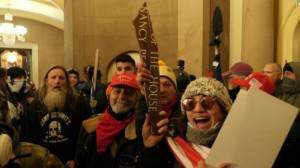 “I think that that is a moment where people started to see the correlation with, if they didn’t already know the correlation, with white supremacy and antisemitism,” says Rockhold, “That event started to highlight it for some people, because of the sweatshirts and the statements and just the imagery that surrounded that event. It brought into, you know, into the clear that antisemitism as part of that messaging and part of what those movements believe.”

Auschwitz. Not long ago. Not far away. will be a time to learn and reflect on the horrors of the Holocaust as well as look to a brighter future. We must keep the legacy of Holocaust victims alive by educating ourselves and others to stop antisemitism and hatred in our communities.

The United Nations will be holding multiple virtual events pertaining to Holocaust Remembrance through February 11. Events include a panel on Holocaust denial and distortion as well as a concert featuring the UN Chamber Music Society. More information can be found here.

Auschwitz. Not long ago. Not far away. will open in June at Union Station. Tickets are $25 and can be purchased here.

Registration for Oren Stier’s Zoom presentation tonight at 6:30 can be found here. For updates on future speakers and events, visit the Midwest Center for Holocaust Education’s website.